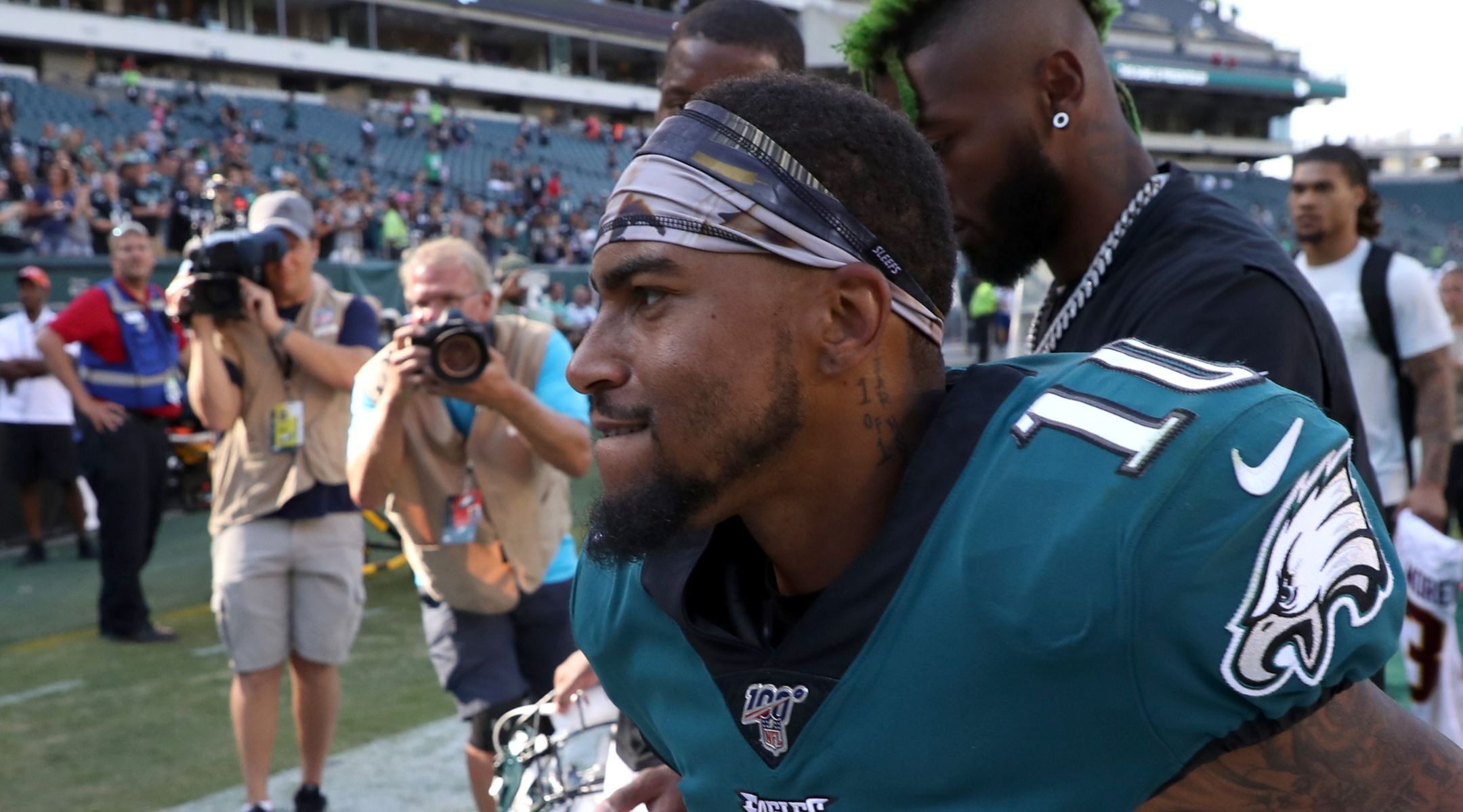 One of the two Hitler quotes posted Monday accuses “white Jews” of having a “plan for world domination.” He later added to the post that he has “no hatred” toward the Jewish community.

The Snopes website reports that the quote is not attributable to Hitler and appears to have been first published on a “clickbait web site” called FMLGoneViral.com in 2015.

The post also says: “Hitler said, ‘because the white Jews knows that the Negroes are the real Children of Israel and to keep Americas secret the Jews will blackmail America. … The white citizens of America will be terrified to know that all this time they’ve been mistreating and discriminating and lynching the Children of Israel.’”

Jackson later added to one of the posts: “Anyone who feels I have hate towards the Jewish community took my post the wrong way. I have no hatred in my heart toward no one!! Equality. Equality [raised fist emojis].”

On Saturday, he posted a photo of Nation of Islam leader Louis Farrakhan delivering his three-hour Fourth of July address in which Farrakhan, who has called Jews “termites” and denounced the “Synagogue of Satan,” repeated canards about Jews.

Jackson wrote: “This man powerful I hope everyone got a chance to watch this!! Don’t be blinded. Know what’s going on!!”

On Tuesday, however, Jackson removed the posts and posted an apology.

“I post a lot of things that are sent to me. I do not have hatred towards anyone,” he wrote. “I really didn’t realize what this passage was saying. Hitler has caused terrible pain to Jewish people like the pain African-Americans have suffered. We should be together fighting anti-Semitism and racism. This was a mistake to post this and I truly apologize for posting it and sorry for any hurt I have caused.”

The Eagles brought back Jackson late last season after he had played for the team in 2008-10. Eagles owner Jeffrey Lurie and general manager Howie Roseman are Jewish.

The team released a statement on Tuesday morning addressing the Instagram posts saying it had “spoken with” Jackson about his social media posts.

“Regardless of his intentions, the messages he shared were offensive, harmful, and absolutely appalling,” the statement said. “They have no place in our society, and are not condoned or supported in any way by the organization. We are disappointed and we reiterated to DeSean the importance of not only apologizing, but also using his platform to take action to promote unity, equality, and respect.”

The team said it was evaluating the circumstances and “will take appropriate action.”