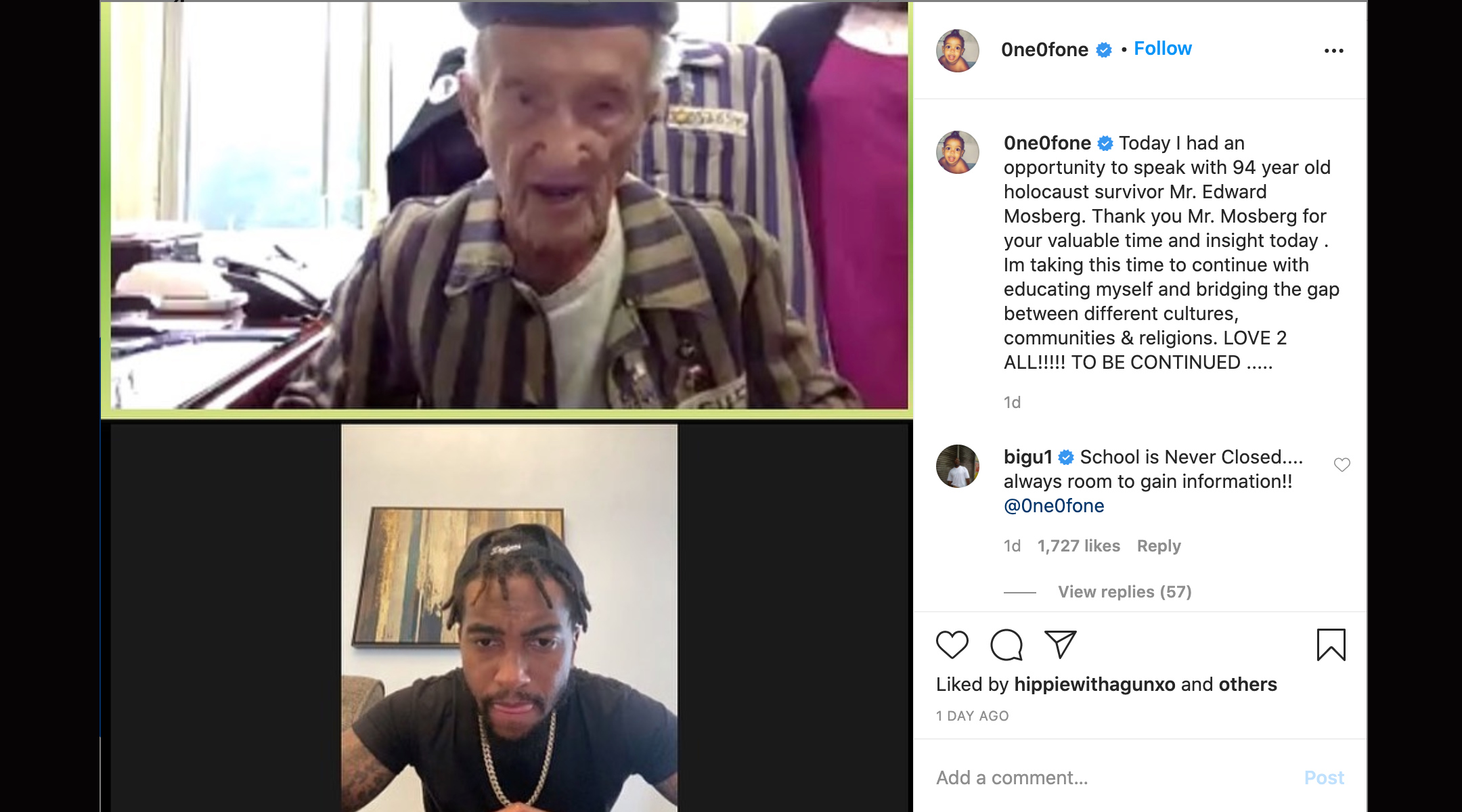 Jackson, a wide receiver for the Philadelphia Eagles, accepted the invitation Saturday during a Zoom conversation with Edward Mosberg, 94, from New Jersey.

Mosberg, who chairs From the Depths, a Holocaust commemoration group, proposed the call following an outcry over Jackson’s posts on social media. Jackson deleted the posts and apologized for them.

“I grew up in L.A., and never really spent time with anyone from the Jewish community and didn’t know much about their history,” Jackson said on the call with Mosberg. “This has been such a powerful experience for me to learn and educate myself.”

“Thank you Mr. Mosberg for your valuable time and insight today,” Jackson posted on Instagram after the call, along with a screenshot showing that Mosberg wore a concentration camp uniform on the call. “I’m taking this time to continue with educating myself and bridging the gap between different cultures, communities & religions. LOVE 2 ALL!!!!!”

On the possibility of visiting the former Nazi death camp in Poland, Jackson told Mosberg: “I would be honored to come to Auschwitz and learn from you,” according to From the Depths founder Jonny Daniels, who was on the call.

“Dialogue is the key to making this crazy world we live in a better place, with everything so divided is so powerful to bring us all together,” Daniels said. “We are working with DeSean and his team to set dates for this trip to go ahead and are happy that DeSean agreed.”

The visit has not yet been scheduled. While Auschwitz is open to visitors, Americans cannot currently travel to Europe because of the coronavirus pandemic. (Mosberg most recently visited in January for a ceremony marking the 75th anniversary of the camp’s liberation.)

Jackson has also been invited to the United States Holocaust Memorial Museum by Julian Edelman, the New England Patriots receiver who identifies as Jewish and frequently speaks out against anti-Semitism. Edelman said he would also accompany Jackson to the National Museum of African American History and Culture. Both Washington, D.C., museums are currently closed because of the pandemic.