‘Teach me, fix me’: Nick Cannon opens up to rabbi after making anti-Semitic comments 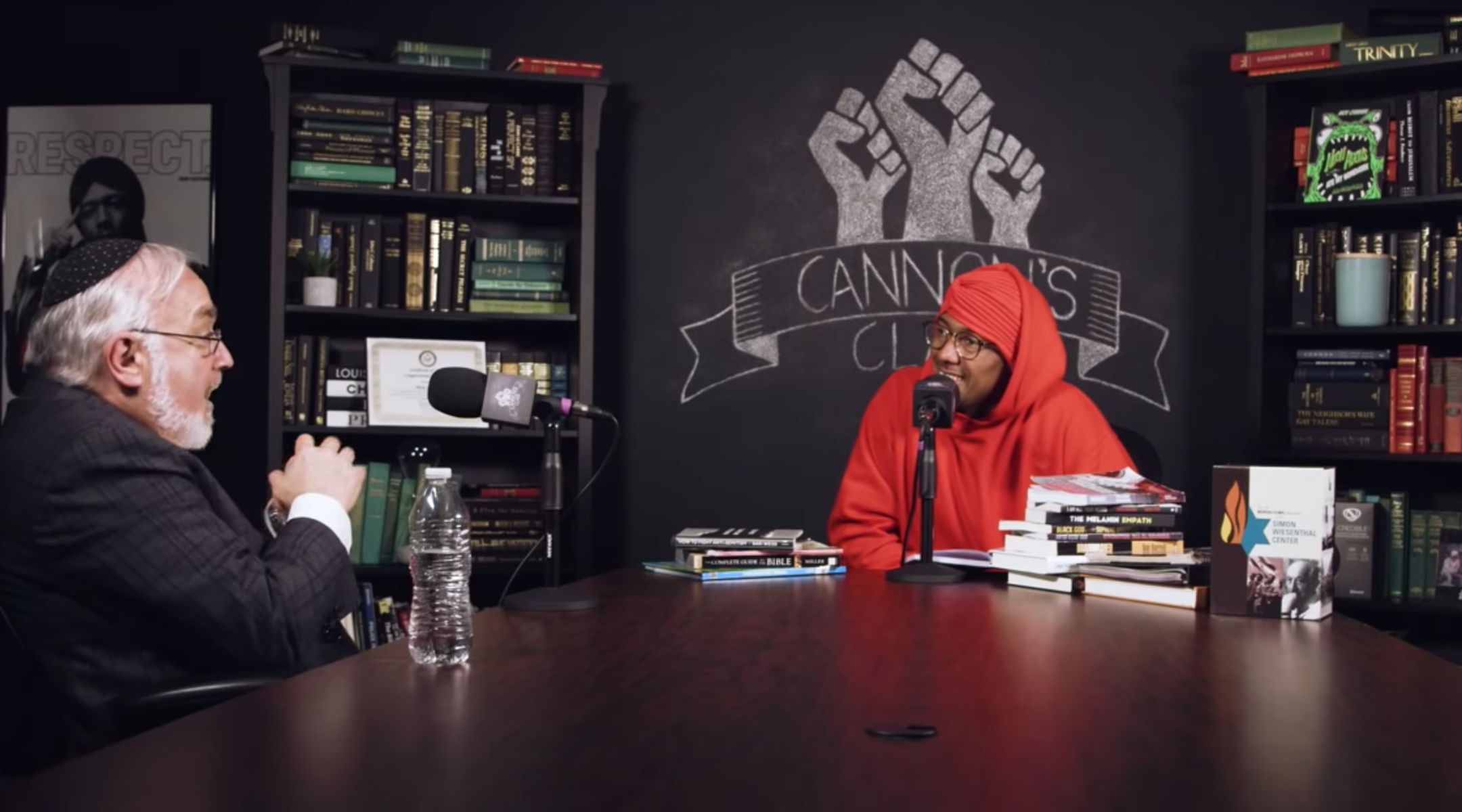 In a nearly two-hour discussion with Rabbi Abraham Cooper of the Simon Wiesenthal Center published on YouTube Tuesday, Cannon traversed several topics: He apologized again for making anti-Semitic comments on his online show; spoke about his study of multiple religions and his religious father; and exchanged philosophies of forgiveness and evil with Cooper.

“I didn’t do this to … ‘Oh let’s show the world we can work together.’ I did this from a place of sincerity,” Cannon said in the talk, which makes up the latest edition of his show “Cannon’s Class.”

During the spirited discussion, Cannon said that he is going to visit Jerusalem at some point and hinted that he is “studying the Torah daily.” He also said he has read Bari Weiss’ recent book “How To Fight Anti-Semitism.”

“I am asking to be corrected from your community, give me books, teach me, I am an empty vessel, an empty broken vessel,” he said. “Teach me, fix me, lead me.”

But Cannon did not directly disavow the anti-Semitic rhetoric of Nation of Islam leader Louis Farrakhan, whom Cooper mentioned repeatedly as the source of the conspiracy theories he said Cannon was “parroting.”

On a recent episode of “Cannon’s Class,” Cannon mentioned anti-Semitic theories — including the idea that “Zionists” and “Rothschilds” have “too much power” — in a conversation with Professor Griff, a rapper best known for being a member of the early hip-hop group Public Enemy. Cannon also praised Farrakhan and claimed that Black people are the “true Hebrews.”

ViacomCBS cut ties with the TV host and actor in the wake of the statements. Fox allowed him to keep his job as host of the show “The Masked Singer” after he issued an official apology statement.

Jewish Insider reported that Cannon and Cooper recorded the interview last week, and that Cannon visited the Wiesenthal Center’s Museum of Tolerance in Los Angeles on Monday. Cannon also donated money to the center, which is dedicated to spreading awareness about the Holocaust and is currently closed to the public.

Watch the full talk, which is broken up into two videos, below.