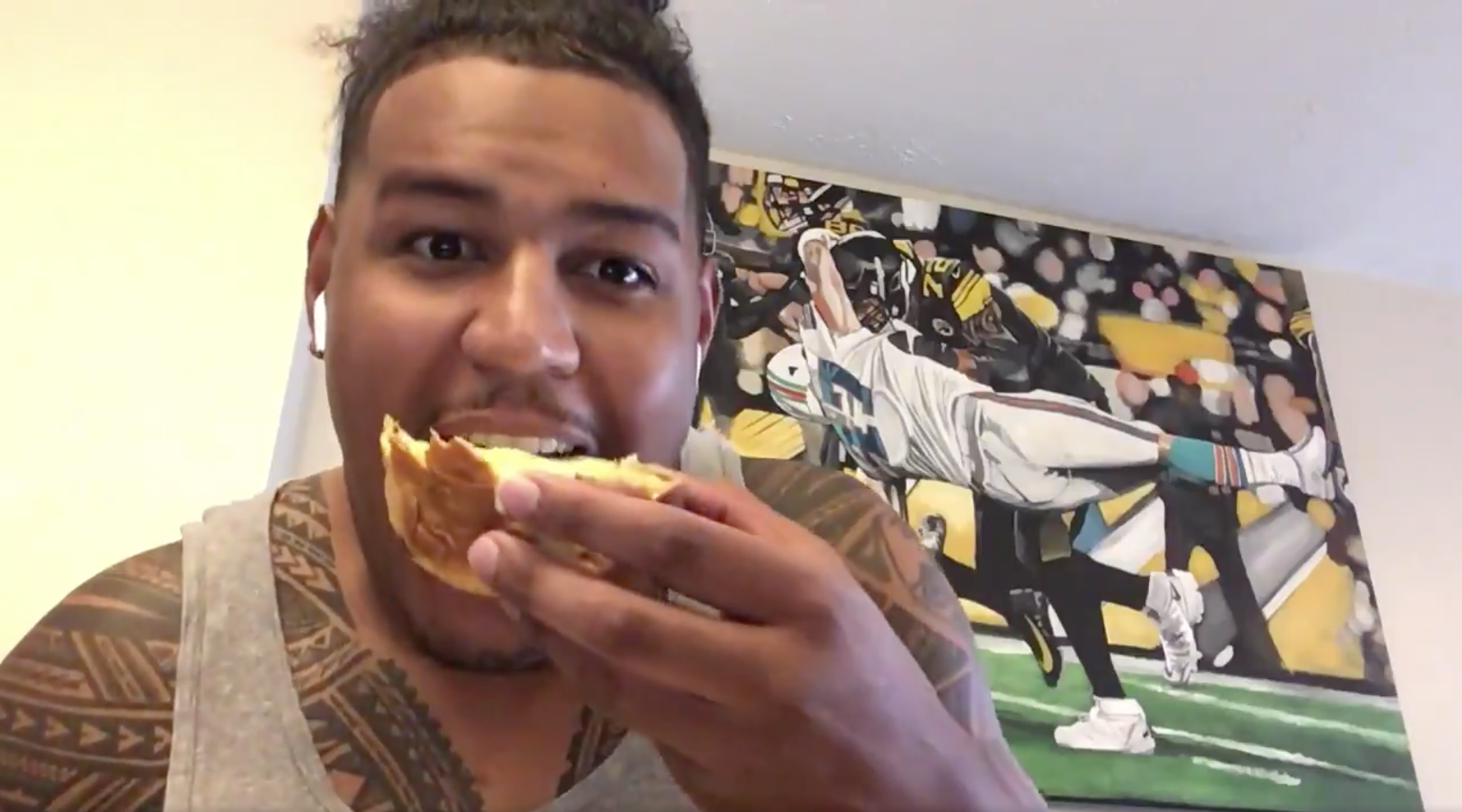 (JTA) – Zach Banner of the NFL’s Pittsburgh Steelers now knows what challah tastes like — and he can say the word properly.

With “a little phleghm,” the offensive lineman said in a tweeted video of himself this week.

In a recent interview, Banner said that after he posted tweets and videos embracing the Jewish community amid the anti-Semitism furor involving fellow NFLer DeSean Jackson, he has received an outpouring of love — including the delivery of loaves of challah.

That affection has also included donations to his B3 Foundation, which supports children academically and athletically in Tacoma, Washington; Los Angeles; and Guam.

So he was profoundly grateful when he heard that four sisters in NewsJersey who call themselves the Challah Back Girls announced that they would donate 50% of their proceeds for a week from July 13, and some challah, to the foundation.

Since early June, the sisters have been baking and delivering the bread and donating a portion of the proceeds to social justice groups, The Los Angeles Jewish Journal reported. They bake in their own kitchen and say they use all kosher ingredients.

“These incredible women have used their passion and love to raise money for a lot of organizations, especially the ones who are supporting the Black Lives Matter movement,” Banner tweeted in a video on July 15. “This is gonna be my first time eating challah bread and I’m so excited. God Bless. Thank you, ladies!”

On Tuesday, Banner tweeted a video of himself making his challah-tasting debut. He showed a preference for the coffee crumb version.

“That is fire, wow!” he exclaimed.

He said it had been a long time since he had eaten any carbs or sugar.

Along with learning the correct pronunciation of challah, Banner now knows to omit the word bread afterward — it’s redundant.

Responses to his tweet included the suggestion that he try gefilte fish and matzah ball soup. Someone also warned him away from raisin challah, calling it “the reason we all have trust issues.”

The Challah Back Girls, by the way, are diehard Steelers fans and have season tickets, according to the Jewish Journal, driving seven hours each way to attend every home game.

Deadline for ordering in support of @B3Foundation is TOMORROW at 9am (yeah, I messed that up in the video). ➡️ https://t.co/cxuKjno5o6 pic.twitter.com/n9CRBqI6x7