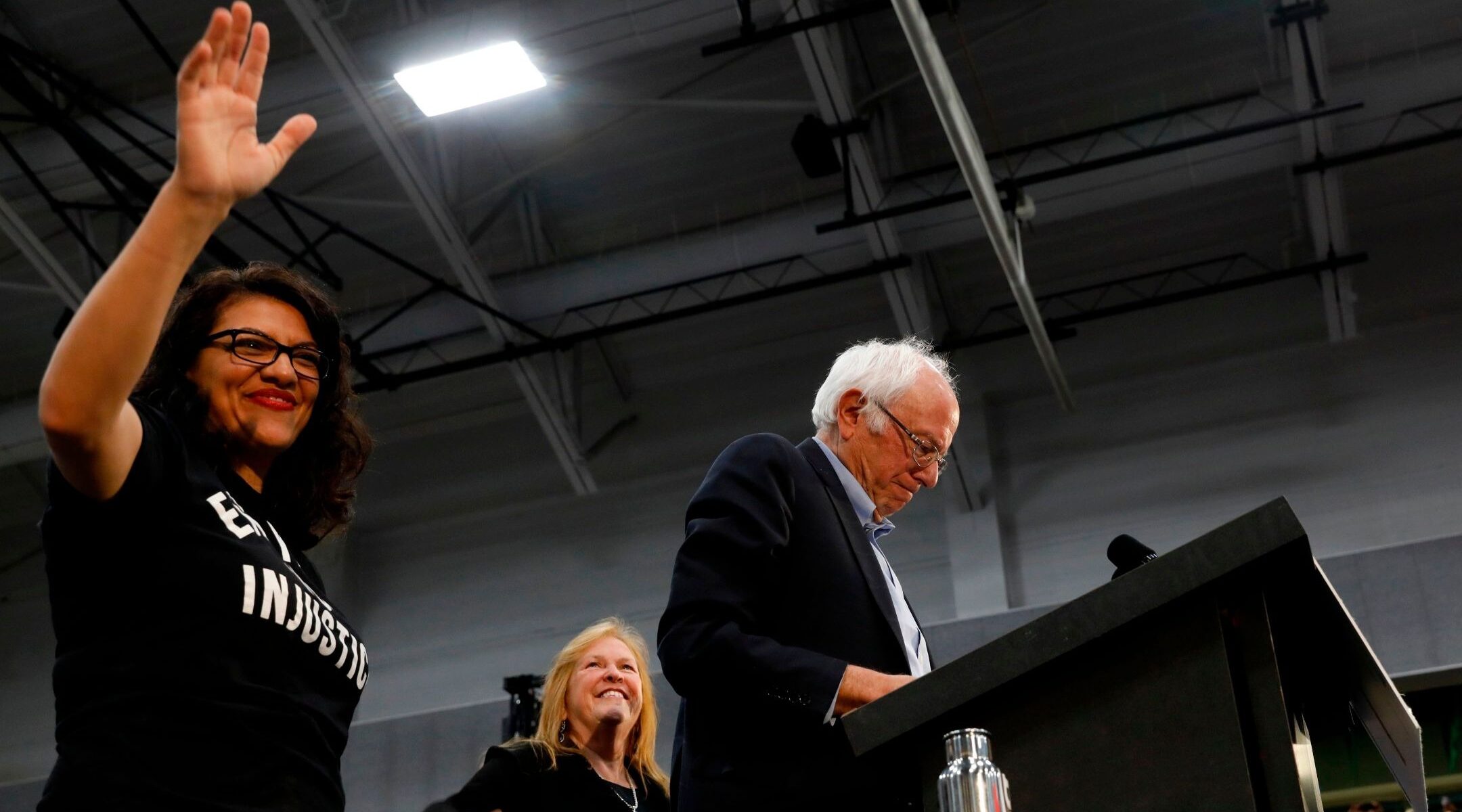 WASHINGTON (JTA) — The Israel issue isn’t necessarily toward the top of the progressive to-do lists at the moment, but that doesn’t mean elements of the movement are any less at odds with the pro-Israel community.

That was evident in an interview this week that the Democratic Socialists of America’s New York City co-chairwoman, Sumathy Kumar, gave with the news site Kings County Politics.

Kings County Politics: I noticed in the DSA questionnaire given to all local candidates looking for DSA support before this year’s state races that they were asked if they support Divestment, Sanction and Boycott (BDS) the state of Israel for their policies regarding Palestinians. Does the DSA support BDS as a policy plank?

Kumar: The DSA is in favor of BDS and believes everybody has a right to their home. Obviously in New York City, we don’t have that much that we’re doing around that here, but we have a national organization that focuses on international affairs.

So does the DSA support the existence of the state of Israel?

I feel like that’s not really relevant to this conversation.

That’s a tough stance to back in a country that’s still overwhelmingly pro-Israel. But it’s worth noting that not all progressives feel this way. Ritchie Torres, a progressive being backed by pro-Israel groups who secured the Democratic nomination last month in a Bronx congressional district, did not think the exchange made much sense.

“The leadership of the DSA declines to affirm that the state of Israel should exist,” he said on Twitter. “’Insane’ is the word that comes to mind.”

Sanders, the erstwhile presidential candidate who has repeatedly angered the pro-Israel community for saying things like the United States should move money to Gaza from the funds earmarked for defense assistance for Israel, was joined by three progressives he is endorsing: Jamaal Bowman of New York, Rashida Tlaib of Michigan and Cori Bush of Missouri.

Bowman in a recent primary ousted longtime pro-Israel stalwart Eliot Engel and, like Sanders, said he would condition assistance to Israel. Tlaib, a Palestinian-American congresswoman from a Detroit-area district who just won her primary, believes in a binational one-state solution and backs BDS.

Bush in a primary just ousted a longtime pro-Israel congressman, Lacy Clay, in the St. Louis area. She is expected to win the general election and would become the third House member to support the boycott Israel movement along with Tlaib and Rep. Ilhan Omar of Minnesota.

In the event on the Sanders campaign’s YouTube channel, each of the candidates told compelling stories about themselves and their constituents who had to overcome institutionalized adversity. Bowman, for example, described how his experience as a middle-school principal informed his campaign.

“I approached education, first and foremost, as a teacher, school counselor, middle-school principal, and then maybe like a social justice educator,” he said. “You know it wasn’t just about providing a quality academic environment. It was about social and emotional learning, it was about mental health, it was about interrogating the community and why certain communities lived in concentrated poverty and others did not.”

The pro-Israel community may take some comfort in the absence of the mention of Israel, but as the Kings County interview shows, it should not.

Compelling narratives of class struggle are what is winning elections for these candidates. And when their Israel-critical posture emerges, it will be inextricably woven into those narratives, in no small part because of the tendency of some pro-Israel activists to make enemies of these folks.

Bush removed from her campaign website the page in which she endorsed BDS. Still, Clay made it an issue — he sent around a mailer that highlighted her BDS support and his own pro-Israel record.

Russel Neiss, a St. Louis-area Jewish educator and technologist, analyzed the mailing and said it went mostly to an area with large concentrations of Jews.

Pro-Israel PACs spent $1.5 million into a bid to defeat Bowman, a similar amount to defeat Sanders and millions in an effort to replace Omar, who faces a primary next week. The only thing protecting Tlaib from a similar onslaught was her primary rival’s associations with Louis Farrakhan, who has spewed anti-Semitic rhetoric over the years.

How tightly the Israel postures of these progressives are tied to their appeal was evident in how Bowman celebrated this week when he learned that he had earned the endorsement of Barack Obama. Bowman told his followers on Twitter that he heard the former president  endorsed him in part after reading his letter to Rabbi Avi Weiss in trying to address the longtime New York Jewish activist’s concerns about the candidate’s Israel policies.

“He loved it,” Bowman said.

Notably, Weiss did not.