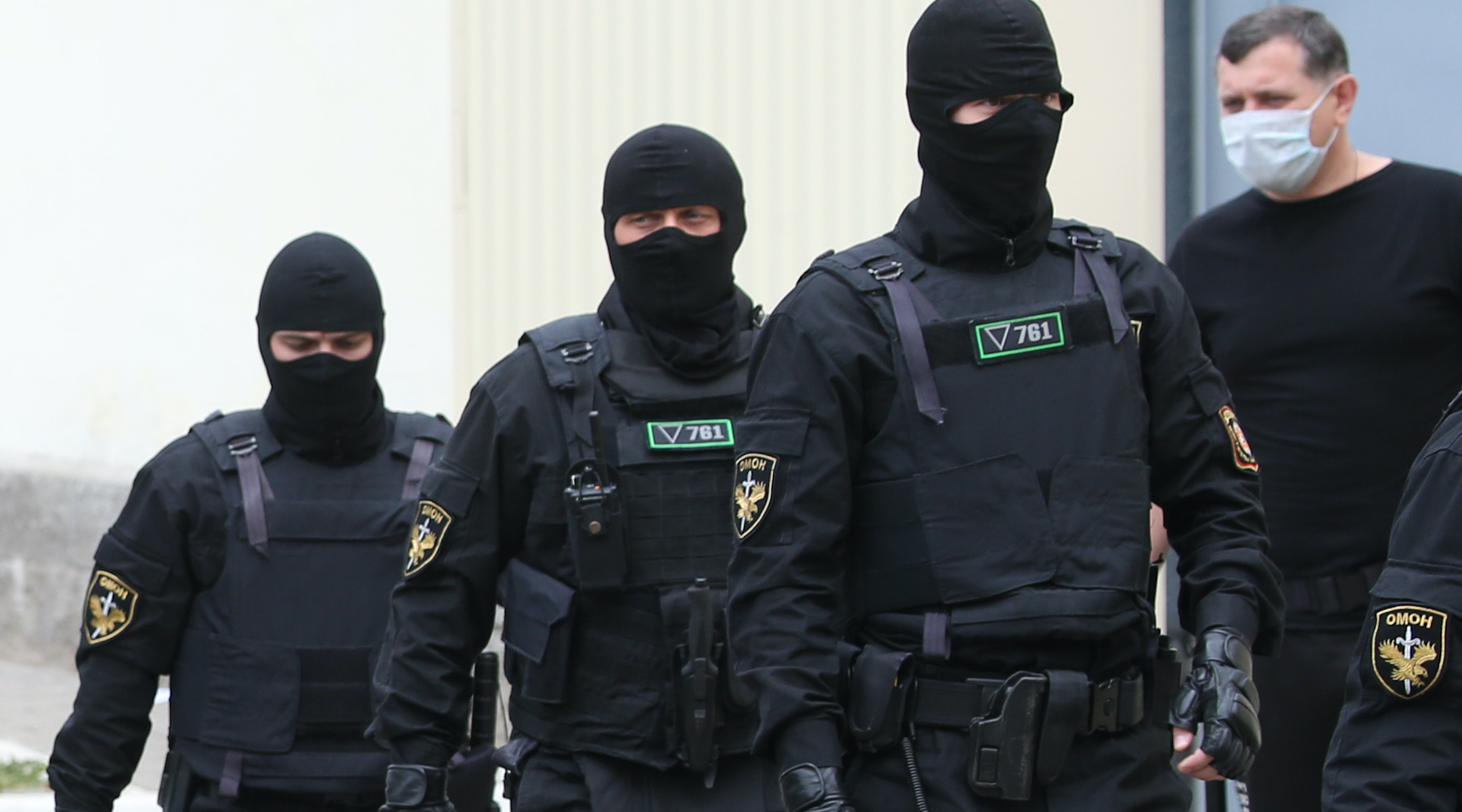 (JTA) — Seeking an air conditioned place to escape the summer heat, Artur Raisky and a friend decided last Saturday to walk to a McDonald’s in downtown Minsk, the capital of their native Belarus.

But Raisky, 25, and his 22-year-old friend, Albert Kengerli, never reached the restaurant.

They were arrested at random on the street and locked up as part of the mass arrests being carried out by security forces in connection with protests against the authoritarian regime of President Alexander Lukashenko, who is often called Europe’s last remaining dictator.

The protests were triggered by the Aug. 9 presidential elections, which are widely seen to be rigged. Lukashenko claimed to have won about 80% of the vote.

Raisky and Kengerli, both Jewish tech professionals and former heads of the local Nezter Zionist movement affiliated with Reform Judaism, were not part of the protests, which erupted in earnest Sunday, Raisky told the Jewish Telegraphic Agency. He was released Tuesday. Kengerli is still in police custody and reportedly ill, his whereabouts unknown.

“There had been protest initiatives going on all week, and everyone knew there’d be a mass rally on Sunday. So they just arrested young people at random,” said Raisky, who left in 2017 to work in Moscow. He was back in Minsk to visit his family “and really had no intention of protesting,” he said.

But many of his Jewish friends back in Minsk — at least six from his immediate social circle, he said — are involved in protests, Raisky said. One of them, 19-year-old Rafik Kengerli, the brother of Albert, has been arrested twice this month. He has been released and is scheduled to stand trial next week for “hooliganism.”

Raisky surmised that Albert Kengerli may have been kept in jail and not released like he was because police have a record on Kengerli’s brother.

Raisky said he was not abused during his time in jail, though he was put with 14 others into a cell that is intended for four.

Like many of the young protesters in Minsk and across Belarus this month, Raisky and the Kengerlis were born during Lukashenko’s rule  starting in 1994. Lukashenko has claimed to have won the popular vote in several elections against sham opponents that internationally were deemed to be unfair and not free. 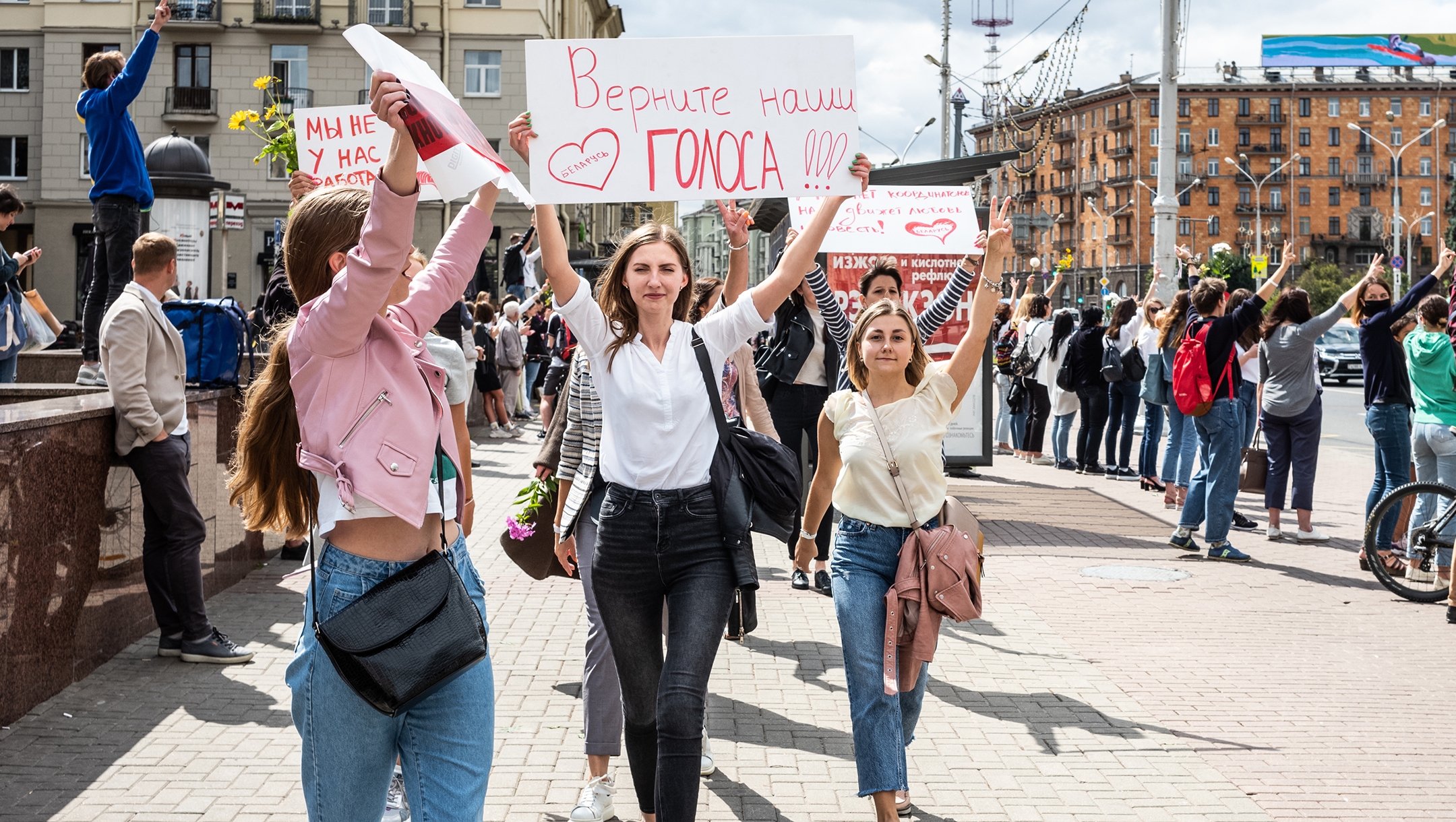 Belarus has about 20,000 Jews, and while many are displeased by the lack of democratic representation and independent judiciary there, many are also appreciative of the relative religious freedom and personal safety that have characterized the Lukashenko regime. Unlike several post-communist countries, anti-Semitic incidents are quite rare in Belarus.

Lukashenko’s pro-Russian line also means Jews there are not faced with the issue of glorifying Nazi collaborators, who fought against the Soviet Union during World War II — a tendency that is growing across Eastern Europe.

Jews like Raisky are drawn to protest because many of them work in tech — he and Albert Kengerli both work at Yandex, one of the Russian world’s most popular internet portals — and other industries that are global in scale.

“We see the rest of the world, we’re exposed to what’s going on, so it’s not so easy to tell us this is normal,” Raisky said.

Rabbi Grisha Abramovich of the Sandra Breslauer Beit Simcha Jewish Community Center in Minsk and the Religious Union for Progressive Judaism in Belarus is trying to care for Kengerli and several other Jewish detainees by helping bring them food and inquire with authorities as to their well-being and whereabouts, Raisky said.

“But in Belarus, Jewish organizations are not political, this is happening on the humanitarian level,” Raisky saidd.

Liora Zabnenkova, another member of Abramovich’s community, is collecting funds online for legal aid and other needs for Jewish and non-Jewish detainees.

The current wave of protests, the largest in Belarus’ history as an independent nation, is making security forces “more brutal than they had been before Aug. 10,” Raisky said. This makes him worry for friends like Kengerli, whom Raisky describes as “a kind, honest and brave soul.”

But will this uprising result in the overthrow of Lukashenko’s regime after 26 years in power?

“I don’t know. I don’t dare to say, It could go either way, I don’t feel that I have any certainty that this is the end for Lukashenko,” Raisky said. “All we can do is hope and pray.”