To meet soaring needs, Jewish groups get creative to feed the hungry 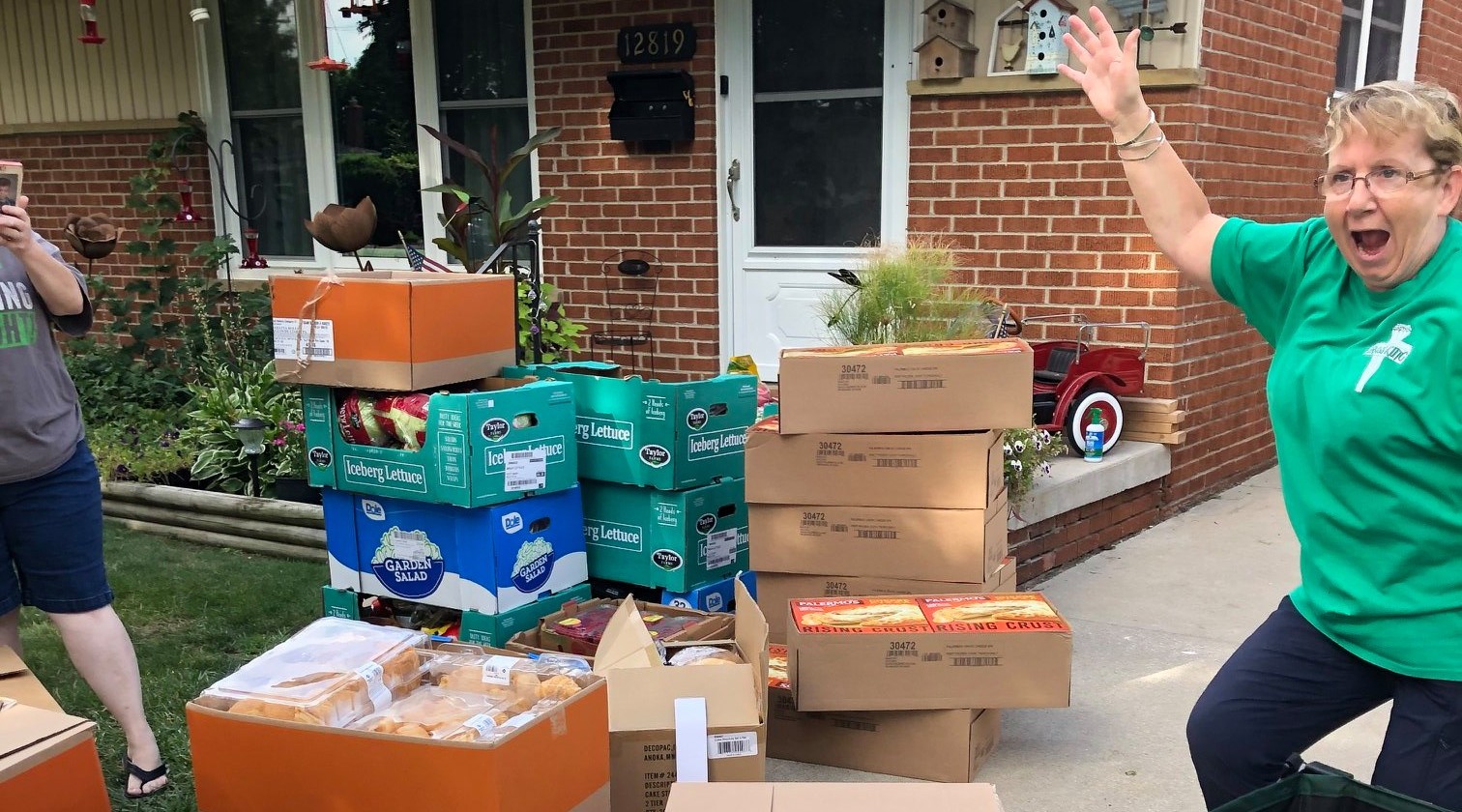 When the coronavirus pandemic hit, causing millions to lose their jobs and hunger levels to skyrocket, the Jewish environmental organization Hazon knew it had to dramatically reconfigure its priorities.

“We’ve got to forget about LED lights at the moment. Hunger is the priority right now,” said Hazon Detroit director Wren Hack.

Hazon is one of several food-related Jewish organizations across the United States now focusing primarily on hunger response. The number of Americans struggling with hunger has nearly doubled during the pandemic, experts say.

Hunger relief organizations are employing various methods to address the surge in need, including connecting producers of excess food with food pantries, significantly increasing the budgets of food assistance programs and organizing community members to lobby for more government aid.

Hazon launched a food rescue pilot program to connect food distribution programs to caterers and food warehouses that had excess food because the restaurants, hotels and schools they normally served were empty. The group’s Garden Relief Program, through which it delivers compost and seeds to over 400 homes, provides fresh produce for families and food pantries. Hazon’s Jewish Lab for Sustainability in metropolitan Detroit rescued and redistributed tens of tons of food, including chicken and nonperishable items, to food programs around the city.

The Pearlstone Center in Reisterstown, Maryland, a Jewish educational farm and retreat center, was donating 10%-20% of its harvest to local food banks and soup kitchens as part of its commitment to social and food justice. But with 90% of its business having disappeared, it also pivoted.

Meanwhile, the need for kosher food in the American Jewish community has increased dramatically. Between March and June, the food rescue organization City Harvest delivered 3.26 million pounds of kosher food to soup kitchens and food pantries across New York City — a 1.42 million-pound increase over the same time last year, according to Seth Cowan, the agency operations manager.

Kosher agencies in the City Harvest network are seeing increased need from families with young children and the recently unemployed, and distribution points that in normal times operated just once or twice a week are now open daily, Cowan said.

Challah for Hunger, which focuses on food security among college students, typically has 87 college chapters that bake and sell challahs weekly to raise money for students who cannot afford food. Until campuses closed in early March, it had sold a total of 27,510 loaves, bringing in $94,424 in the abbreviated academic year.

In March, Challah for Hunger shifted to virtual bakes on Zoom and alumni-led giving circles. During the pandemic, food insecurity among four-year college students has risen to 60% of students from 39%, according to Challah for Hunger’s executive director, Rebecca Bar.

Together with 20 partners, the group also launched the FuelHigherEd project this summer to keep students and others involved in advocating for increased federal and state funding to fight hunger.

In Detroit, Antonio Hill’s “hunger ministry” is one of the food distribution programs supported by Hazon. Before the pandemic, it delivered food packages and served cooked meals to some 100 low-income Detroit families every week.

Now Hill’s volunteers are struggling to keep up with growing demand, and Hill has lost his own income due to the pandemic. He recently had to transfer two grandsons who lived with him to the care of other relatives because he could no longer provide for them.

Hill said he hopes the urgency of the current situation will remind people of the persistence of hunger in America and the need to help those without a safety net.

“I’ve been hungry,” Hill said. “Believe me, nothing else matters when you are hungry.”