Israelis are great at protesting. They aren’t great at turning those protests into lasting change. 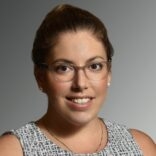 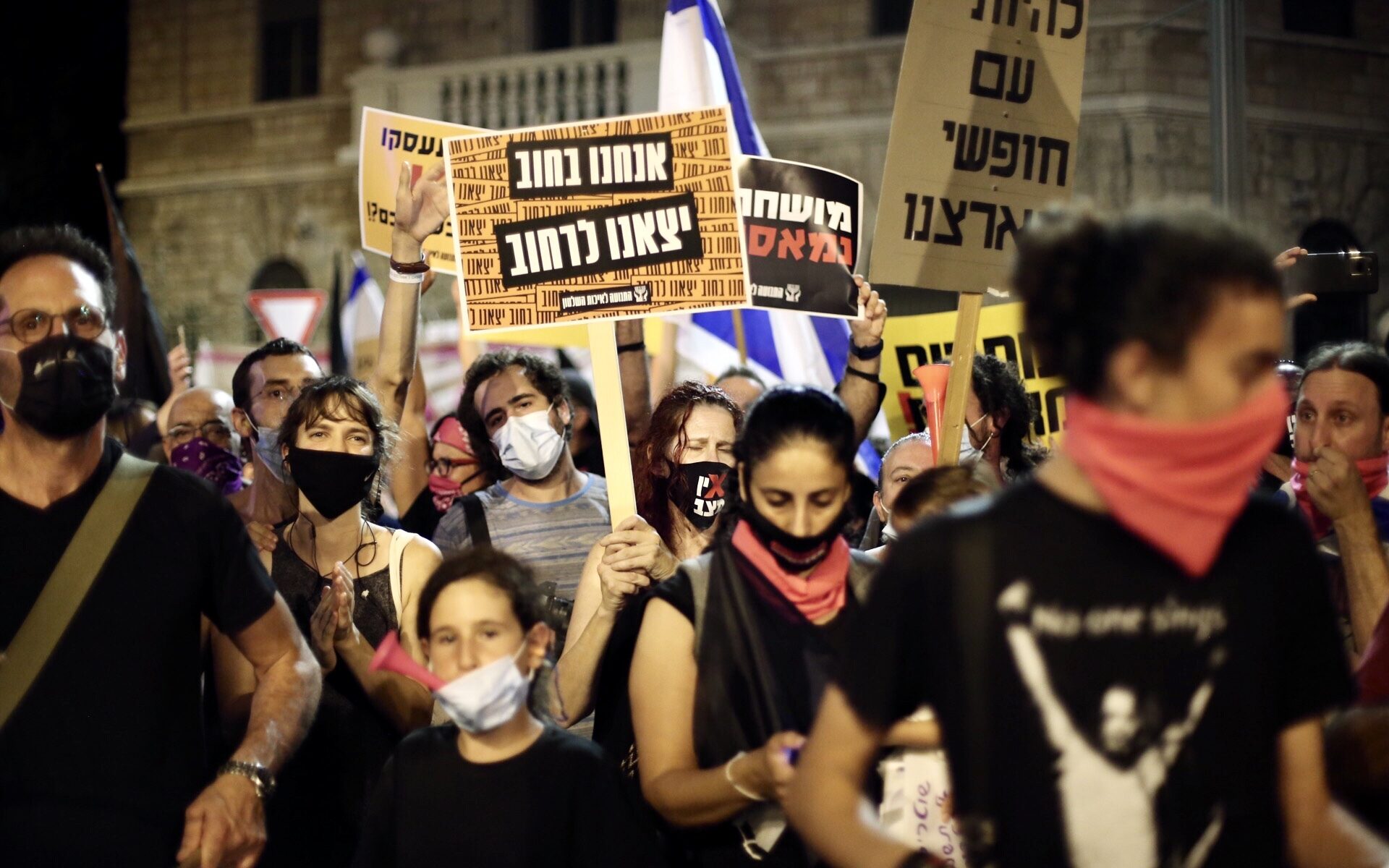 Demonstrators protest the government's mismanagement of the fight against COVID-19 and demand the resignation of Prime Minister Benjamin Netanyahu in front of his Jerusalem residence, Aug. 29, 2020. (Mostafa Alkharouf/Anadolu Agency via Getty Images)
Advertisement

(JTA) — In 2003, Vicki Knafo, a single mother of three surviving in part on government subsidies, began a 127-mile journey — on foot — from Mitzpe Ramon to Jerusalem to protest austerity measures limiting child allotments to single mothers. The Single Mother movement gained national attention and catapulted Knafo into the public sphere as a popular political critic.

Knafo was able to galvanize large segments of the population, and social interest groups joined her march and eventual encampment in Jerusalem. But in the end, nothing changed. She did not have the necessary structural support or experience to maintain momentum and lobby political institutions effectively. Her campaign to prevent cuts to payments for single parents was unsuccessful.

But the tents were packed away without substantive changes. Over a decade later, the cost of living and income inequality in Israel remain high.

I am thinking about those episodes and others as I watch Israelis take to the streets to protest the government’s handling of the coronavirus pandemic. The protesters span the political spectrum, and more are joining daily.

This might feel like a moment when protest might finally make a difference in Israel. After all, we have watched the Black Lives Matter movement in the United States change American sentiments and result in meaningful policy and electoral changes, such as the victory this summer by a Black Lives Matter-affiliated candidate in Missouri.

But when I look at the politically diverse crowds outside Prime Minister Benjamin Netanyahu’s house, in the traffic junctions across the country and in cities around the world, I don’t see change on the horizon. Instead I see reminders of how Israel’s political system stops social movements from transforming our society.

Effective social movements require a number of crucial conditions. They must have a clear message that appeals to a mainstream audience, the ability to organize and mobilize constituents, articulated objectives and political opportunity. Maintaining the necessary support to develop these conditions in Israel is incredibly difficult. The lack of shared values and shared challenges across communities, and the near complete control of policy implementation by the governing coalition, show that protests alone will remain ineffective.

In contrast, the Black Lives Matter movement originated with experienced organizers and political activists using strategic campaign messaging. Since the protests in Ferguson, the movement has articulated, published and widely circulated a political agenda listing policy objectives. They have spent years working locally to develop grassroots support for their mission, and continue to attract media attention to their concerns.

But Israel’s past shows us that protests rarely lead to change. Time and again we’ve seen protest movements enjoy media attention only to dissipate once participants receive a litany of empty promises from the government. What will it take to turn this social movement into political transformation?

My research on political representation, political parties and the Israeli legislature shows that political change requires a deliberate and strategic approach.

Despite having a robust civil society, most nonprofits and NGOs in Israel/Palestine either provide services, protest the occupation or advocate for a two-state solution — but they rarely endeavor to significantly affect electoral outcomes.

In this way, they operate much differently than similar social movements in the United States, where activists run for office and endorse candidates. In Israel, there is a clear demarcation between electoral politics and social activism, which stymies the effect of civil protest and grassroots movements.

Another key distinction between Black Lives Matter protests and the current protests in Israel is that the BLM movement has succeeded in changing public opinion. An increasing number of Americans now think anti-Black discrimination is a problem that should be addressed, and these changes in attitudes have affected policy and legislative proposals as well as whom voters elect.

While some Black Americans are skeptical that the attention will translate into immediate societal change, candidates for public office at least must contend with the issues raised by BLM in order to be competitive. As a result, both political parties have endeavored to respond with clear and substantive policy proposals.

But in Israel, the protests are neither a reflection of changing attitudes, nor are they impacting public opinion. Jewish Israelis, and certainly Palestinian Israelis, have long held the belief that government underinvests in social services and social policy. However, they do not prioritize these concerns when they vote or make real efforts to change party machinery.

In 2003, then Minister of Finance Netanyahu (whose austerity measures, focus on tax reduction and economic growth policy Knafo objected to) responded to the movement with a coordinated personal attack campaign against Knafo. He successfully framed her as someone whose difficult circumstances were due to her personal and moral failings rather than structural realities of poverty, gender and racial discrimination.

Knafo’s efforts to prevent cuts to government allotments failed because, although Israelis found her claims credible, they accepted the maligning of her character and did not support her efforts with political action.

A more recent example of such cooptation is the 2011 social justice protests — also known as the tent protests due to large encampments in major urban areas. Initially the tent protests were affiliated with young middle-class Ashkenazi Jews expressing discontent over the growing cost of living in Israeli metro areas. Over time, protest leaders endeavored to establish more inclusive messaging and additional social critiques. They remained adamant that they were nonpartisan and emphasized inchoate approaches to organizing focusing primarily on protests and civil disobedience.

Due to the enormous pressure of the Israeli Occupy movement, the government established the Trajtenberg Legislative Inquiry Committee that was responsible for exploring policy solutions to socioeconomic inequity in Israel. Another success attributed to the movement was the widespread use of the social justice protests messaging in the 2013 elections, and even the election of a few of the protest leaders.

Despite great fanfare at the time, however, few of the Trajtenberg committee recommendations were implemented, and the movement had no long-term impact on the overall right-wing conservative political trajectory in Israel. Itzik Shmuli, one of the tent protest leaders, is serving in the Netanyahu government as the minister of welfare but has yet to implement the changes he advocated for in 2011.

Unlike in the United States, where grassroots movements make inroads into political parties and impact their agendas and policies, Jewish Israelis fail to hold their government and themselves accountable by guaranteeing action in support of popular social measures.

Whereas Black organizations and movement leaders spend years developing resources and engaging in political advocacy and outreach — resulting in protests with widespread support — Jewish Israelis are showing up to protest without systematically addressing the institutional causes of their frustration. Protests and civil disobedience are an important part of political participation and action. But they are not to be conflated with political change.

The exuberant and hopeful reporting on protests in Israel reflects a longstanding Israeli public myth — the broad overestimation of the efficacy of such action. The pattern in Israel appears to be spikes of activity and civil unrest but no long-term trends. The old adage that security considerations determine the outcome of Israeli elections remains true, and may explain in part Netanyahu’s seemingly never-ending political reign. But today we are experiencing a period of relative stability and security. The possibility of regional conflict and/or mass violence from Palestinian organizations is low.

Jewish Israelis would do better to follow the example of the Joint List, the coalition of Palestinian and communist parties, which incorporated grassroots activism into their party, expanded their electorate, mobilized voters and strengthened their progressive policy proposals.

Ironically perhaps, the strongest faction of the Israeli left at the moment is the Joint List. This is because the coalition has developed a policy agenda framed by clear shared values that has garnered support from Jewish voters as well as Palestinian-Israeli voters. In order to influence the system, you must choose to participate in the system — protests that avoid party politics remain ineffectual. Israelis may be feeling heartened by the diverse cross-section of society showing up to protests. But that actually makes the possibility of a coherent strategy and set of goals harder to reach.

Noa Balf
is an expert on gender and politics focusing primarily on Israel. She is an affiliate of the Haifa Feminist Institute and received her PhD from the Joseph and Alma Gildenhorn Institute for Israel Studies at the University of Maryland-College Park.
The views and opinions expressed in this article are those of the author and do not necessarily reflect the views of JTA or its parent company, 70 Faces Media.