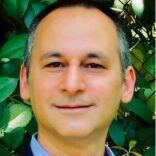 WASHINGTON (JTA) — I’ve been asked why a pro-Israel Jewish peace organization like mine is not enthusiastically celebrating the signing of a peace deal between Israel and two important Arab states.

We do welcome the agreement that Israel will sign here Tuesday with the United Arab Emirates and Bahrain. In and of itself, the trend of Israel’s normalizing relations with Arab states is a positive development.

Normalization with the UAE and Bahrain is great for the venture capitalists who will benefit from it, but does nothing to remedy Israel’s existential problem: its conflict with the Palestinians and the occupation that does so much damage.

I’m sure that Tuesday’s White House ceremony will provide a beautiful photo op, but I’m not eager to take part in festivities that are intended to paper over the real threat to Israel’s national security by celebrating a “peace deal” with countries that Israel was not at war with, as Israel fails to contain even the immediate threat of the COVID-19 pandemic.

It’s hard to celebrate when the occupation continues and deepens. As Netanyahu and his aides are discussing normalization with their Emirati counterparts, they are also advancing plans to build a settlement in the strategic area of the West Bank known as E-1, the corridor between Jerusalem and the Jordan Valley. As they are negotiating with Dubai and Abu Dhabi, Israeli officials are pushing plans for a settlement in Givat Hamatos on Jerusalem’s southern border. These settlements strike at the heart of any plan for a contiguous and viable Palestinian state.

As nice as it will be to have shorter flight paths, it’s hard to find reason to celebrate while Israel’s occupation authorities step up their demolition of Palestinian homes in Area C of the West Bank and in East Jerusalem. These homes are built without permission from the Israeli authorities because no permits are issued. In the first eight months of 2020, Israel demolishedalmost 500 structures. And last Friday, Haaretz reported a new Israeli government initiative to further intensify demolitions of Palestinians homes in Area C.

Demolitions in the West Bank and East Jerusalem have displaced over 5,000 Palestinians in the past five years. These actions are cruel and unnecessary. They do nothing but sow resentment and enmity and further hinder prospects for peace.

Normalization with the Arab world is welcome, but not as a tool to normalize the occupation and the conflict with the Palestinians.

Normalization with the Arab world is welcome, but not as a tool to normalize the occupation and the conflict with the Palestinians. It can and should be used to help pave the way to a conflict-ending resolution.While we would love to savor the moment and rejoice at the formalization of relations between Israel and the UAE, and Israel and Bahrain, we lament the impact of Israel’s unresolved conflict with the Palestinians. Frankly, we see little reason for celebration.

We would love to mobilize the current enthusiasm Americans have for peace in the region by working toward a diplomatic initiative that would bring not only “normalization” but genuine peace between Israel and all its neighbors. Such an effort must include, not supersede, an agreement with the Palestinians and an end to the occupation.

Hadar Susskind is the President and CEO of Americans for Peace Now.

Hadar Susskind
is the President and CEO of Americans for Peace Now.
The views and opinions expressed in this article are those of the author and do not necessarily reflect the views of NYJW or its parent company, 70 Faces Media.