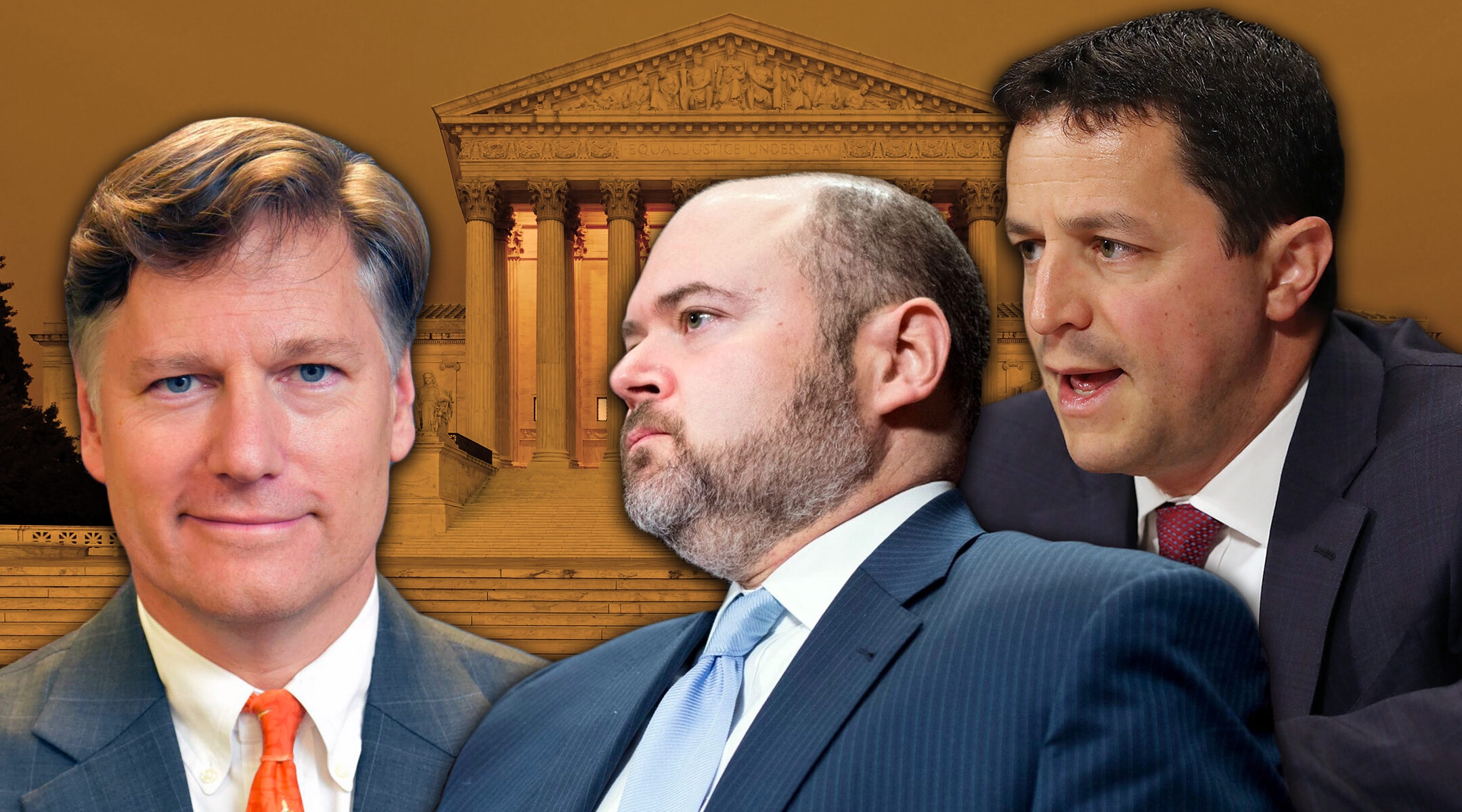 (JTA) — For the past decade, Jews have made up a third of justices on the U.S. Supreme Court. And while that streak appears likely to end when President Donald Trump nominates someone to replace Ruth Bader Ginsburg, who died Friday, there are Jews on the shortlist.

Of the 44 conservative jurists he has named over time as possible court choices, two are Jewish and another cites his Jewish father’s upbringing as shaping his outlook.

All three are men, making them unlikely to be Trump’s choice when the president unveils his pick, which he said would happen by the weekend. Trump has said he is likely to name a woman, and none of the frontrunners cited in media reports is Jewish.

Still, justice shortlists often act as a pool for future Supreme Court picks, so it’s worth knowing who made Trump’s cut. They are:

Steven Engel, 46, is the assistant attorney general for the Office of Legal Counsel, the branch of the Department of Justice that advises the president on legal matters. He is a member of Washington Hebrew Congregation, a Reform synagogue known for its government official-heavy membership. His mother taught academically gifted students at Yeshiva Har Torah in Queens, New York. He was a leading member of the Trump transition team, focusing on the Department of Justice.

He clerked for Alex Kozinski, a Jewish judge who was known as an outspoken conservative on the liberal 9th Circuit Court of Appeals until 2017, when he was driven out amid claims of sexual harassment. Kozinski took part in Engel’s 2004 wedding to another clerk, Susan Kearns. A clerkship for Kozinski was a fast track to a Supreme Court clerkship, and Engel went on to clerk for Justice Anthony Kennedy.

The late Sen. John McCain, an Arizona Republican, opposed Engel’s 2017 nomination for his current job because Engel, as a deputy assistant attorney general, had signed off on a 2007 memo allowing torture during interrogation.

Christopher Landau, 56, is the ambassador to Mexico. He is a graduate of Harvard Law School and clerked for two conservative Supreme Court justices, Clarence Thomas and Antonin Scalia. In an online July 4 celebration, he told the story of his Jewish father’s flight from Vienna. His father later became an ambassador to several Latin American nations.

David Stras, who is on the 8th Circuit U.S. Court of Appeals, which is based in both St. Louis and St. Paul, is active in the Minneapolis Jewish community. His paternal grandparents are Holocaust survivors and their experiences helped drive him to the bench.”My grandfather talked to me about the importance of laws in a society,” he was quoted as saying by the Kansas City Jewish Chronicle in 2018 after Trump released his first list of possible nominees. “That broke down in Germany. The law protects civil liberties, preserves the structure of government, and maintains order.” (Stras, 47, also cited “Perry Mason” reruns as making an impression.)

Whoever is ultimately confirmed for the role will join six other justices, including the two remaining Jews on the court, Elena Kagan and Stephen Breyer. Both were nominated by Democratic presidents.