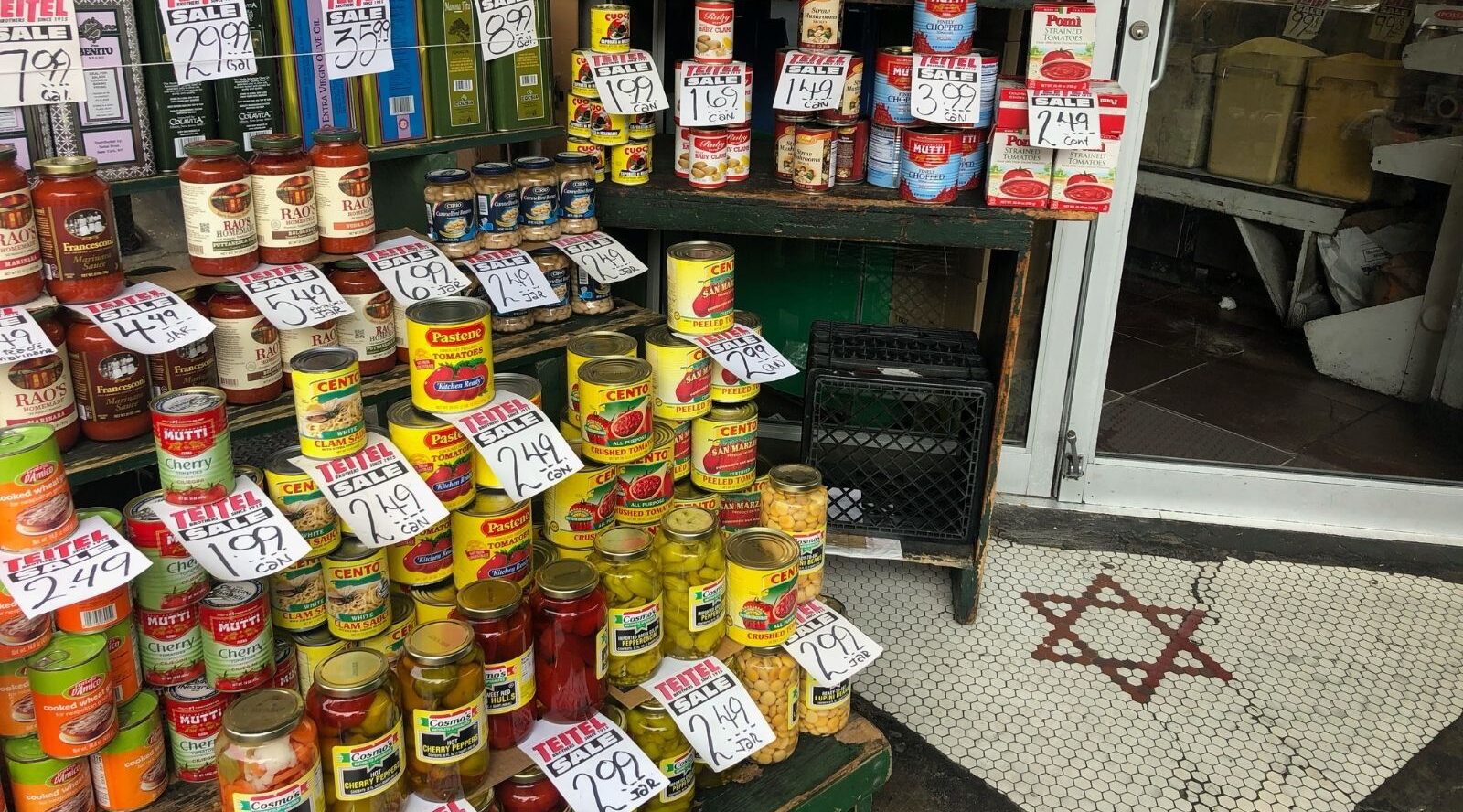 At the entrance to the iconic Italian store is a Star of David mosaic. (Courtesy Teitel Brothers)
Advertisement

This piece originally appeared in The Nosher.

Arthur Avenue is a gem in New York City’s cultural and culinary crown. It’s authentically Italian with your selection of paneterie, pasticcerie, salumerie and pescherie — food stores that specialize in one type of product: bread, pastry, meat and fish. As customers bustle through stores you can even hear the Italian “Buona giornata!” Have a good day!

At the corner of Arthur Avenue and 186th Street, also named Teitel Brothers Avenue, is the eponymous store. Outside is an eye-catching, colorful display of pastas, olive oils and the best-priced Rao’s tomato sauce in all of New York City. If you don’t look down, which is easy to do when taking in the hanging prosciutto di Parma above and the olive bar to your right, you will miss the Jewish history right below your feet. At the entrance to the store is a Star of David mosaic.

I sat down with Eddie Teitel, one of three brothers who runs the family owned shop with their father, Gilbert, to find out how Jewish immigrants from Austria built a successful Italian grocery store.

Unlike most Jewish immigrants who assimilated to New York’s Lower East Side in the early 20th century, Jacob and Morris Teitel, tailors from Austria, arrived in 1912 and headed north to the Italian neighborhood of Arthur Avenue. In 1915, they opened Teitel Brothers, importing high quality provisions from a country they had never visited. Jacob and Morris learned to speak Italian before they spoke English.

In the 1930s, as fascism and anti-Semitism continued to rise in Europe, the Teitel Brother’s landlord warned them, “If people knew you were Jews, nobody would shop here.” A week later, they installed the Star of David mosaic so everyone who crossed the threshold knew they were Jews. “It took a lot of courage to do something like that,” Eddie remarked.

While Teitel Brothers was not the only Jewish merchant on Arthur Avenue, it is the only Jewish store in the neighborhood that exists today. Why did Teitel outlive the other Jewish stores? According to Eddie, “We’re the first ones here in the morning. We start at a quarter to five and we work hard. We’re one of the last stores to close up and we have a great product.” 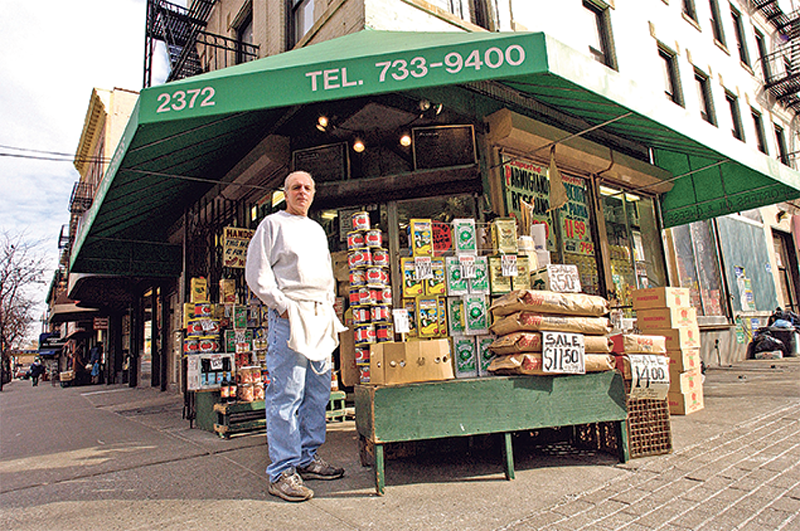 It’s true. Teitels is the Wonka factory of Italian provisions. Two thousand products mask the walls of the 900-square foot corner store. In Teitels’ 105 year history, much of their inventory has remained constant, but if their customers want something they don’t have, they will order it. For example, as more immigrants from Albania and Yugoslavia have moved to the neighborhood, Teitels has added feta and phyllo dough to their shelves.

Eddie is the first Teitel in the third-generation business to visit Italy. Every other year, he attends the Food Show in Modena, takes tours of olive oil factories in Spoleto and sees where their Romano cheese is made in Nepi.

Before Eddie traveled to Italy, one way Teitels would find new products was through salesmen. Eddie tells a story of a persistent salesman whose cousin from Sicily made a delicious olive oil. Eddie and his brothers liked the olive oil so much that when their uncle passed away, they bought the exclusive rights and named it “Don Luigi” in his honor. In 2001, The New York Times praised the Don Luigi extra virgin olive oil as being “the perfect expression” of Sicilian olives and “a bargain worth seeking out.” After the article was published, Teitels sold out in three days.

When Eddie travels to Italy, he brings back the best of Italian provisions, and also the European hospitality, which he describes as “second to none.” It helps that Eddie has known many of his customers since he was 10 years old, when he started helping his father in the shop.

Each generation of Teitels have brought something new. The first generation opened the store. The second opened the wholesale business. When the third generation took over, there was one truck and now there are eight. Jean, the oldest brother who was a merchant marine, applies his discipline to keep their warehouse across the street in order. Michael, the middle brother and a chef of 35 years, loves to share recipes with people who come in.

As for the next generation? Eddie’s son, who was recently bar mitzvahed, helps in the store on the weekends. Before he joins the family business full-time, his father will make sure he has a college education.

This past February, Teitel Brothers was honored by the New York City Department of Small Businesses as one of 10 century-old establishments across the five boroughs that have proven to be a permanent neighborhood fixture between 1878 and 1920, along with the famous appetizing spot, Russ & Daughters.

Teitel Brothers is more than a store. It is a glimpse into the history of Jewish New Yorkers, the discrimination they faced, and their resistance to such hate — all preserved in cans of tomato sauce, aged salami, and an almost century-old mosaic.