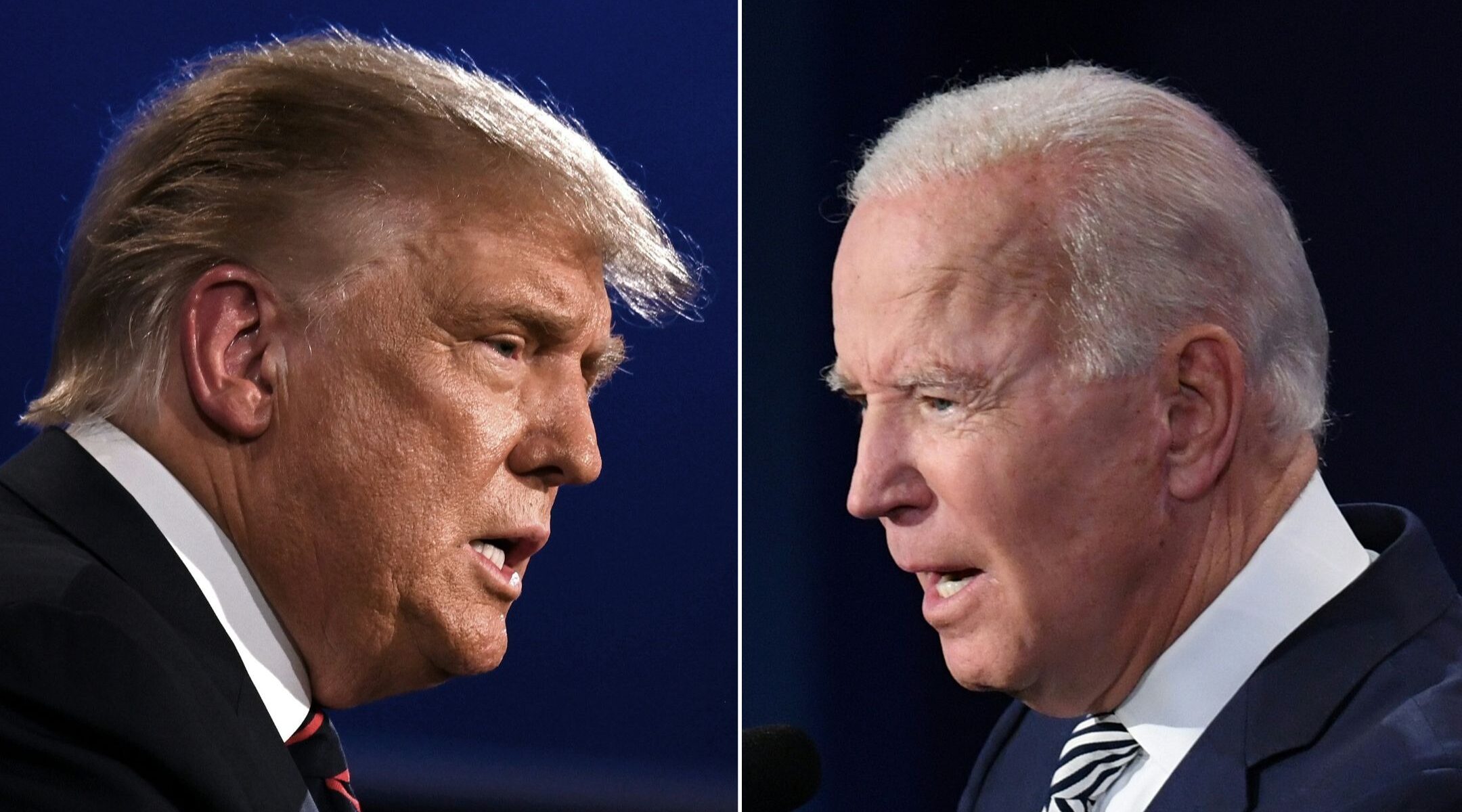 (JTA) — Jewish voters are set to vote 75% to 22% for Joe Biden, according to a poll by the American Jewish Committee.

The poll released Monday shows the Democratic nominee expanding his support among Jewish voters from a 67-30 split in a poll last month and it includes other signs that President Donald Trump is faring poorly among Jewish voters.

Trump’s record on bigotry may be the animating factor in his poor performance: Asked which candidate in the Nov. 3 presidential election would better handle anti-Semitism, respondents produced identical results, with Biden scoring 75% and Trump 22%.

The survey was conducted by SSRS from Sept. 9- Oct. 4, reaching 1,334 American Jews by phone; some respondents would have answered questions after Trump once again equivocated when asked to condemn white supremacists in the Sept. 29 debate with Biden. The poll has a margin of error of 4.2 percent.

Biden, the former vice president, has made Trump’s record on bigotry a central focus of his overall campaign and particularly of his Jewish campaign. Biden launched his campaign in April 2019 saying that he was coaxed into running by Trump’s failure to unequivocally condemn a deadly white supremacist march in Charlottesville, Virginia in 2017.

The AJC poll shows Biden besting Trump on every other issue including handling the coronavirus pandemic, 78%-19%; combatting terrorism, 71%-26%; and uniting the country, 79%-15%.

A central plank of the Trump campaign’s campaign in the Jewish community has been his decision to pull out of the 2015 Iran nuclear, deal, which Trump has repeatedly emphasized was finalized when Biden was serving President Barack Obama as vice president.

Another plank has been Trump’s closeness to Israeli Prime Minister Benjamin Netanyahu. Trump has moved the U.S. embassy to Jerusalem, cut funding to Palestinians, recognized Israel’s claim to the Golan Heights, advanced an Israeli-Palestinian peace formula that would allow Israel to keep chunks of the West Bank, and most recently, brokered a normalization deal between Israel and two Gulf Arab nations.

Trump has expressed frustration that his Israel decisions have not garnered greater support in the Jewish community.

Another sign in the poll that Trump has alienated Jews is that just 16% of respondents admitted to voting for him in 2016; exit polls at the time showed 24% voting for him. The gap suggests that some respondents might have convinced themselves that they never voted for Trump.

The poll showed Jewish voters tend to rank foreign policy low on their list of priorities heading into the voting booth: The top two ranked issues are the pandemic and health care, at 26% and 17% respectively, with foreign policy ranked last among six issues, at 5%. The other issues respondents were asked to rank were the economy at third, 13%; race relations at fourth, 12% and crime at fifth, 6%.

David Harris, the American Jewish Committee CEO, identified a number of areas of concern for his group, which seeks to achieve a consensus among American Jews to better represent them to overseas governments and in international forums. One was the gap between Orthodox Jews, of whom the poll showed 74 percent favoring Trump, and others in the community.

“For those of us in the Jewish world who want to focus on unity, on outreach, on bridge-building within the Jewish community, I think this is a very compelling reminder of how wide some of the differences are,” he said.

Other concerns, Harris said, included the seeming gap between American and Israeli Jews, who overwhelmingly approve of Trump, and the shrinking interest in foreign policy among American Jews.