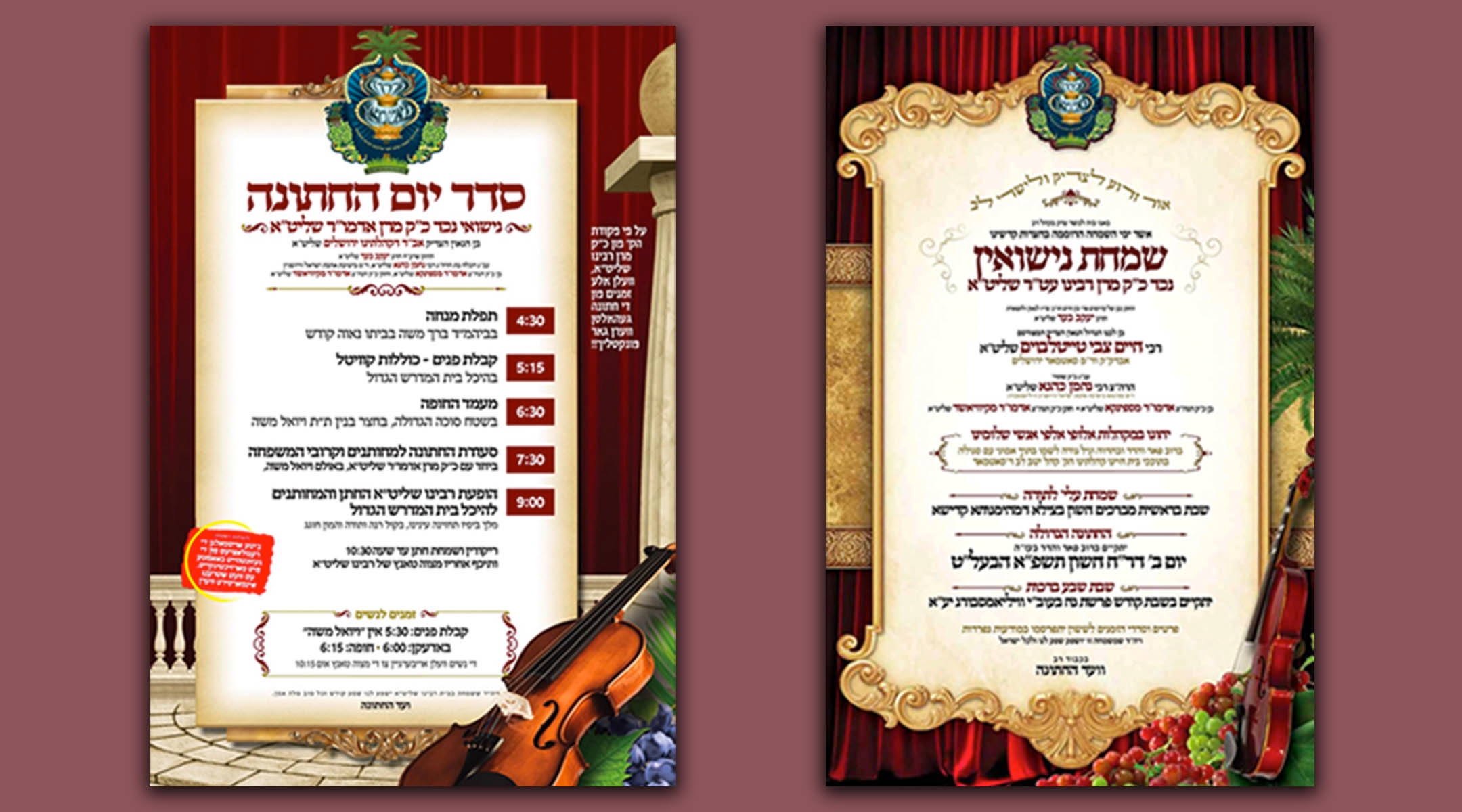 The wedding invitation to the wedding of a grandson of the Satmar rebbe, welcoming thousands. It was later restricted to immediate family only. (Twitter)
Advertisement

At his afternoon press conference, New York Gov. Andrew Cuomo announced that his office would shut down a planned wedding for the grandson of Zalman Leib Teitelbaum, the Williamsburg Satmar Rabbi, which organizers said would attract as many as 10,000 followers. In the days leading up to the governor’s statement, I was the sole voice warning, both on social media and via private channels, about this upcoming potential “super spreader” event.

But here’s how the popular Orthodox news site Yeshiva World News reported on it:

“YWN notes that the rabid self-hating Jew Naftali [sic] Moster of the YAFFED Organization who has been working for years b’mesiras nefesh [with relentless zeal] to destroy our Mosdos Hatorah [Torah institutions and schools], has the past few days been alerting the media and the authorities about this wedding.”

YWN is keenly aware of the dangers of whipping up the crowd against individuals with such language. Just in the last two weeks they reported on the brutal attacks against Berish Getz and Jacob Kornbluh, a former YWN journalist now with Jewish Insider, who were both accused of being “mosers” (snitches). Following the incidents, YWN was widely praised for publishing an op-ed by Yehuda Rechnitz, an influential Orthodox millionaire, in which he denounced the main inciter of those attacks, Heshy Tischler.

As expected, a torrent of hateful messages toward me followed the YWN article. I was called a “Nazi,” a member of the “Judenrat,” and a moser. One commenter on Vos iz Neias, another Orthodox news site, wrote that I “must be taken out.”

My motivation for reporting such irresponsible behavior outweighs the unpleasantness of the online harassment, although I am unfortunately well aware that it could escalate to physical violence.

A week ago on Monday, I received the first tip about the planned wedding from a Hasidic friend whom I had gotten to know through my work at Yaffed, the organization I founded, that aims to increase secular education standards in Hasidic and other ultra-Orthodox schools. In recent months, the tipster’s greatest frustration has been the haredi Orthodox leadership’s failure to serve as role models to the community members who take their cues from them, as well as the media and government’s failure to see through the blatant deceit and doublespeak of community leaders.

He sent me a picture of the wedding announcement featured in a Hasidic newspaper.

The announcement read, in part, “Friends near and far, dear students, please participate in my celebration.” It provided the address of the big Satmar Shul of Williamsburg, and it was signed by Zalman Leib Teitelbaum, the grand rabbi of Satmar of Williamsburg.

Despite having every reason to be jaded, my first reaction upon seeing the invitation was disbelief. By then, the city and the state had already implemented new restrictions to control local clusters. Although Hasidic Williamsburg was not a red zone, it was near one, and health officials were concerned about the potential for infection spread. Besides, there is no area of New York State right now in which such a large in-person wedding would be permissible.

It is clear that Hasidic communities of New York are seeing a major uptick in positive cases due to a widespread failure to comply with public health regulations. I have seen pictures and videos of the Sukkot celebrations in which scores of people were gathering in dozens of Hasidic synagogues around the state with no sign of masks or social distancing.

This pandemic has not been easy on anyone. My 3-year-old son has not set foot in day care or school, nor has he socialized comfortably with any children his age since March. And since one of his parents works full time and the other is a full-time student, there’s only so much personalized attention we can give him. In addition to that, our almost 4-month-old daughter, born during the pandemic, has never been held by anyone besides me and my wife. Her grandparents have never even been within six feet of her. No one has set foot inside our house since the shutdown.

Yet I know we’ve had it easy compared to millions of others who have lost their jobs and who live in tighter quarters than we do, not to mention those who have lost loved ones to the terrible virus.

Which is why, after learning of this unnecessary mass event, in a community that has suffered tremendous loss due to COVID-19, I felt that I had to act. In a gathering of this size, it is almost inevitable that the virus would strike the vulnerable. Stopping it from happening almost certainly meant saving lives.

However, I won’t deny I had other motivations. For years I have witnessed government officials cozying up to grand rabbis like Zalman Leib and their gatekeepers. When the mayor was asked about the progress of the yeshiva investigation which was dragging on for many years, he often responded that he was “working with community leaders” who supposedly pledged improvements in the schools.

It had always been clear to me that the city is either intentionally or unwittingly being taken for a ride by leaders who in Yiddish often said they had no intention of changing a thing. This was very much in line with what I had seen growing up in the Hasidic community.

The lies around compliance with COVID regulations have been pronounced and explicit: Grand rabbis holding irresponsible mass events, even as their spokespeople are acting surprised that the city did not “engage” with them or that the governor is taking a tougher approach to them.

To me, despite the risks, it was worth trying to protect the health and well-being of tens of thousands of Hasidim and their children. And it meant the world to the Hasidic father whose tip led to far fewer people attending the wedding, preventing more unnecessary deaths in his community.

Naftuli Moster
is the executive director of Yaffed, a nonprofit advocacy group committed to improving secular education in ultra-Orthodox and Hasidic yeshivas.
The views and opinions expressed in this article are those of the author and do not necessarily reflect the views of JTA or its parent company, 70 Faces Media.