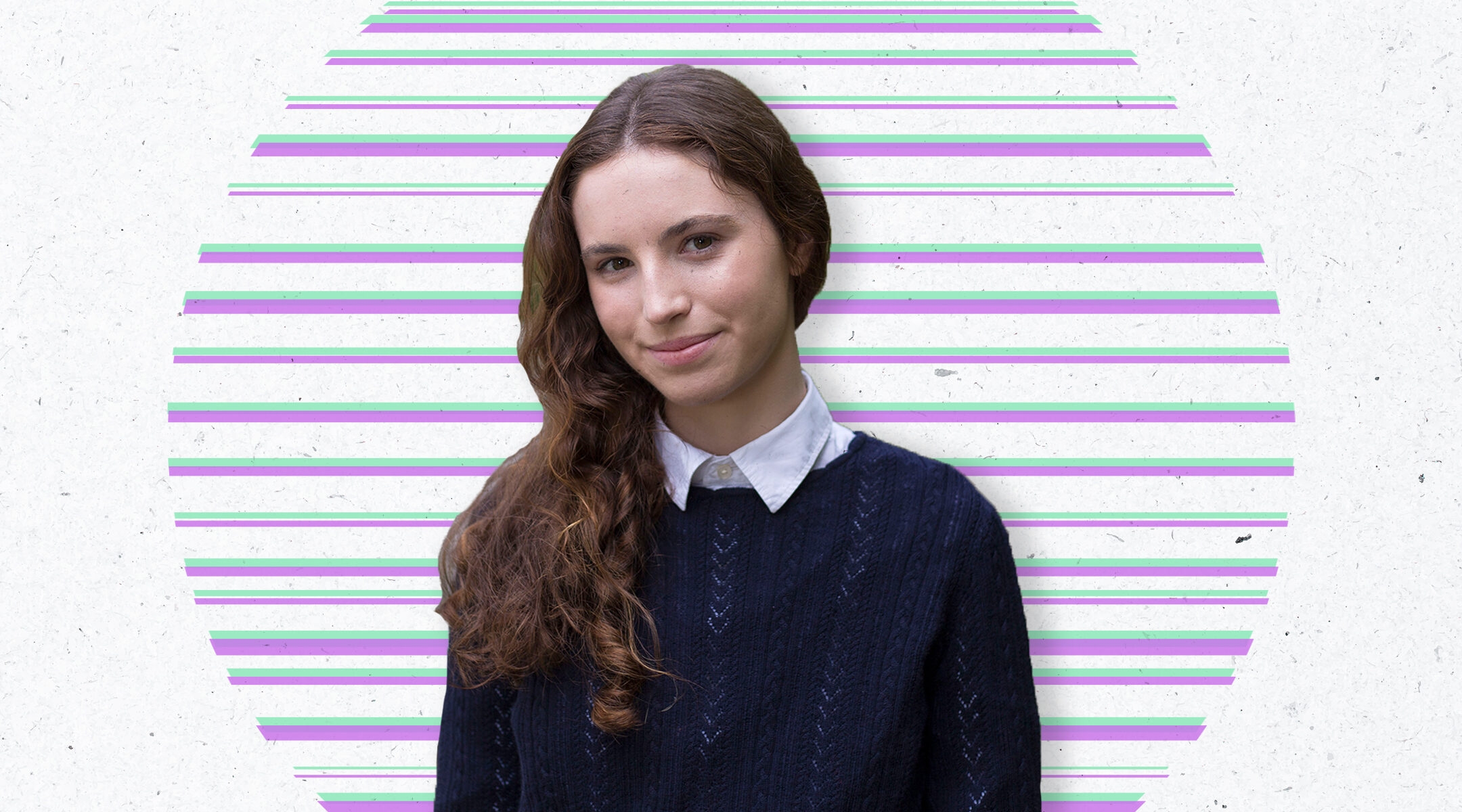 “We see things through a socially conscious lens and have a real sense of urgency,” Olivia Seltzer, 16, says of the newsletter she created for fellow members of Generation Z. (Courtesy of Olivia Seltzer)
Advertisement

Unlike most teenagers, Olivia Seltzer doesn’t like to sleep in.

She wakes up most days at 5 a.m. to scan the internet and write The Cramm, a newsletter with the latest national and international news that reaches middle school, high school and university student readers in over 100 countries.

With some 2.5 million monthly pageviews, Seltzer calls it “the cheat sheet to the world.”

Written in a fun and relatable style and transmitted via email and text, The Cramm includes the day’s major political, economic, cultural and scientific stories. Seltzer also shares amusing tidbits and curious headlines from around the world.

The newsletter is meant to speak to members of Generation Z in a way traditional media doesn’t, providing just the right amount of information to start the day and enable them to engage in conversation or take action.

“You can’t change the world unless you know about it,” Seltzer said. “Politics and current events are our lives, but we are not exposed enough to them. We don’t have classes on them at school.”

Young people today are hungry for quick, accurate information from reliable sources, and they’re motivated to work for change, according to Seltzer, who is in 11th grade.

“We see things through a socially conscious lens and have a real sense of urgency,” she said. “For example, we have only a decade to reverse climate change. We are willing to do what needs to be done.”

Seltzer, 16, started The Cramm four years ago, when she was in seventh grade. She and her friends in her Santa Barbara, California public school were increasingly interested in the news and politics because of the 2016 presidential election. The problem, however, was that traditional news was not written in a style accessible to them, nor did it take into account that teens do not possess the same historical reference points as adults, Seltzer said.

“I live in Santa Barbara, which has a lot of undocumented immigrants from Latin America. A lot of these kids were in my middle school,” Seltzer said. “The election campaign created a real shift in awareness, because Trump’s policies had a direct impact on us and our friends.”

Seltzer had a personal connection to the issue. Her paternal great-grandfather was an undocumented immigrant to the United States from Mexico. He was born in Mexico City to parents who had escaped pogroms in Eastern Europe.

Seltzer started The Cramm off small, sending it out mainly to her parents and their friends after her screenwriter father and interior designer mother bought her The Cramm internet domain name for her bat mitzvah. Things really took off after her parents spoke proudly about their daughter’s project in their speeches at her bat mitzvah celebration. Seltzer’s friends immediately signed up and volunteered to help her register other readers.

Word spread quickly about The Cramm through grassroots efforts and social media outreach. Today, the newsletter’s content can be accessed through six different platforms and various types of media, including videos and podcasts.

Seltzer recently was recognized with a Diller Teen Tikkun Olam Award, a $36,000 prize given annually to a select group of Jewish teenagers who demonstrate outstanding leadership in communal service.

Meanwhile, she has been building up a team of 500 global volunteer ambassadors to help extend The Cramm’s reach. A hundred of them are on an editorial team that assists with content, media, social outreach and organizing.

One of them is 16-year-old South African-born Jade Cave, who has lived in Fiji for a decade. She said she joined the editorial team because she recognized The Cramm’s potential.

“It’s a way to stay informed on the things that matter, but also a way to give young people power over our political voices, and space where those voices are valued and listened to,” Cave said. “Olivia has built more than a newsletter; she’s built a community, and she’s helped build a movement of engaged, informed and inspired young people.”

“With everything going on in the world, I can feel hopeless. Writing is a coping mechanism to deal with it,” she said.

Seltzer has big plans for both herself and The Cramm. She hopes to attend college in Washington and study government and political science. She wants to develop The Cramm into a media empire serving the youth demographic.

Callie Schweitzer, a senior news editor at LinkedIn, is mentoring Seltzer as she thinks about how to scale up her business to grow both audience and revenue.

“Olivia is a force of nature,” Schweitzer said. “Her ambition knows no bounds. She is passionate, committed and someone who is on an endless quest to learn. She knows that Gen Z doesn’t want to be talked at. They want to be part of the conversation.”