As election uncertainty continues, rabbis help their congregants make sense of their feelings 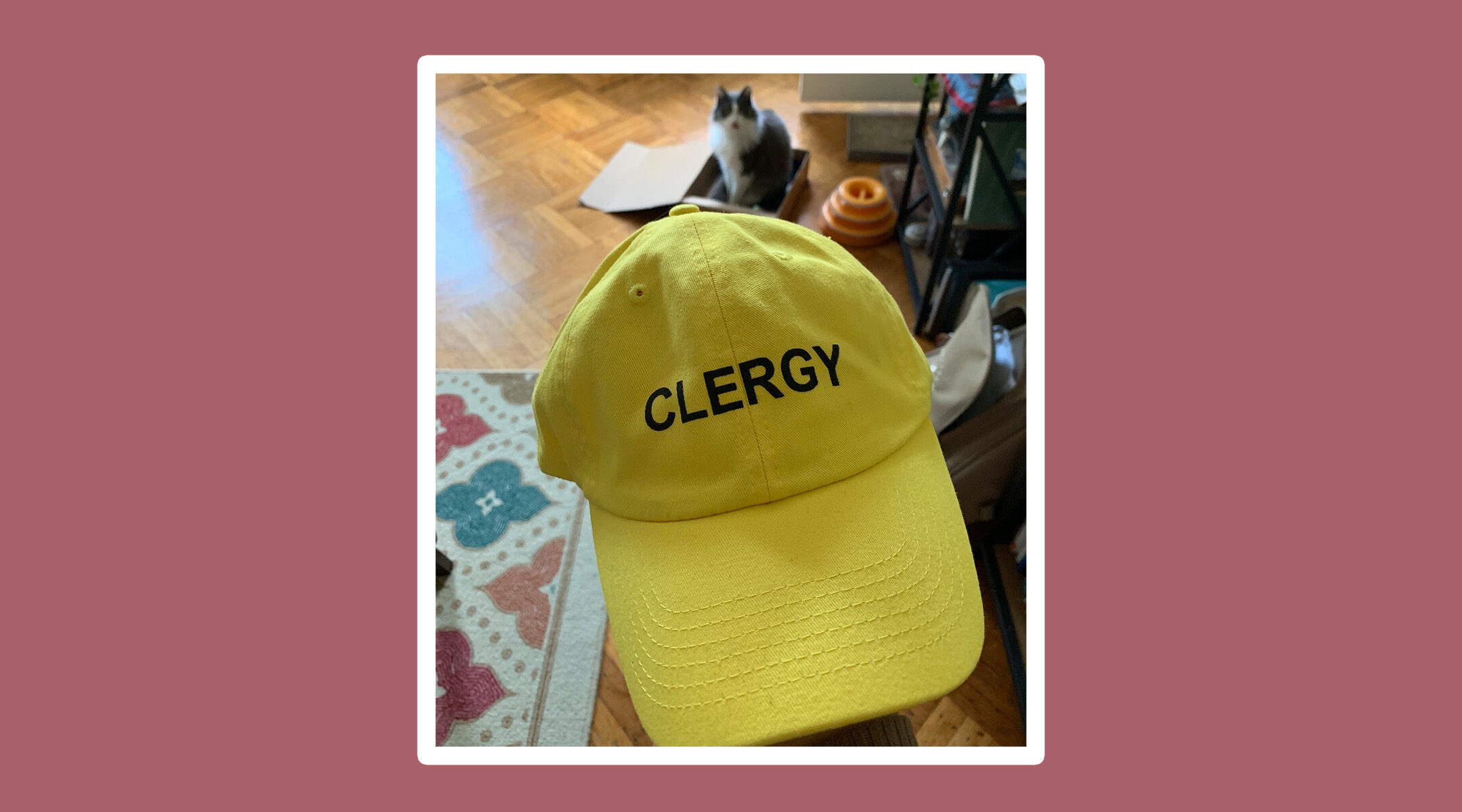 Rabbi Emily Cohen has a yellow hat emblazoned with the word "clergy" ready to wear to protests, where she plans to help deescalate possible violent situations. (Courtesy of Rabbi Emily Cohen)
Advertisement

“Certainly the people who came to that service were coming for comfort and solidarity,” Folberg said.

This year, Folberg hasn’t yet planned a special event because of the uncertainty of the election results. But he did turn his daily meditation session for congregants Wednesday morning in an election-oriented direction.

“At a time of great uncertainty, where do you find faithfulness? I had people thinking about the people counting the votes right now, these anonymous poll workers who are just sitting and faithfully believe in the system and doing everything they can to make sure everyone’s voice is heard,” Folberg said. “Let’s feel grateful for those people, that’s what we’ve got right now.”

Folberg is far from the only rabbi who has taken on the responsibility of providing pastoral care to Jews who are anxious, frustrated or just plain exhausted after a high-stakes election season. As the country waits for a complete result of the presidential election, delayed by mail-in ballots and higher-than-usual turnout, American rabbis are responding by holding processing sessions for congregants, guiding meditations with an emphasis on patience and even preparing for the possibility that they may be needed to keep peace in the streets in the event of violent protests.

With a pandemic underway, there was little opportunity for the kind of in-person convening that many Jews craved four years ago. At the same time, Folberg said, the precise challenge this year — to help congregants make peace with the fact that a final outcome would not immediately be available — was at this point familiar for him.

“Part of me sees this uncertainty and helping people to navigate this as an extension of what we’ve been dealing with since the pandemic started,” he said. He added, “I feel like at this point, let’s let people know we’re thinking about them. And let’s see how things unfold.”

For many rabbis, the goal was to help their communities make peace with the election’s thinner margin and slower results than many might have liked. American Jews mostly vote Democratic and were hoping for a decisive Joe Biden win to reverse the devastating blow of watching Trump be elected four years ago.

Then, the rabbis at Temple Beth Sholom, a reform synagogue in Miami, helped their community process Donald Trump’s surprising upset by singing and praying during services the Shabbat after Election Day.

This year, Senior Rabbi Gayle Pomerantz knew she didn’t want to wait that long. She planned a Wednesday-evening Zoom session where she would remind her congregants to breathe and help them regain composure after a difficult election season.

“I thought it might be important to have an opportunity for people to come together and breathe and focus on the values of solidarity and humanity and responsibility no matter what the outcome was,” Pomerantz said.

In New York City, Rabbi Emily Cohen of West End Synagogue sent an email to her congregants Wednesday morning reminding them to breathe and inviting them to convene on Zoom that night — unless a protest was planned nearby, in which case Cohen would be there, wearing a bright yellow hat with the word “clergy” printed across it, ready to deescalate violence.

“We might have expected the lack of clear results, but it’s still not easy,” Cohen said.

For many of Cohen’s congregants, most of whom are progressive, even if Biden manages to win the electoral college, the victory could be a disappointment. For those who were hoping for a landslide Biden victory, a more narrow win still means that “there are tens of millions of people that stand for things that are not okay,” Cohen explained.

Rabbi Matt Soffer said synagogues such as the one leads in Durham, North Carolina, Judea Reform Congregation, could play an essential role in bringing people together at a time of polarization and division. “We know that our houses of worship are meeting places even if they are more divided politically than they ever have been,” he said.

When the results are finally in and everyone has adjusted to knowing the winner, Rabbi Lily Solochek of Adas Yoshuron Synagogue in Rockland, Maine, hopes the synagogue can continue to be a place of respite from the partisanship of the election season — and even of the last four years.

“I think it’ll be important to remember how to be in community after there is a winner declared in the presidential election,” Solochek said.

Solochek is planning a community check-in this week to give people an opportunity to discuss their anxieties and what’s helping them through this moment.

In a congregation like theirs, which is politically diverse and in a state with a particularly contentious Senate race this year, Solochek said that regardless of party affiliation everybody is feeling anxious. “That’s something we can all connect on together,” they said.