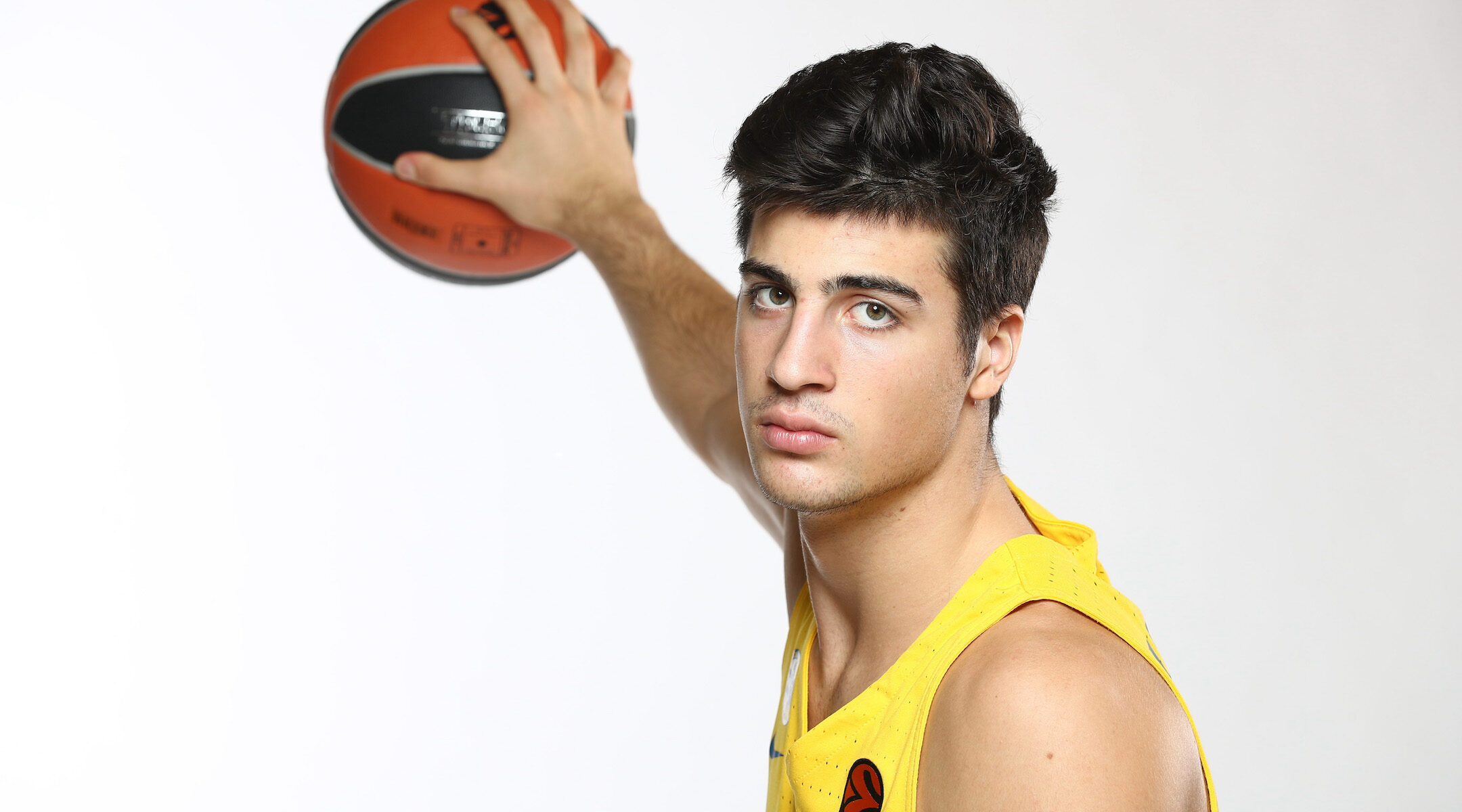 Deni Avdija, shown as a member of the Maccabi Tel Aviv team in 2019, on being such a high NBA choice: "I'm still thinking it's a dream." (Seffi Magriso/Euroleague Basketball via Getty Images)
Advertisement

(JTA) — Deni Avdija, the 19-year-old Israeli basketball phenom, was taken by the Washington Wizards with the ninth overall pick of the NBA Draft on Wednesday night – the earliest an Israeli has been picked in league history.

“Israel is a small country, to represent the country and be in the highest spot is amazing,” Avdija told ESPN. “I’m super excited to take my game to the next level.”

Asked what message the so-called “Prince of Tel Aviv” would send to family, friends and fans at home in Israel, he said, “I love them and I’m  gonna make you proud.”

One ESPN broadcaster called Avdija, considered the top international prospect, maybe the “steal of the draft” while lauding his basketball IQ.

The draft was held virtually because of the COVID-19 pandemic.

Speaking to the media by Zoom after being chosen, Avdija said he couldn’t imagine being a lottery choice out of a small country like Israel. Making history, he said, is “a blessing.”

“I had the whole nation behind me,” he said. “I’m still thinking it’s a dream.”

He and Casspi spoke about playing in the NBA.

“We talked a lot about the rookie year specifically, about the skills I would need, all the travel and the schedule,” said Avdija, who turns 20 on Jan. 3.

ESPN has described Avdija as a future “big playmaker” — tall enough to play power forward, but also with the  “ballhandling, creativity and playmaking skill” of a point guard. Its scouting report adds that he brings “toughness, competitiveness and swagger.”

Avdija, a native of northern Israel who lives in the coastal town of Herzliya, near Tel Aviv, holds dual Israeli and Serbian citizenship. His father, Zufer, a Muslim Serbian-Israeli citizen, played for his native Yugoslavia’s national basketball team as well as several Israeli pro teams in the 1990s. His mother, Sharon Artzi, is a Jewish Israeli and former track and field athlete.

Asked about his father’s role on his basketball journey, Avdija told the media, “It was great to have another competitive spirit in the house. He told me how to act on the court, some small tricks he used in his game that I could use, to work hard, how to be a professional, always to be competitive and to play to win.”

Though he’s just getting started in his NBA career, Avdija was asked about paving the way for future generations of Israelis. He also called that a blessing.

“I’m glad that they will have somebody to look at and learn,” the teen pro said, “to show that even though we’re a small country we can do big things.”

A second Israeli was picked Wednesday night — marking the first time that two Israelis were picked in the same draft. The Boston Celtics took Yam Madar with the 47th selection. The 19-year-old has played for Hapoel Tel Aviv, in the same Israeli league as Avdija, for the past two years. He’s a 6-2 point guard described as a solid defender and passer.

Madar, at least for the 2020-21 season, will likely play overseas as the Celtics have few roster spots available. Boston will retain his rights.

During the ESPN broadcast, Auburn coach Bruce Pearl, who guided the U.S. team to the Maccabiah Games gold medal in 2009, made an appearance to praise his player Isaac Okoro, who went fifth to the Cleveland Cavaliers.

Pearl took some ribbing from ESPN’s Rece Davis over his gray beard.