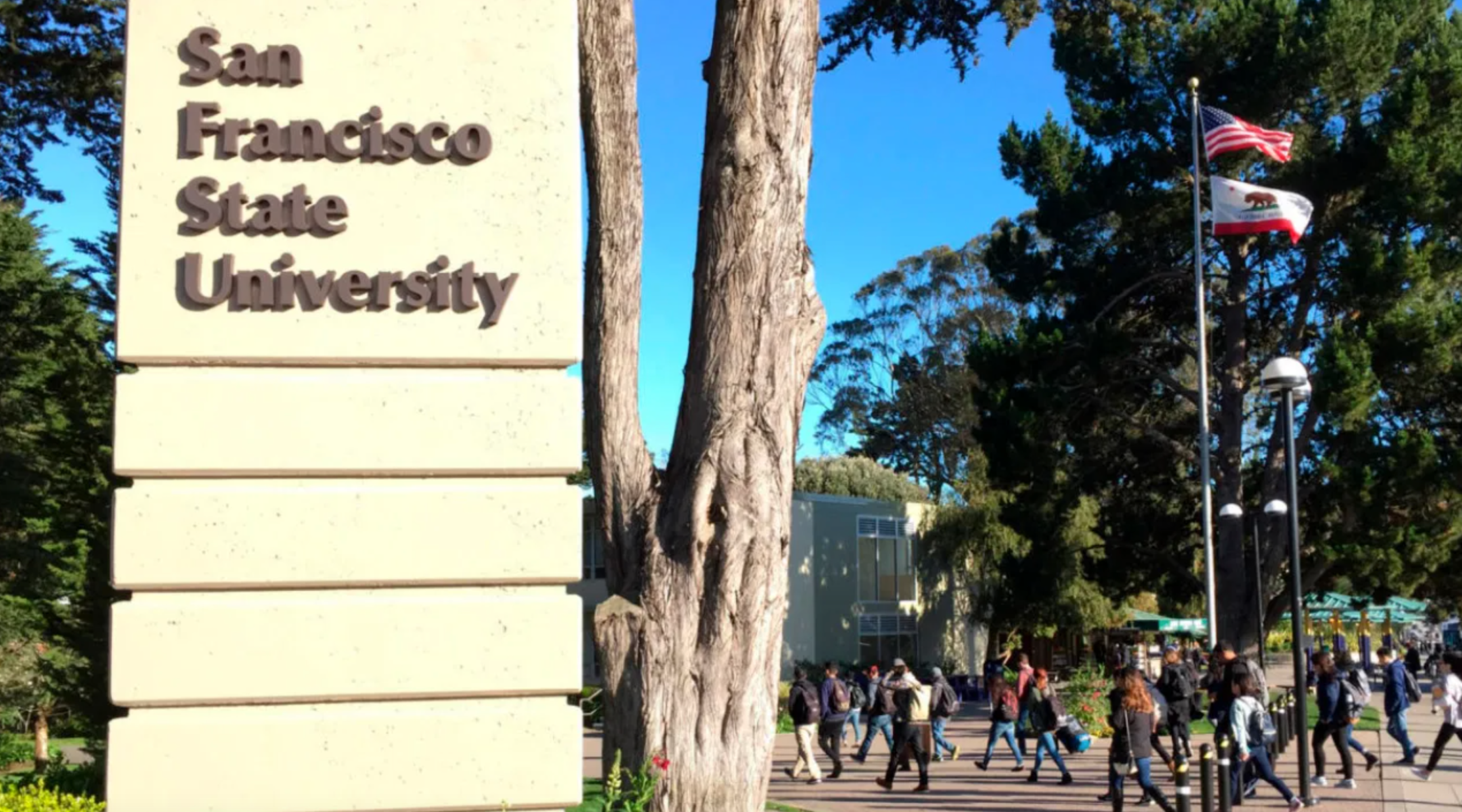 (Courtesy of J. the Jewish News of Northern California)
Advertisement

(J. the Jewish News of Northern California via JTA) — The student government at San Francisco State University has approved a divestment resolution targeting Israel that would have the school pull out of investments in companies that do business in Israeli settlements.

Following a lengthy and contentious public comment period, Associated Students passed the measure in a 17-1 vote with two abstentions. Nearly two dozen speakers had offered testimonies on both sides of the resolution.

The passage of the Boycott, Divestment and Sanctions resolution is expected to increase tensions between pro-Israel and pro-Palestinian students on campus, who have already seen one major dust-up this semester. A number of Jewish groups condemned its passage, including the Jewish Community Relations Council and the San Francisco Hillel.

Student government resolutions are not binding on the school.

The resolution does not name specific companies but refers to a national list of more than 100 firms that conduct business within the Palestinian territories. They include American corporations such as Airbnb, General Mills and Expedia, as well as some foreign companies. The list was created by the Office of the United Nations High Commissioner for Human Rights in February.

At an Oct. 28 meeting, student government representative James Aguilar said he had reviewed San Francisco State’s investments and did not find university ties to any corporation on the U.N. list. Other representatives during the meeting suggested adding language to the BDS resolution that would prevent future investments. The amended language was approved as part of Wednesday’s vote.

The resolution was spearheaded by the university’s General Union of Palestine Students, a student-led organization dedicated to “increasing awareness of the Palestinian struggle,” according to its Facebook page.

University spokesperson Kent Bravo did not respond in time for this article.

On Wednesday, the speakers who identified themselves as members of student organizations, including the Black Student Union, League of Filipino Students and the International Business Society, spoke in favor of the resolution, as did a handful of student government representatives.

“I think this document is very reflective of the culture that we should be striving for at San Francisco State in terms of supporting our students,” student representative Ja’Corey Bowens said.

In condemning the resolution, JCRC spokesperson Jeremy Russell said in a statement: “It will further exacerbate tensions at SF State, and we call upon the university leaders to ensure Jewish students are welcomed and protected. At JCRC we support coexistence advancement, including mutual cooperation to promote the economic and social welfare of the region and a two-state solution to end the conflict.”

“This resolution has, sadly, had a real and negative impact on our students’ wellness and experience of their campus,” she said. “But BDS’s real danger is that it seeks to influence the open hearts and minds of tomorrow’s leaders from a one-sided, deeply biased narrative against Israel.”

Ralston also suggested that the student representatives faced “extreme pressure and bullying tactics from activists from across the country” pressing them to vote yes on the resolution.

In September, the Arab and Muslim Ethnicities and Diasporas Studies program at SFSU invited Palestinian militant Leila Khaled, who hijacked two commercial airlines in 1969 and 1970, to a virtual on-campus event. After outcry from pro-Israel groups, Zoom, Facebook and YouTube all determined that Khaled’s participation violated their company policies and would not allow their platforms to be used to host the event.

One of the pro-Israel groups, the Lawfare Project, sent a letter on Oct. 1 to the Department of Education claiming that San Francisco State had violated federal law. The DOE responded a week later, saying that it had referred the allegations of wrongdoing for possible sanction to multiple federal agencies.