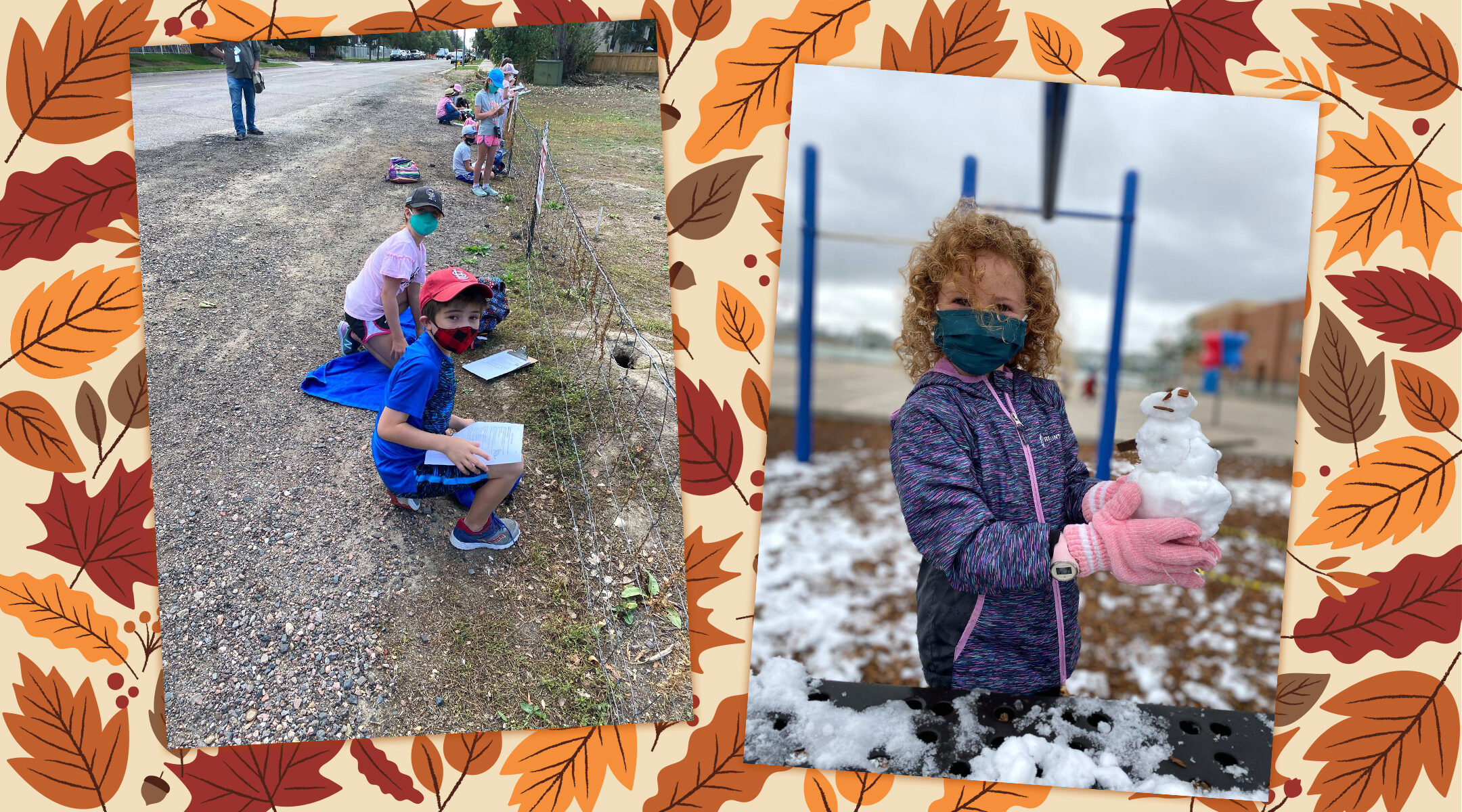 (JTA) — Staci Zimmerman’s in-laws had planned to fly in from Los Angeles to visit her and her family in Denver for Thanksgiving. But when COVID cases started climbing in Colorado and Los Angeles, they canceled their tickets.

Zimmerman doesn’t mind. In fact, she thinks they made the right call, given the “COVID covenant” she agreed to when her daughter returned to in-person learning this fall at the Denver Jewish Day School.

“There is an oath at the beginning of the year that we all signed,” she said. “We’re maintaining the code of ethics by not having anybody in our home.”

As the holiday approached, the school reminded parents about their pledge, which includes special rules for anyone traveling to and from COVID hot spots. With essentially the entire country erupting into one huge hot spot this month, it became clear to Zimmerman that staying home alone would be a small price to pay for what has turned out to be a giant privilege during the pandemic.

“We feel very fortunate that we’re still in school when the public schools are not,” she said.

Many Jewish day schools have been operating in person this fall, largely without incident, making them some of the only institutions in their communities to be functioning in any way resembling the way they did a year ago. School leaders have said safety protocols, coupled with clear and accepted expectations about behavior outside of school, have ensured that cases in their buildings do not spread.

But with the virus surging nationwide, the schools must cope now with a new challenge — and decide whether trusting parents is enough to keep students and teachers safe this winter. Meanwhile, parents need to make decisions daily about whether to send their children to school, knowing that — unlike in the case of Jared Kushner and Ivanka Trump, whose public departures from school expectations distressed parents at their Washington, D.C., Jewish school — they can’t really know what their fellow families are doing outside of school.

In a concession to the fact that many families may gather despite the health risks, some Jewish schools are calling off in-person instruction after Thanksgiving. Others are resuming classes virtually before shifting back to in-person instruction once a communitywide quarantine has been observed. Still others, including Denver Jewish Day School, are reiterating their expectations and trusting that families will make safe choices.

Farber Hebrew Day School in Detroit, for example, discouraged travel for Thanksgiving and is requiring any families who traveled or hosted guests from outside the area to stay out of the school for 14 days or take a COVID test five days after the exposure and receive a negative result before returning in person.

The Atlanta Jewish Academy asked families to keep Thanksgiving meals with those outside their households outdoors, a more manageable request in Georgia than in Michigan in November.

“Please remember to host OUTDOOR Shabbat and Thanksgiving meals, where families are separated by at least 6’ from other guests, not sharing food,” the head of school wrote to parents in an email.

And in New York City, the Rodeph Sholom School has asked families to stay home for the holiday.

Alina Adams, whose daughter attends Rodeph Sholom, said she wouldn’t worry about what other parents were doing because it was ultimately out of her control. But she also hoped that because the school community is built around values like tikkun olam, repairing the world, the parents would feel the same sense of responsibility that she had to keep everyone safe.

“They have asked people not to travel or attend large gatherings outside,” Adams said of the school’s guidelines for Thanksgiving. “I’m going to trust that this is a community that’s going to look out for each other.”

Others say that having to trust other parents to make responsible decisions about how they behave outside of school is unnerving.

One father in Boca Raton, Florida, originally chose to keep his son home from the Katz Hillel Day School, a Modern Orthodox school, having him use Zoom videoconferencing for classes because he was concerned about the health risks of attending school in person. But when his son’s grades started suffering, he decided to send him back to in-person classes. He’s still not sure it was the right decision.

“I question every minute,” said the father, who requested anonymity.

Part of the problem is that he doesn’t feel he can trust the other parents to limit their exposures outside of school. He said he had seen families whose children attended the school having bar or bat mitzvahs for their children where people were not wearing masks. He also heard about students socializing outside of school without taking the same precautions that were taken inside the school building.

“There’s only so much the school can do, which is the problem,” this father said, noting that students were required to wear masks in school but that they could not control what went on outside the building. He added later: “It’s one of those things where I feel like we’re the only people taking it seriously.”

For other parents, the reliance on fellow parents in the school community has actually reinforced their belief in the values of the school and  feelings of community around those values.

“As I send my kids to school with like-minded, slightly more progressive but observant Jewish parents, I sort of make an assumption that they’re similarly like-minded about COVID practices,” said Shuli Karkowsky, who sends her son and daughter to the early childhood center at SAR Academy, a Modern Orthodox school in Riverdale, New York. “If this is the message that represents me and my community to the world, the way that SAR is winding its way through various conflicting values, I’m actually quite proud of it.”

At the same time, she said, seeing how people responded to extra COVID restrictions has made it clear that not everyone in the school community is on the same page. But Karkowsky said she thinks what the school is asking of parents is reasonable and that the majority of parents appear to agree.

“I think they’re asking parents to do something slightly more strict than what might be in state guidelines but which comes with the privilege of being able to go to in-person school,” she said.

Laura Chefer, a speech pathologist and mother of two in Atlanta, said she noticed that it was often the parents who had more trouble following the public health guidance than their children.

“The kids are getting really used to it,” she said of wearing masks around other people. “Less so with the parents.”

But, Chefer said, everyone was taking on a certain amount of risk within the guidelines set by the schools.

“I think it’s kind of a personal choice that every family is evaluating their level of risk and deciding what’s acceptable,” she said. “I think everything is OK as long as you’re following what the school is putting out.”

Chefer said that just as Jews are prepared for a solitary, pared-down Thanksgiving because they have already experienced a series of socially distanced holidays, so are Jewish schools prepared to keep holding classes safely during an especially intense period of the pandemic.

“If we got through Sukkot without having to shut down … I feel confident that we won’t at this point,” she said. “But they’ll have to do what they have to do.”