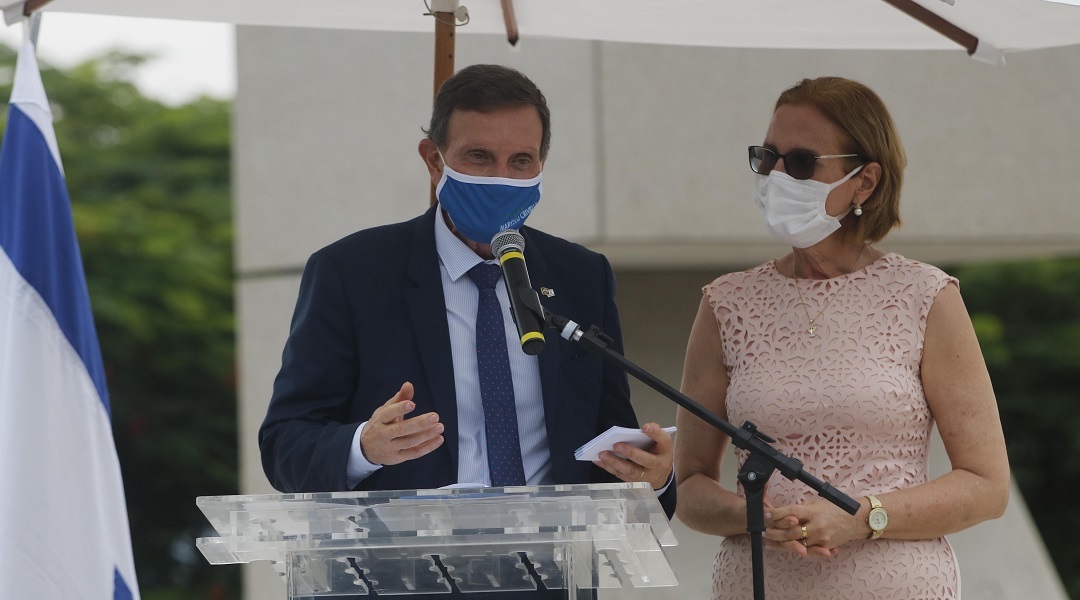 Marcelo Crivella, 63, was granted home arrest for being part of a risk group for COVID-19.

Crivella, who laid the memorial cornerstone for Rio’s Holocaust memorial in 2017, has denied any wrongdoing and said he is the target of political persecution.

Prosecutors accuse Crivella of heading a criminal group that collected over  $10 million in bribes from companies with city contracts. He is the first Rio mayor to be arrested during his term.

Rio City Council member Teresa Bergher, the widow of the former council member who conceptualized the Holocaust memorial idea, commented about the arrest on social media.

“Despite having been opposed to his government, inspecting and pointing out the countless errors of his administration, I confess that I was sad and even depressed with his arrest,” she wrote on Facebook.

Bergher, who was reelected recently, called Crivella “the most incompetent mayor in history” and released an open letter slamming him for inaugurating an unfinished memorial days before the end of his term.

“Today, the City of Rio de Janeiro is magnified, dignified, ennobled and redeemed from the absence of a just tribute,” Crivella told the Jewish Telegraphic Agency.

Crivella is an evangelical clergyman who in March received the highest honor granted by the Jewish community in Brazil’s second largest city for his support of Jewish causes. One month before, his wife represented the mayor at the dedication ceremony of a public square named for the late Lubavitcher Rebbe. He reportedly has visited Israel some 40 times.

In 2019, Crivella joined a global Jewish initiative to raise awareness about the Holocaust and the dangers of anti-Semitism. He gathered the municipal staff to take a group picture holding a poster with the hashtag #WeRemember.

In 2018, Crivella sang gospel songs to an audience of 4,000 and donated the entire box office to funding for the Holocaust memorial.

Crivella is a nephew of Edir Macedo, founder of the evangelical Universal Church of the Kingdom of God nearly 50 years ago. He also has played a pivotal role in the church as it gained some 5.2 million followers at 13,000 temples across Brazil and worldwide.