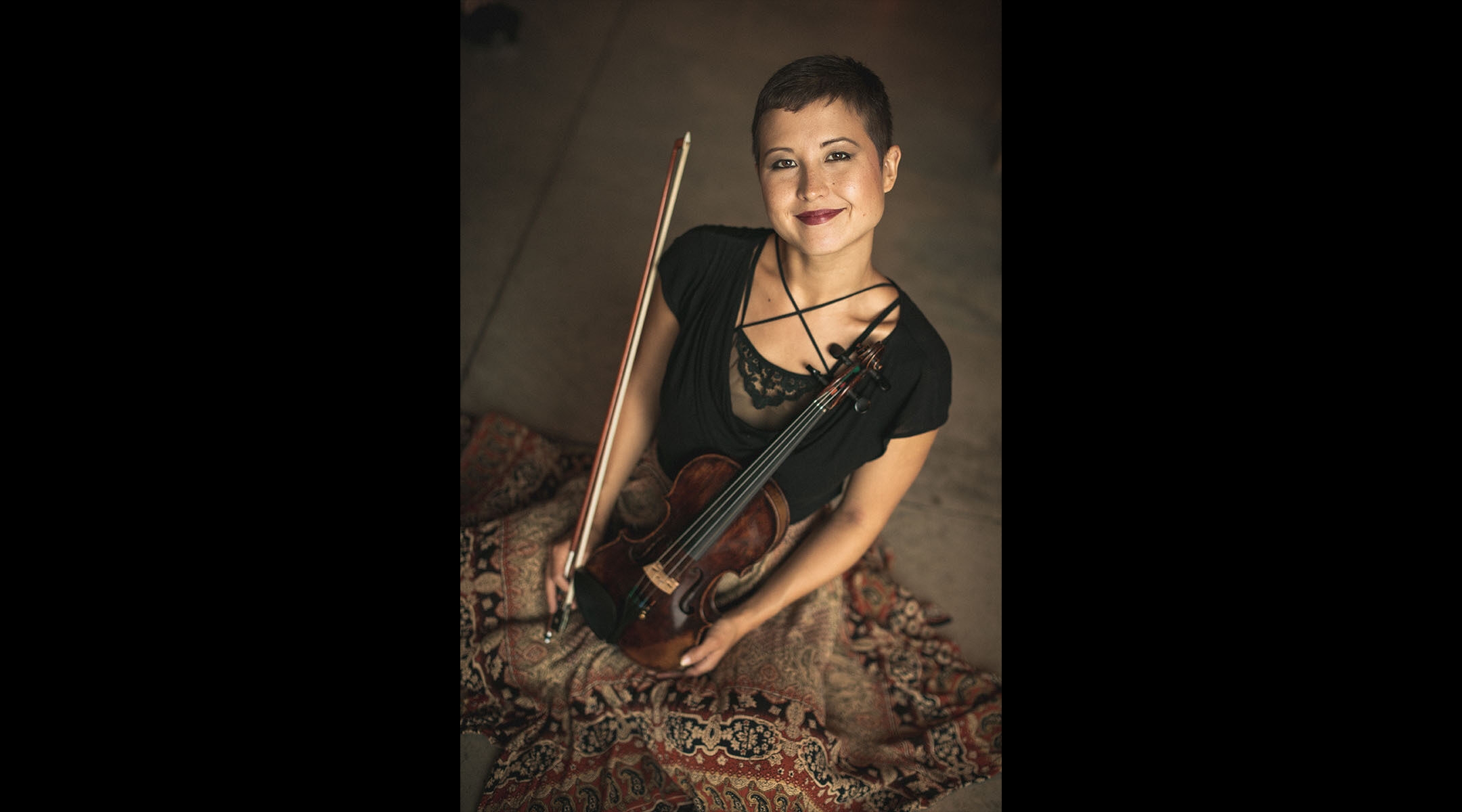 Coleen Dieker said the pandemic "forces us to create our own spiritual food and think: What is my Judaism to me?” (Courtesy of Dieker)
Advertisement

A Korean-American musical prodigy who plays everything from violin to guitar to piano, Dieker was raised in a devout Catholic home where she played church music every Sunday with her three siblings.

But after a rebellious stint in her 20s in which she struggled with addiction and depression and gave up religion, Dieker stumbled into an unusual gig with a traveling Jewish prayer band in Kansas City.

“I didn’t really know anything about Jews because I grew up going to Catholic school and had never really connected to Jewish communities or people,” she said.

Dieker got sucked into the world of bar mitzvahs, Jewish holidays and Shabbat, and before she knew it was rediscovering spirituality – this time from a Jewish vantage point.

“All the music I play follows my spiritual journey,” she said. “I fell in love with Jewish music.”

Dieker started working at a Reform synagogue in 2012 as a pianist, quickly picking up Hebrew and helping lead songs during services. A year later she became the musical director at The Temple-Congregation B’nai Jehuda in Overland Park, Kansas, working with the rabbi to redesign the congregation’s High Holiday services.

Her interest in Judaism deepened, and she took her first trip to Israel.

On Hanukkah 2016 she formally converted to Judaism. She chose for herself the Hebrew name Rafaela Zimra.

“I love playing really loud music with people in a bar. It feels just as important as sitting in the synagogue with praying Jews,” Dieker said. “Music is the basis of my spiritual path.”

Since the pandemic began, Dieker has suffered some setbacks. Most non-Orthodox synagogues in America shifted to virtual worship, so she stopped travel with the tefillah band. She broke her leg in April, leaving her mostly homebound.

But like many Jewish musicians, Dieker has found ways to innovate despite the danger of communal singing. Stuck at home, she invited friends over to sing with her every Shabbat, recorded Jewish songs and medleys that she posted on social media, and kept up some synagogue gigs virtually, including a job preparing a pre-recorded Yom Kippur service for a local synagogue.

“The pandemic really is a gift,” she said. “It forces us to create our own spiritual food and think: What is my Judaism to me?”