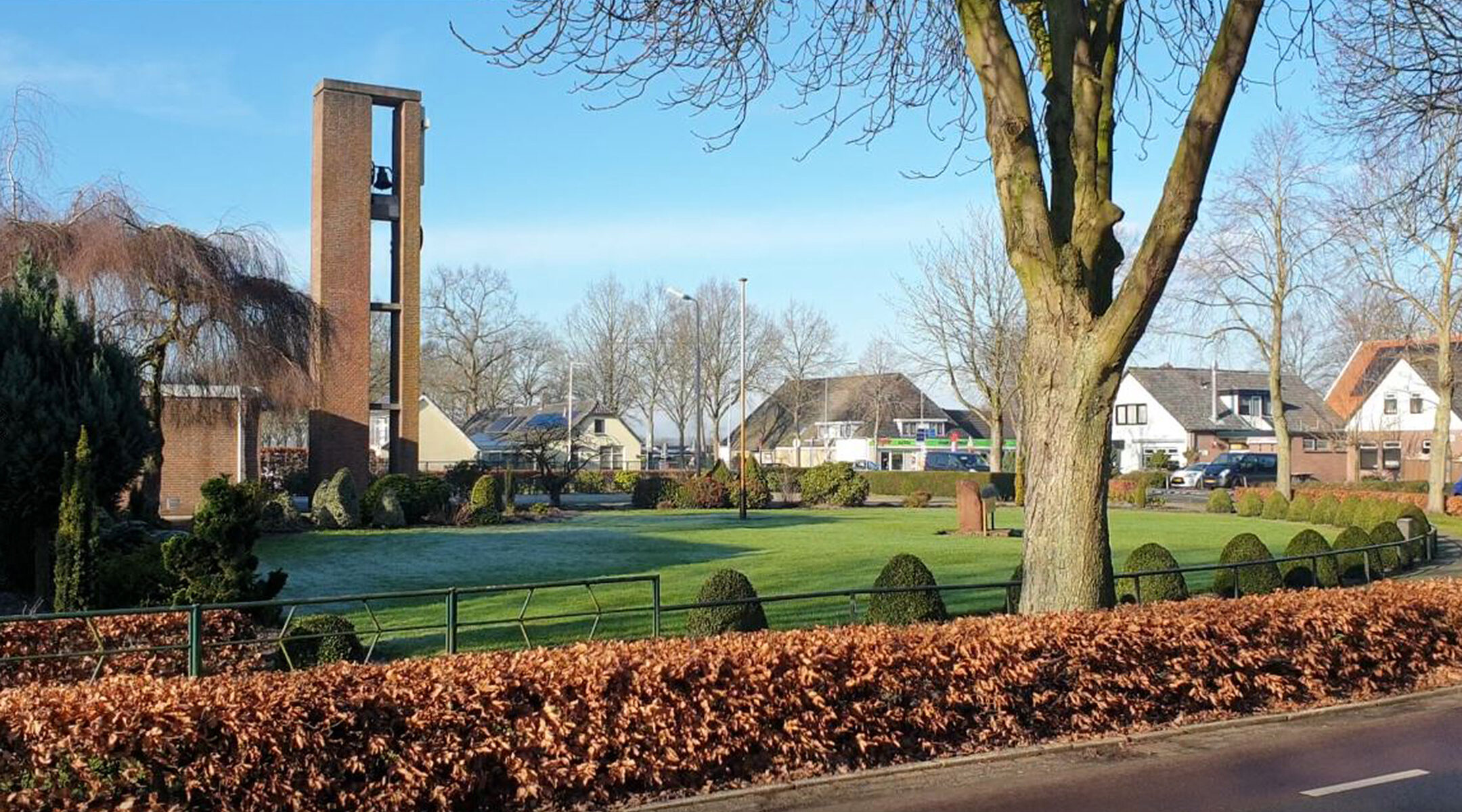 NIEUWLANDE, Netherlands (JTA) — On a cold February morning in 1945, a Dutch Nazi SS unit noticed a foreign-looking man walking around a farm in this remote village.

The Nazis confronted farm owner Jan van der Helm and gunned him down when he tried to escape. They discovered five Jews in hiding on the farm, and beat one of them, Szaya Reiner, to death in front of his wife, two sons and his nephew. The remaining four got sent to a concentration camp and eventually survived the Holocaust.

The murder of van der Helm, a father of two, was a shocking tragedy for the close-knit rural community of Nieuwlande.

Yet the raid could have gone much worse for the village.

Unbeknownst to the Nazis, van der Helm’s farm was merely the tip of the iceberg of an almost unique collective rescue operation. Nearly all the 700-odd residents of Nieuwlande were involved in hiding and saving hundreds of Jews as well as resistance fighters and German deserters.

The French village has become the stuff of legend, with the first documentary film about it appearing in 1987, followed by several others. A museum was constructed there more than a decade ago.

But partly because of the aversion of its largely Protestant population to self-praise, Nieuwlande has remained largely unknown even inside the Netherlands. The Dutch National Holocaust Museum has had no exhibitions about it and the Dutch Resistance Museum has devoted exactly eight words to the rescue operation on its website.

With the exception of a silent reenactment done immediately after World War II, there have been no documentary films made about Nieuwlande, which, unlike Chambon, doesn’t even have an entry in the Holocaust Encyclopedia of the United States Holocaust Memorial Museum.

Yet the wartime history of Nieuwlande encapsulates the broader story of the Holocaust in the Netherlands.

It has world’s second-highest number of documented saviors of Jews, but also had many collaborators who, aided by the topography and Holland’s proximity to Germany, helped the Nazis achieve in the kingdom the highest death rate among Jews anywhere in Nazi-occupied Western Europe. Of 140,000 Dutch Jews, more than 100,000 were murdered.

The first museum showcasing the Nieuwlande rescue was opened in 2018 by volunteers at an old school, donated for the cause by the local municipality. It has received about 5,000 visitors so far. 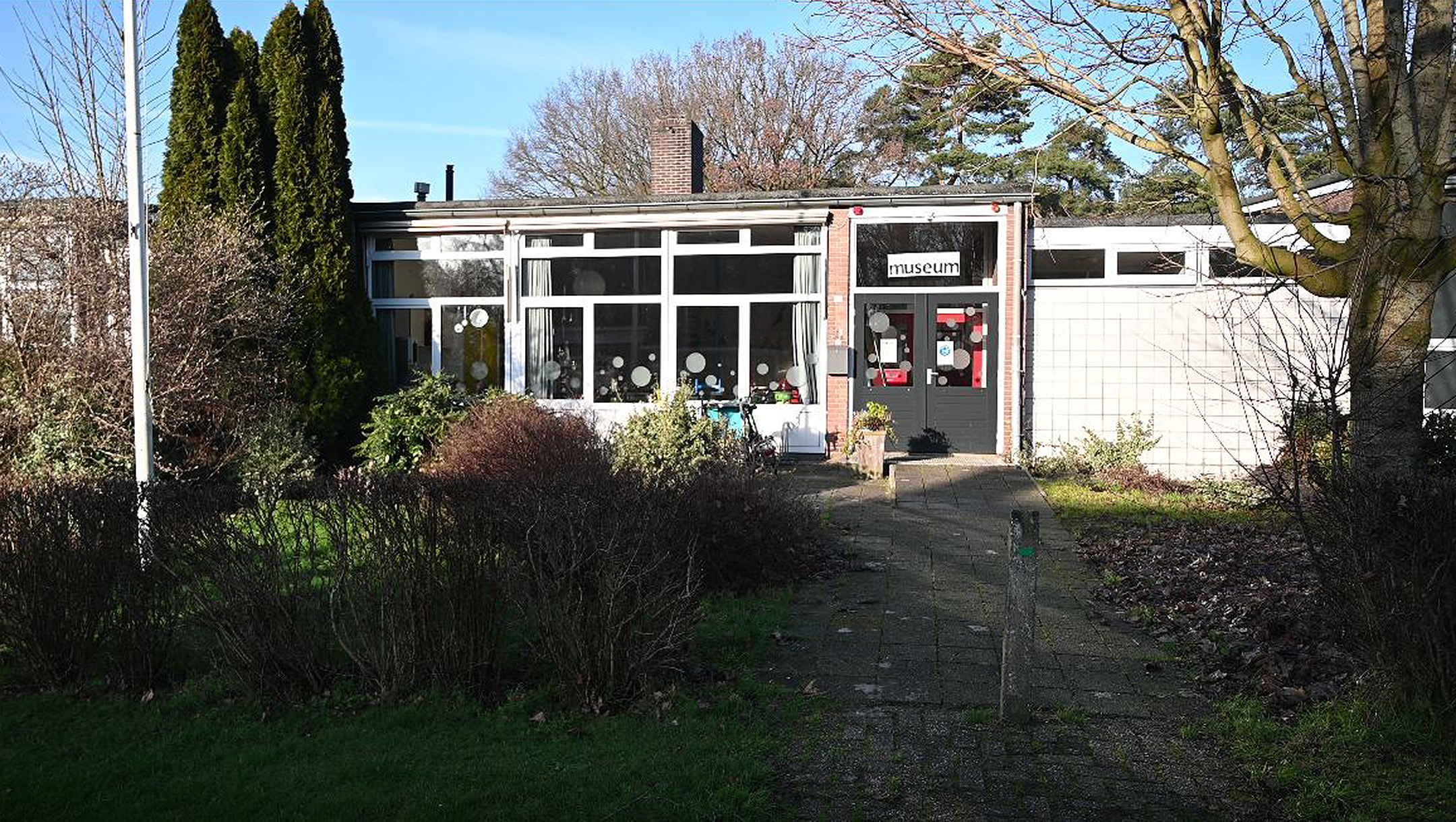 The building of a former school houses the De Duikelaar museum on the rescue of Jews in Nieuwlande, the Netherlands. (Cnaan Liphshiz)

“Telling the story is saying that what happened here was extraordinary, yet to many of the rescuers and their families it was too self-evident to celebrate,” said Hanneke Rozema, a Nieuwlande resident and one of the museum’s founders. “I think it’s part of the reason the story’s relatively not very well known.”

Facilitating the rescue operation was Nieuwlande’s sprawling layout, which is unusual in a densely populated country where land is precious because so much of it needed to be reclaimed from the rivers and sea. 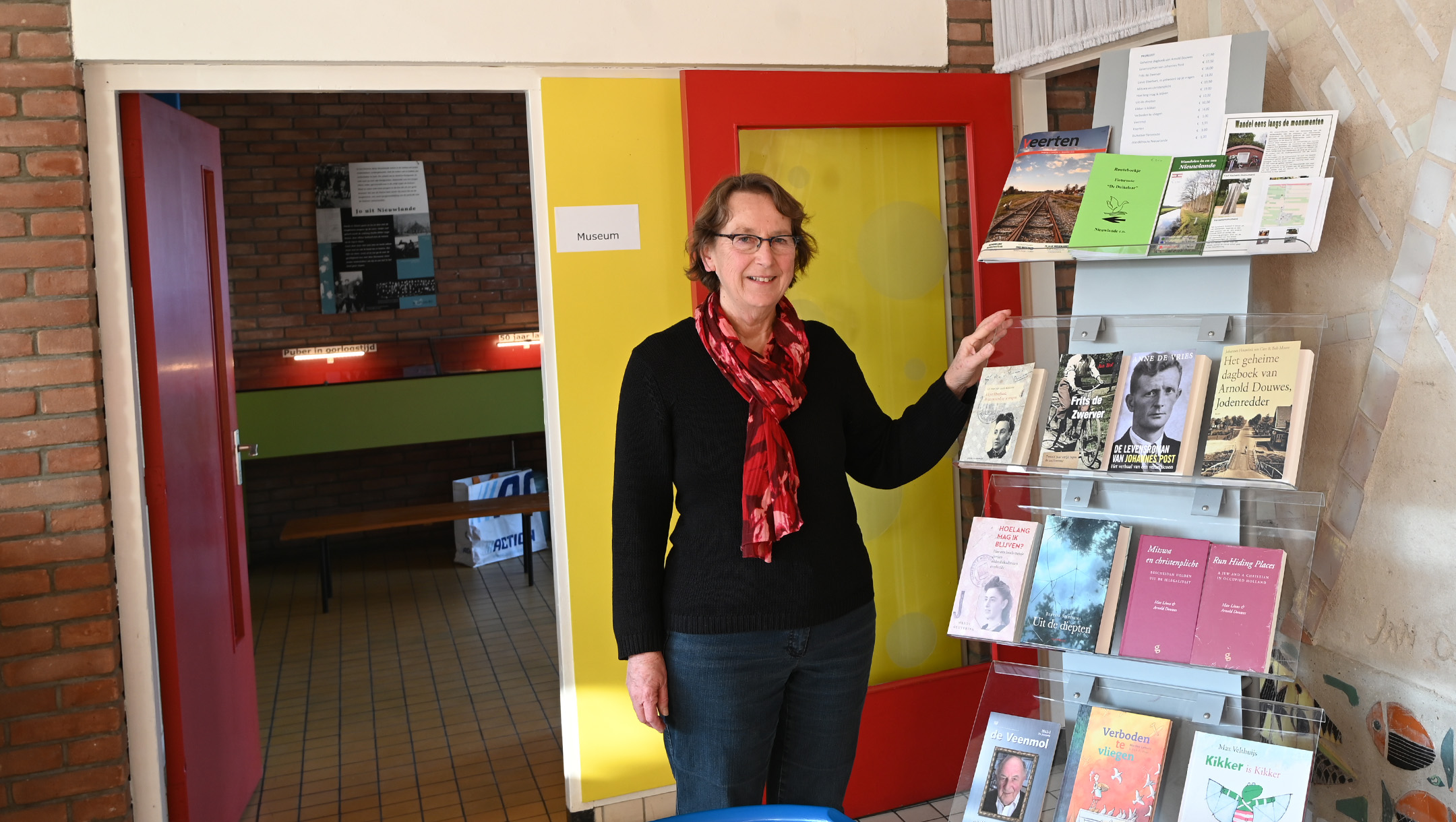 In 1940, when the Germans invaded the Netherlands, Nieuwlande was little more than 150 farmhouses spaciously arranged along a road and separated by ditches. Devoid of a real center, Nieuwlande’s layout betrayed very little of the secret action going on in its farmhouses to patrolling Germans, police and the Landwacht, the SS detachment to which van der Halm’s killers belonged.

“It was a good place for resistance work,” Rozema said. “People didn’t know necessarily exactly what was happening on their neighbor’s farm, and many of them didn’t particularly want to know, either.” 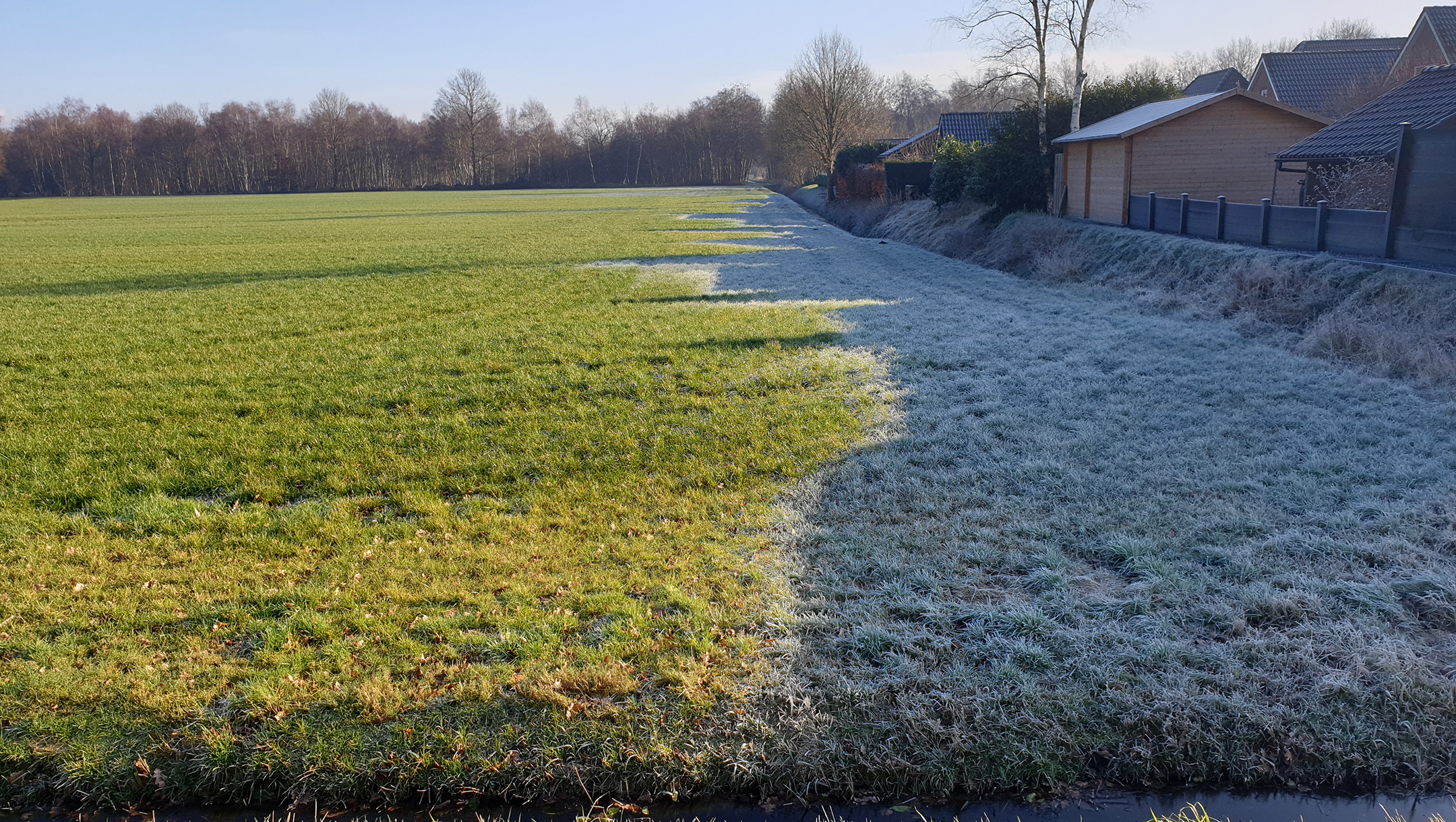 Frost recedes from the sunlight on the fields that divide the houses in the sprawling village of Nieuwlande, the Netherlands on Jan. 25, 2021. (Cnaan Liphshiz)

One Jewish boy, a former classmate of Anne Frank named Sally Kimel, lived for a year in a Nieuwlande farmhouse without knowing that his uncle, aunt and two nephews were hiding less than a mile away. They were the family of Szaya Reiner, the Jew who was beaten to death. Sally was reunited with them shortly before the SS raid.

The leaders of the rescue operation, a gardener named Arnold Douwes and farmer Johannes Post, and other members of the resistance made dugouts in the woods just beyond the line of houses where Jews could lay low if a raid was coming. In recent years, one such dugout was restored. It’s a wartime monument but it’s accessible at all times and children from the surrounding houses like to play in the dugout’s short tunnels. 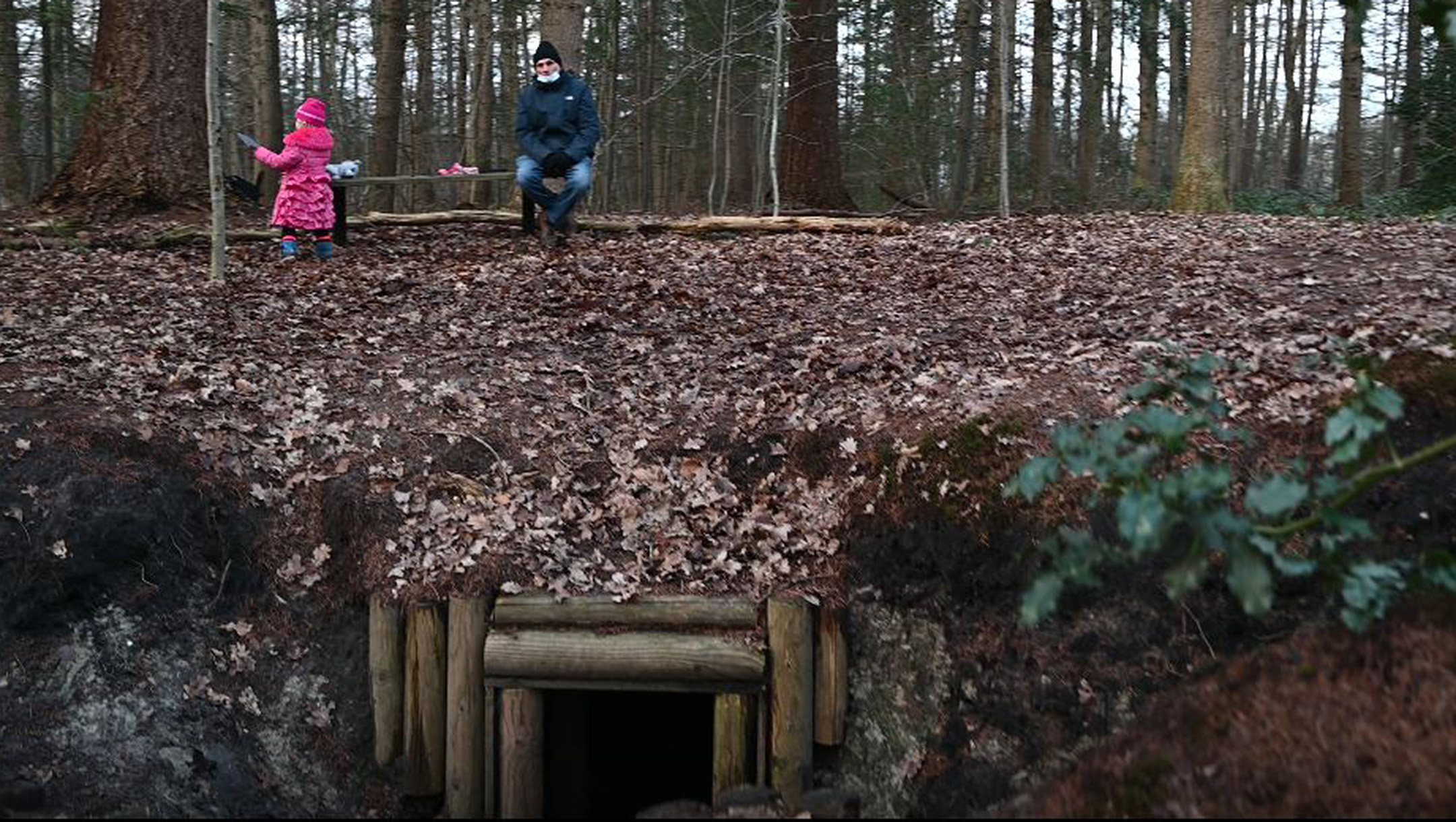 A Dutch child plays near her grandfather atop a reconstructed dugout for Jews in hiding in Nieuwlande, the Netherlands on Jan. 25, 2021. (Cnaan Liphshiz)

Nieuwlande, which has doubled in population since 1940, does have more of a center today, where a monument to the rescuers resembles a dugout. Its facade features a framed copy of the Hebrew-language Yad Vashem certificate honoring Nieuwlande. The bunker’s interior echoes with the chime of bells from a nearby church, which, unusually for Dutch villages these days, toll at noon. 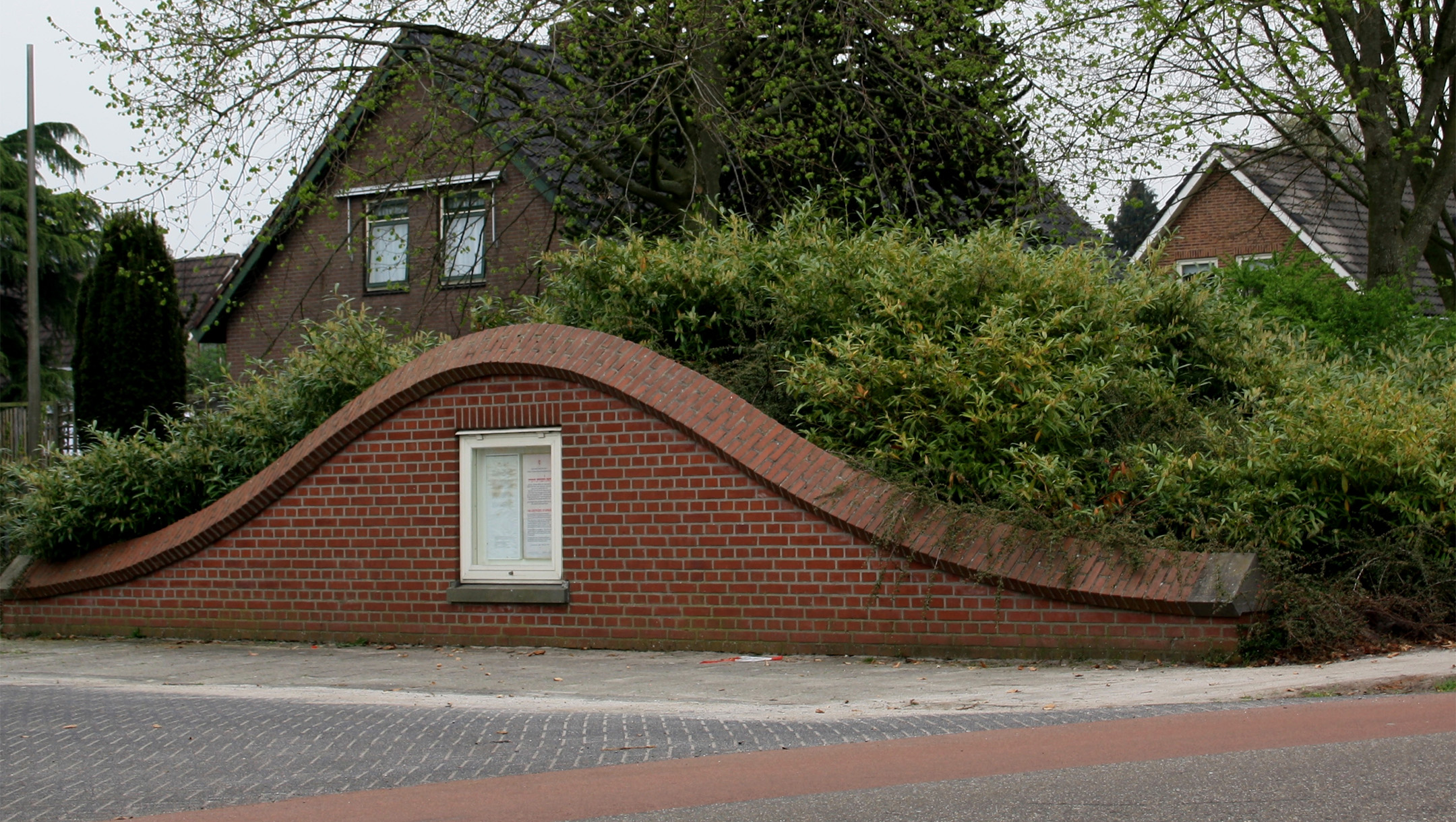 A copy of a certificate from Yad Vashem features prominently on the wartime monument of Nieuwlande, the Netherlands, which is designed to resemble a dugout for hiding Jews during the Holocaust. (Wikimedia Commons)

Faith played an important role in the rescue operation, according to Haim Roet, an 88-year-old Holocaust survivor who spent at least two months in hiding in Nieuwlande.

“The rescuers were mostly religious people, some very religious, and I think this played an important role in their actions,” Roet, a father of three from Jerusalem who immigrated to Israel in 1949, told the Jewish Telegraphic Agency.

Two Jewish teenagers, Lou Gans and Isidoor Davids, spent much of the Holocaust living under the floorboards of a former church in Nieuwlande, whose building is adjacent to the museum. There they produced a hand-written newspaper, “De Duikelaar,” Dutch for “the person in hiding.” Complete with caricatures of Nazi politicians and anecdotes about life underground, the 10-page publication would be distributed among the people in hiding.

Only two copies remain, and one of them is on display at the museum, which is named after their paper. Both teenagers survived the war and remained in the Netherlands. They both died in recent years. 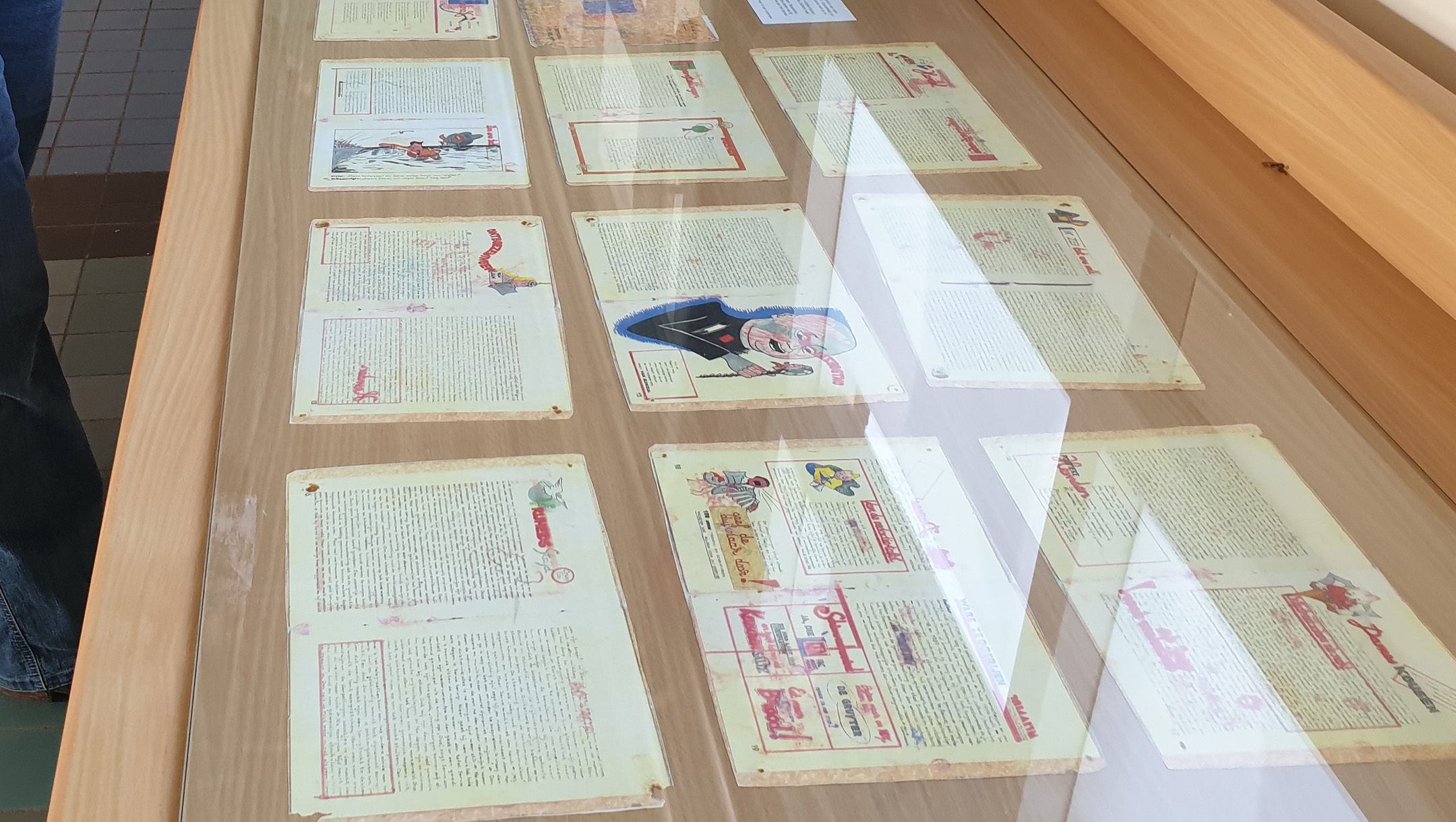 One of two surviving copies of a paper that Lou Gans and Isidoor Davids produced in hiding during the Holocaust in Nieuwlande, the Netherlands. (Cnaan Liphshiz)

People hiding in Nieuwlande enjoyed varying degrees of freedom. Douwes and Post came up with a code that classified the guests according to gender, age and how Jewish they looked.

One of the heroes of the Nieuwlande rescue operation was a Jew named Max Leons, who by his own account looked “very Jewish.” He sought refuge in Nieuwlande but took an increasingly active role in the resistance, including going on undercover missions that were far more dangerous for him than someone with more typically Aryan looks. He died in 2019.

The leaders could be tough on their charges and fellow rescuers, aware as they were that the whole village would pay the price if the operation was discovered. During Roet’s stay in Nieuwlande, one Jewish woman with mental health issues insisted on walking down the village’s main road in violation of security protocol.

She later stole from the family that hid her and Douwes reportedly considered killing her because her behavior was risking the lives of multiple people and she couldn’t be trusted to keep the village’s secrets if she were banished, Roet said. He does not know how the story ended.

Similarly, Douwes became furious when some Jews in hiding mailed Yiddish-language letters to their relatives in Amsterdam — which could have tipped off the Nazis who were monitoring the mail.

Douwes was very determined and unusual, according to Bob Moore, a Holocaust scholar  from the United Kingdom. A Calvinist pastor’s son, he spent the 1930s wandering the United States and Canada as a vagabond.

In 2018, Moore and his Dutch colleague Johannes Ten Cate published an annotated edition of the diary Douwes kept during World War II. Titled “The Secret Diary of Arnold Douwes,” it is one of the only diaries anywhere by a rescuer, Moore said in a lecture about it last year.

Writing it violated Douwes’ own safety protocol, Moore said. To mitigate the risk, Douwes put each entry in a jar and buried it, retrieving it only after the war.

Douwes was honored by Yad Vashem as Righteous Among the Nations in 1983, but threatened to burn down a tree that was planted in his honor at the Israeli memorial site unless his whole village was recognized as well. In 1988, Yad Vashem dedicated a monument to honor the village.

Douwes married Jet Reichenberger, a Jewish woman he helped rescue. They lived in South Africa for a while until Douwes insisted they move because he couldn’t bear to live under apartheid, he told Roet. In the 1950s, the couple settled in Israel, where they had three daughters. They eventually divorced and Douwes returned to the Netherlands. He died in 1999 at the age of 93.

In a rare 1985 interview about his actions with the Nieuwsblad van het Noorden, a regional paper, Douwes said: “I did it all because I had no other choice.”