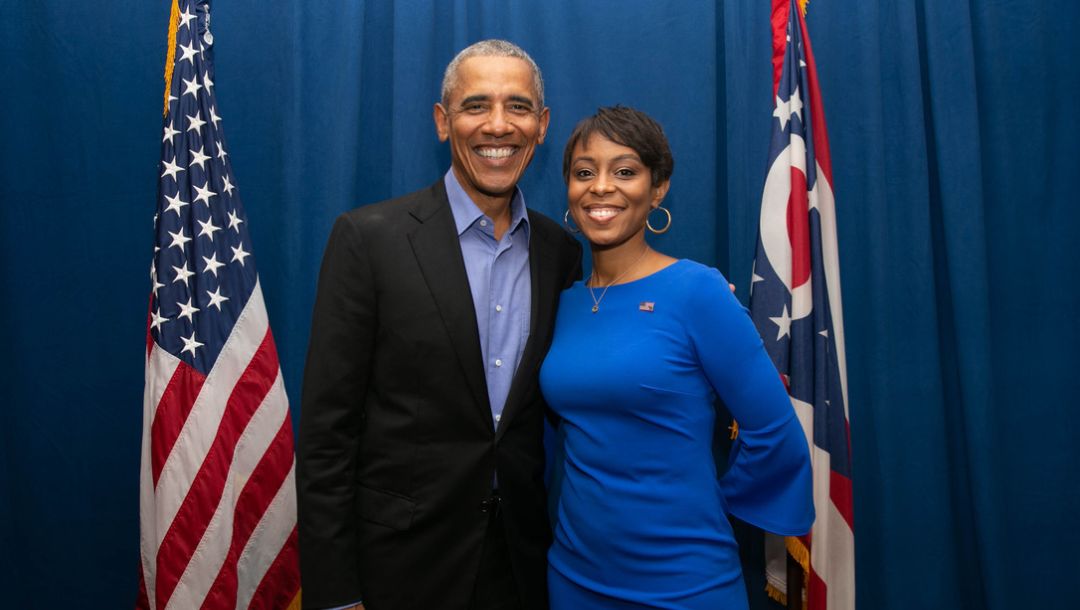 (JTA) — The Democratic Majority for Israel political action committee has made an endorsement in a special congressional election in Ohio, a sign of how Israel tensions within the Democratic Party have not abated since the party’s sweeping wins in November.

The PAC affiliated with the pro-Israel group announced Tuesday that it is endorsing Shontel Brown, a Cuyahoga County councilwoman who has the backing of the party’s establishment and who has cultivated the mainstream pro-Israel community.

The field ahead of the May primary for the special election is crowded, but the candidates attracting the most attention are Brown, who chairs the county’s Democratic Party, and Nina Turner, a former state senator who was prominent in the 2016 and 2020 presidential campaigns for Vermont Sen. Bernie Sanders, the flagbearer for the party’s progressive left.

Battles between Israel-critical progressives and mainstream pro-Israel Democrats played out ahead of last November’s election in the presidential primaries, congressional primaries — in New York, Missouri and Minnesota, among other states — and in negotiating the Israel-related language of the party platform.

Progressives scored wins in several congressional primaries, but mainstream pro-Israel groups were heartened by Joe Biden’s nomination and election, citing his long friendship with the pro-Israel community. Biden personally intervened to keep Israel-critical language out of the party platform.

In addition to Biden’s election to the presidency, Democrats flipped the Senate and maintained control of the U.S. House of Representatives, granting the party all levers of government for the first time since 2010.

The Ohio race, to replace Marcia Fudge, whom Biden has tapped to be Housing Secretary, is the first 2021 stage for the Israel-related battle.

The 11th District, straddling Cleveland and Akron, has a substantial Jewish population which, together with Turner’s association with outspoken critics of Israel, has made the race a magnet for pro-Israel interest. Last week Jewish Insider reported that another pro-Israel PAC, Pro-Israel America, is also planning to endorse Brown.

Mark Mellman, the DMFI PAC president, told the Jewish Telegraphic Agency that Brown, who has visited Israel, has the qualifications to merit the PAC’s endorsement, but acknowledged that Turner’s candidacy was also a factor in the endorsement.

“There’s no question that [Brown] is going to be a strong advocate for the U.S.-Israel relationship,” Mellman said, noting her stated opposition to the boycott Israel movement and her unequivocal support for defense assistance to Israel.

Turner, he noted “is in favor of placing additional conditions on aid” to Israel. “Unlike 95% of House Democrats, she refused to condemn BDS,” the boycott, sanctions and divestment movement targeting Israel. Turner has said she will not reveal her position on BDS except to say she opposes legislative efforts targeting the movement.

The general election is in August and whoever wins the Democratic primary is heavily favored to win.