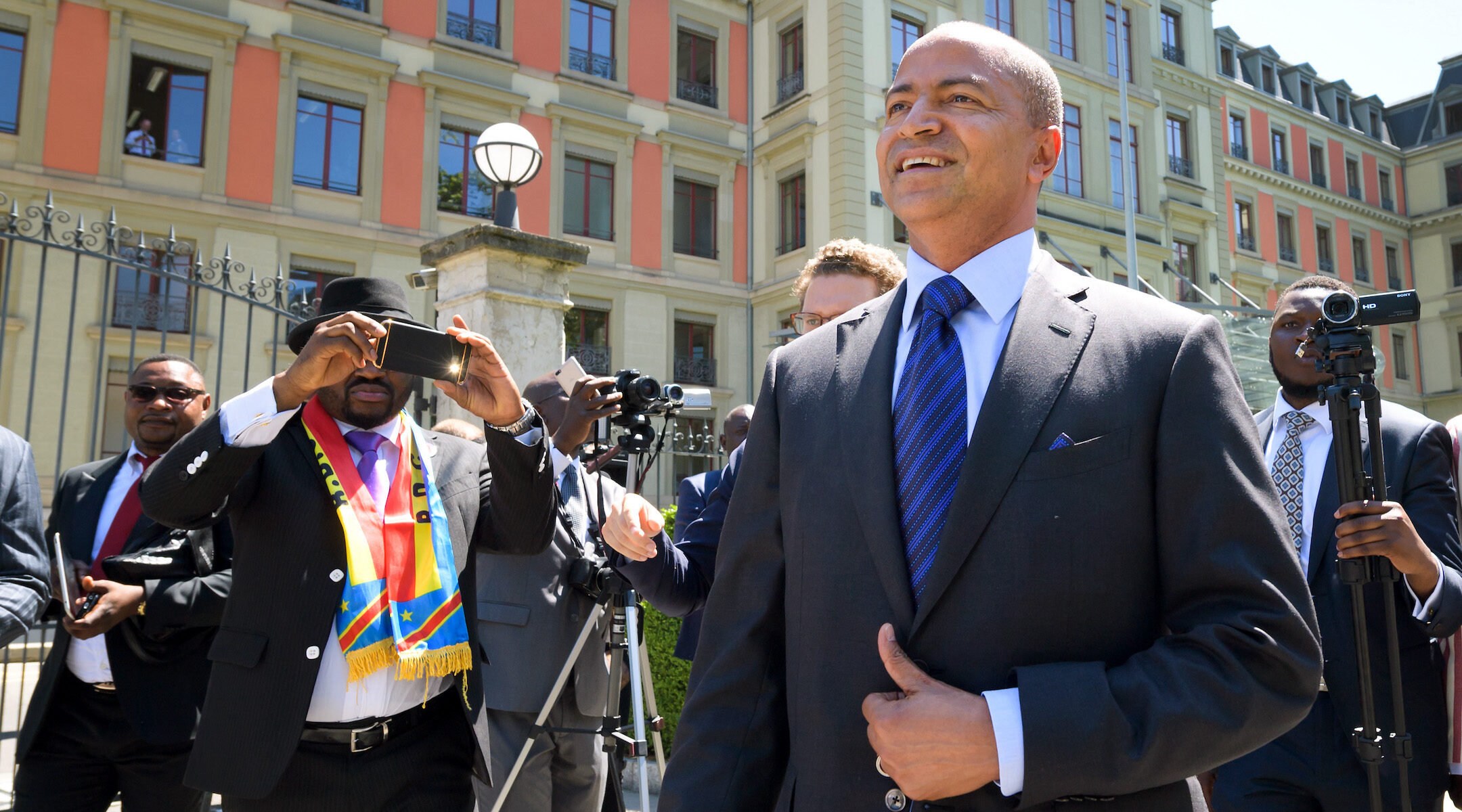 (JTA) — Like many powerful politicians in Africa, Moise Katumbi goes by multiple titles. He is widely seen as the leader of the opposition of his native Democratic Republic of Congo, and he’s the president of its TP Mazembe soccer team, which is one of Africa’s finest.

Now Katumbi is also closer than he’s ever been to becoming the first African ruler descended from a Holocaust refugee.

Katumbi’s father, Nissim Soriano, was a Greek Jew who fled the island of Rhodes from the Nazis and settled in Congo in the 1930s, when it was still a Belgian colony. Soriano built a fishing business empire and married the daughter of a local chief, Mwata Kazembe XIV Chinyanta Nakula, with whom he had two children.

Katumbi does not define himself as Jewish, “but he has a warm connection to Judaism and Israel,” said Menachem Margolin, a Brussels-based rabbi who has become a close confidant of Katumbi since 2018.

In public addresses, the African politician refers frequently to his Jewish roots, even calling himself “the Moses of Katanga, back to lead his people.” (Moise is the French spelling for the name Moses.) Katumbi was the governor of Katanga, one of the country’s 21 provinces and by far its richest in minerals.

Margolin, the Israel-born director of the Brussels-based European Jewish Association, said his relationship with Katumbi started “because I’m a rabbi,” but he declined to elaborate, citing his need to preserve the privacy of those who approach him in his rabbinical capacity.

Last week, Katumbi was asked to become prime minister or appoint one of his allies to the post, according to the African Report. He has not yet responded to the offer. Katumbi, who declined to be interviewed for this article, had spent three years in exile in Brussels, where he met Margolin, before his return to Congo in 2019.

Katumbi had to flee because prosecutors in the capital, Kinshasa, had issued a warrant for his arrest for alleged corruption. Katumbi, who enjoys considerable popularity in Katanga, has argued the claim was bogus to prevent him from running for president. The warrant was finally lifted in 2019, allowing his return. 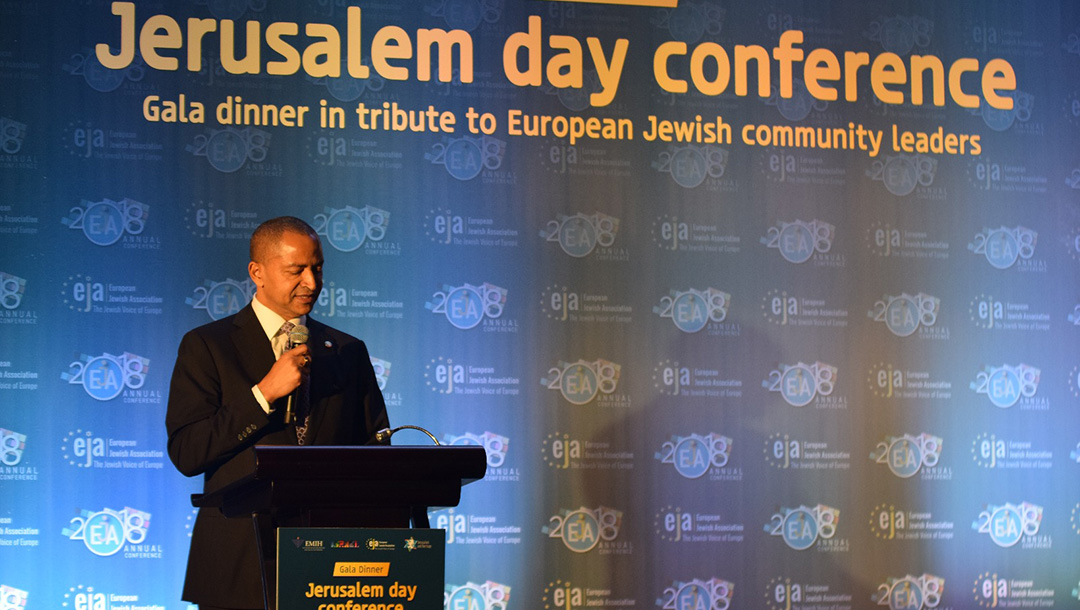 Congo has lived through decades of anti-democratic political dysfunction that has essentially bankrupted the war-torn Central African nation three times the size of Texas with an unparalleled wealth in natural resources.

Katumbi’s own family lost everything, including their name, in one of the Congo’s best-known upheavals: the rise to power of its kleptocratic former despot, Mobutu Sese Seko, in 1965. Under Mobutu, his loyalists nationalized and divided among themselves businesses and possessions across the country, including the Soriano family’s fishery. The family was also forced to change their Western-sounding name to something more African. They selected Katumbi, a name that appears in the lineage of the chief’s family.

In Greece, Soriano’s family, including his parents, had all perished in the Holocaust. Soriano’s sisters, however, came with him to the Congo and survived.

Katumbi, who is married and has six children, preaches reform and change in his speeches — a focus reflected in the very name of his party, Together for Change. His credentials go beyond rhetoric.

As governor of Katanga, Katumbi pulled off one of the most remarkable economic rehabilitation programs in Africa in recent history.

Katumbi achieved this partly by halting the export of raw materials and investing heavily in local processing and refinement. It was a bold gambit in a country where a culture of corruption and theft has stunted industrial growth for decades.

Yet that move, coupled with Katumbi’s political appointments and vigilance, paid off massively. Under his leadership, the production of copper cathodes in Katanga rose from 18,000 tons in 2007 to over a million tons six years later, according to African Business.

Just under a third of the province’s collapsing roads have been rebuilt in that period and access to water rose from under 5% to 67% of the population. School attendance in Katanga, where about 5 million people live, rose from 400,000 children in 2007 to 1.2 million in 2013. The share of girls at schools tripled, from 15% to 45%.

“We not only have minerals in abundance, we have good rains, good soil. We should be as economically strong as South Africa,” he said.

Those who know Katumbi, an athletically built tennis and soccer player, speak of his laid-back demeanor, wry sense of humor and excellent people skills in at least three languages, including English and French.

Africa, and Congo specifically — where about 70% of the population live in extreme poverty on less than $2 a day — have seen many promising politicians who declared to improve the lives of their constituents but ended up doing the opposite.

“He has what he takes,” the rabbi said. “He has the warmth needed to be loved by his people and the vision necessary to lead them and command the respect of international partners. I think something very special is about to happen in Congo.”