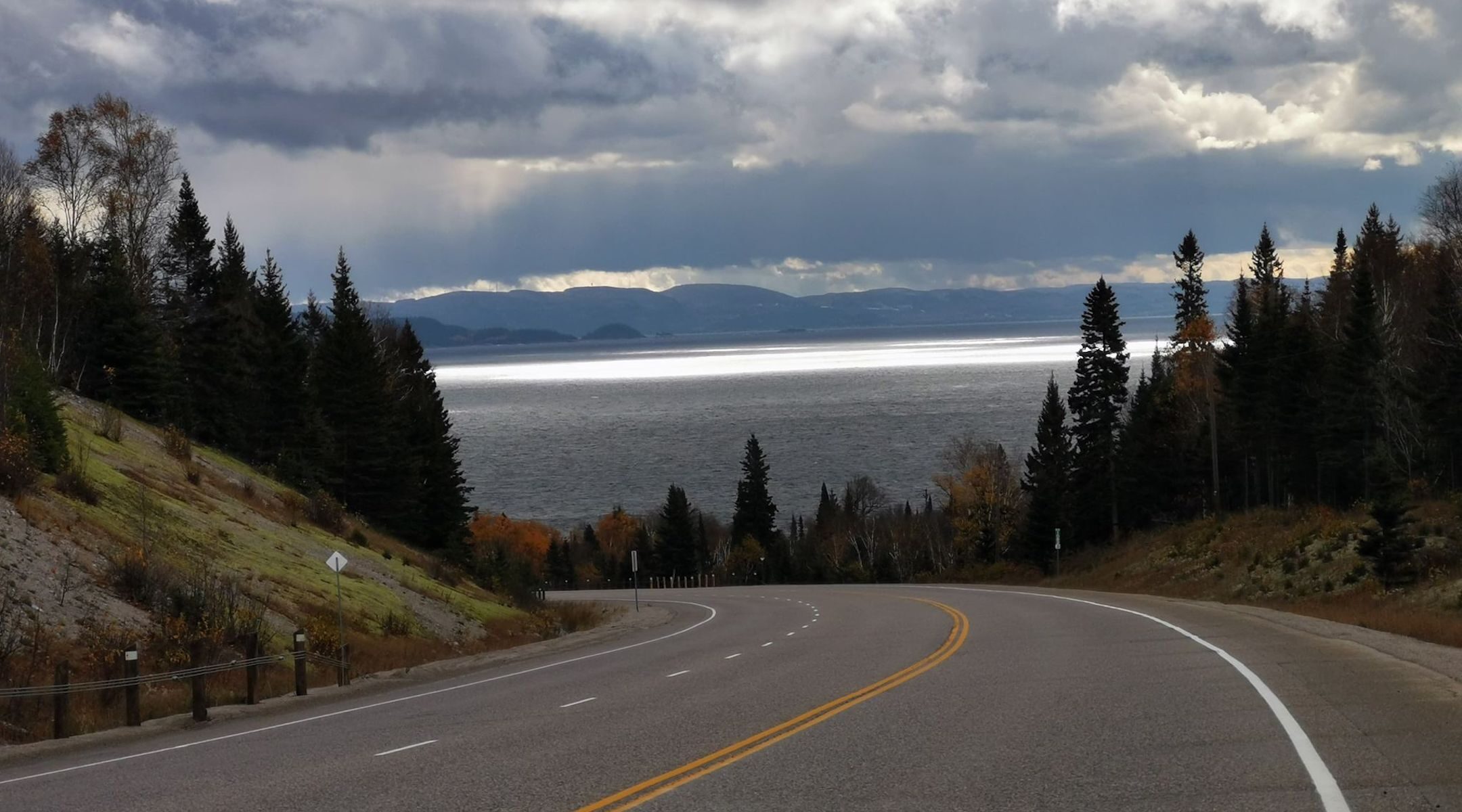 (JTA) — I was definitely lost, of that I was sure. I had turned off the main highway — if you could call a two-lane road a highway — and onto a dirt road, and after 10 minutes of driving, having seen nothing but lumber workers and a lone fox, there was no way that I was going to find what I was looking for.

But I continued driving down the dirt road until I came to a small white sign that read “Hebrew cemetery” and knew I must be close, after all. But I still couldn’t find it anywhere. So I stopped the car on the side of the road and approached a small barn, where I asked a lone farmer if he knew where the Jewish cemetery was.

“Right across the street,” he answered.

I looked around, seeing nothing but forest and fields.

“There,” he said, pointing directly across the street.

Perplexed, I crossed the road, through a small forest, and walked for hundreds of feet. I came to a small building, not much larger than a shed, with a modest sign that read “Northern Chevra Kadisha-Krugerdorf,” and a small clearing with about 60 graves, some of which dated back more than 110 years. The first grave and a number of others are the markers for the original Jewish inhabitants of the area, who died when their canoe overturned on the cold river rapids. They were buried almost two weeks later in an empty field donated by Simon Hanarousky, a Jewish farmer nearby. 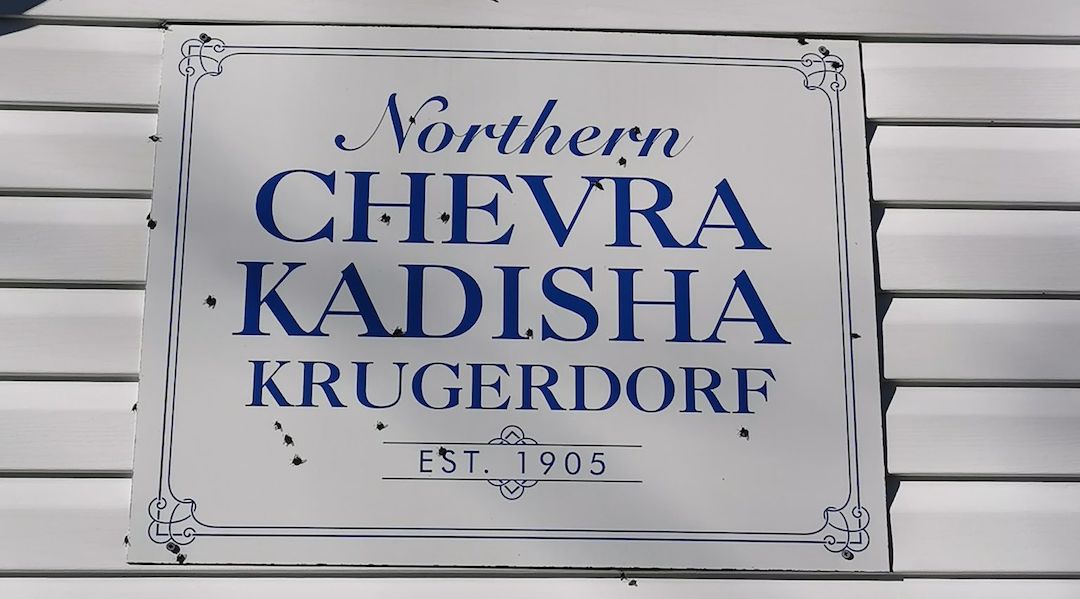 The last burial in this cemetery hasn’t been for a year. Before long it will likely see its final Jewish burial, as very few Jews remain in the area.

Here I was in the rugged barrenness of northern Ontario, six hours north of Toronto, saying Kaddish and reciting tehillim (psalms) knowing that but for a brief moment in time, there was Jewish life in this most isolated of locales.

Ontario is the most populous of the Canadian provinces, with nearly 15 million people, including about 220,000 Jews. Although the province is nearly as large as Texas and California combined, most of its population lives in the Greater Toronto area, Ottawa and other midsize cities like Hamilton and London.

I had been looking forward to a road trip of exploring northern Ontario for many weeks. Having grown up in Toronto, the vastness and mystery of the rest of the province was always intriguing.

So I headed out in mid-October from my home in Toronto hoping to see the changing leaves, some natural beauty and, if I had time, the Jewish cemetery in Krugerdorf. I had no idea it would become a Jewish history tour.

When the first Jewish immigrants came to Canada in significant numbers in the 19th century, larger cities like Toronto were largely inhospitable due to anti-Semitism and poor job prospects. So they headed directly north to towns like Timmins, Sault Ste. Marie, North Bay and others, seeing work in lumber, mining and the construction of the Trans-Canada Railway. This is where small Jewish communities were born.

Continuing past the cemetery in Krugerdorf, I did not expect to see more relics of Jewish life. My next stop was Timmins, a town of 45,000 people about two hours northwest. In the Timmins Museum, a small but well-kept testament to the town’s history, visitors can learn the history of the mining industry and see photos of the trappers and miners from the past century. But gems of a different kind are also on display: A small wooden menorah sits on a shelf, the only vestige of the B’nai Israel Congregation, which closed nearly 50 years ago due to its declining Jewish population. 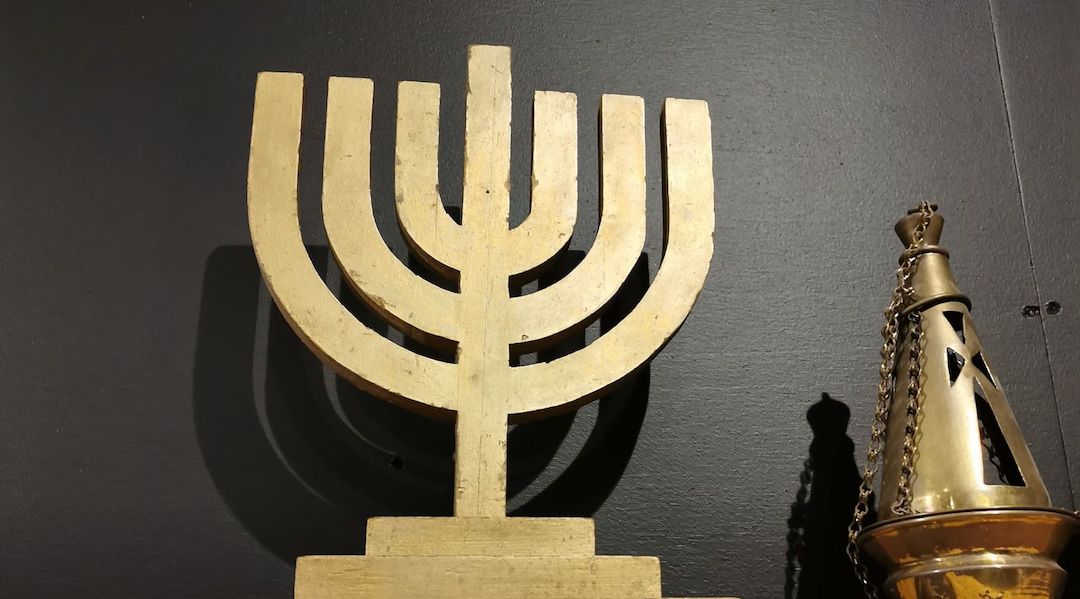 The only vestige of the B’nai Israel Congregation at the museum in Timmins, Canada. (Robert Walker)

I continued on to the town of Iroquois Falls, population 5,000, to see the Pioneer Museum, and was excited to learn more about the region’s heritage. Heading further north into town, just before reaching the museum, a small street sign caught my eye: Synagogue Avenue, the only existing relic of what once was a small but active Jewish community. 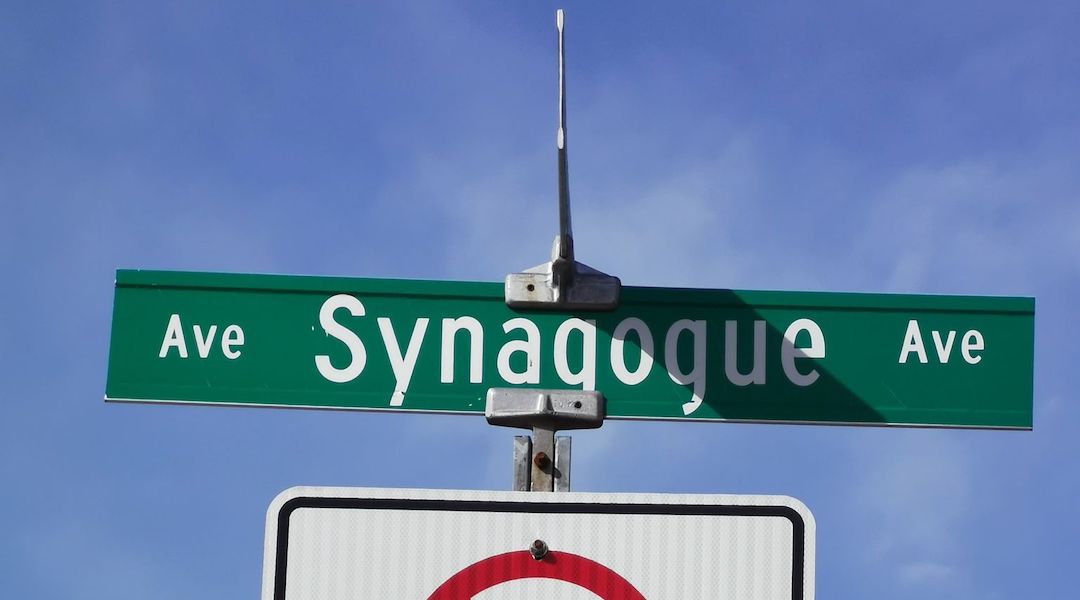 Ansonville, now a part of Iroquois Falls, was founded as a papermill town and attracted Jewish immigrants from Russia and Eastern Europe. They came to the area to claim free acreage, granted by the federal government, to anyone who would clear and manage the land. A small Jewish community was born there in 1913, and the local Jews worked on the nascent Trans-Canada Railway or owned small clothing stores in the area. Synagogue Avenue today is the only evidence of the community that existed until the early 1940s, when the draft sent young men overseas to fight. Those who returned soon moved south to settle in Toronto.

Seven hours west of Iroquois Falls is Sault Ste. Marie, located near the shores of Lake Superior, the world’s largest freshwater lake, and across the border from the smaller town of Sault Ste. Marie, Michigan. With 75,000 residents, Sault Ste Marie — or “the Soo” as it’s locally known — once was primarily a gritty steel town, but has reinvented itself in recent years as a hub of technology and alternative energy.

It was in Sault Ste. Marie that I met Jeff Arbus, the lay leader of the local Jewish community of nearly 100 people. He took me on a tour of Congregation Beth Jacob, a modest 75-year-old building downtown that acts as the synagogue and central hub for the local Jewish community. Before COVID-19, Beth Jacob held regular services, programs, celebrations and other gatherings, all without any paid staff member. There is no official membership roster; anyone in town who wants to be involved can be, at no cost. 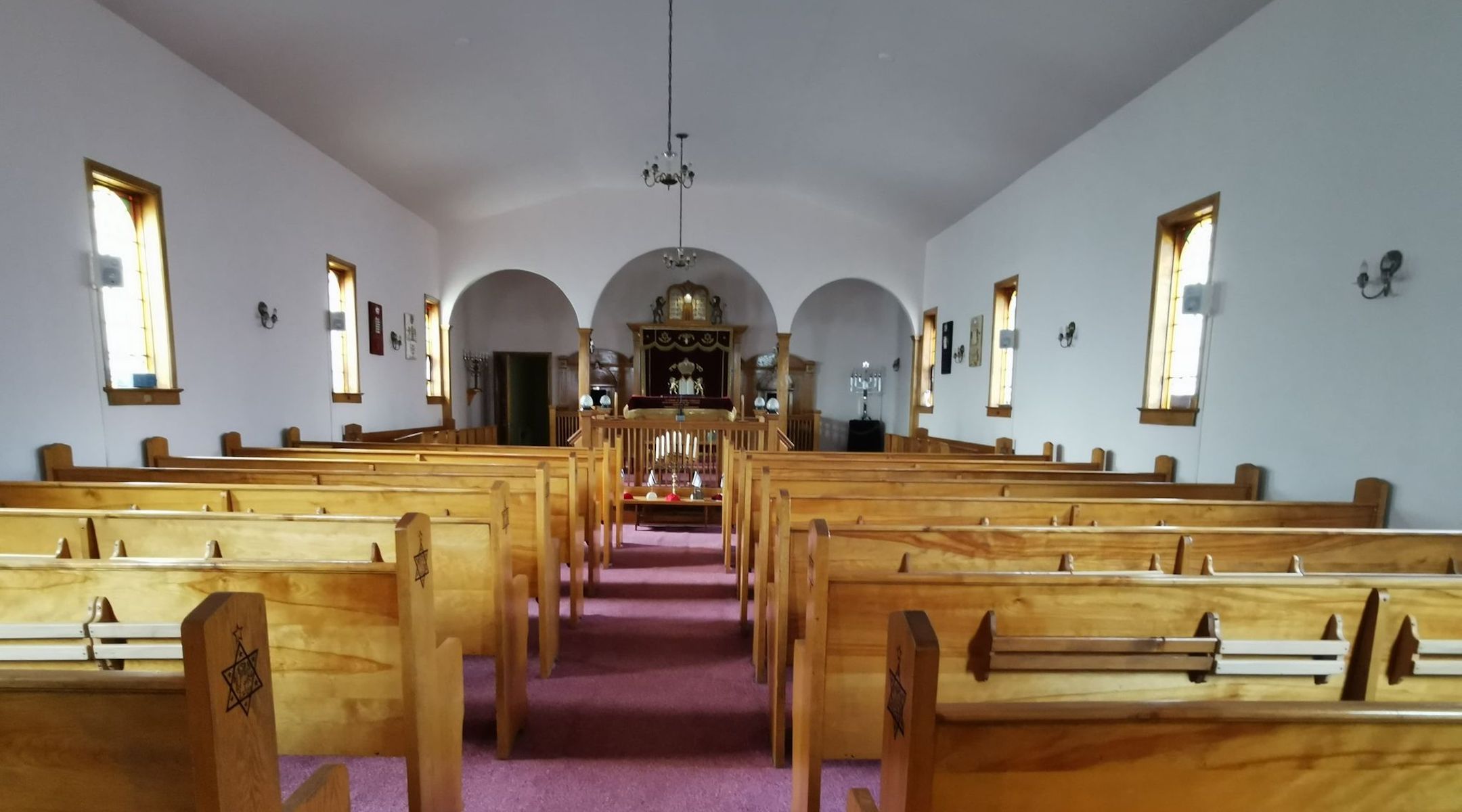 But the pandemic has changed life for Jews in the Soo, as it has everywhere else. Services are now held online, and the synagogue president, who lives across the river in the Michigan namesake, cannot come into Canada without quarantining for two weeks.

Walking through downtown, there are signs of the Jewish presence that once was, like time capsules out in the open. Jewish-owned businesses, some still bearing their original names, dot Queen Street, including Himmel’s Ready to Wear, a clothing store whose name is still clearly visible from the road.

Most Jews initially came to Sault Ste. Marie as immigrants from Eastern Europe, primarily to work in the burgeoning natural resources industry, including mining and steel. But as the town’s population and economy begun to sputter in the 1980s, the next generation of young Jews moved to Toronto and its environs, and Jewish immigrants did the same. From a peak of 250 Jews in Sault Ste. Marie, fewer than half that number now live there.

About two hours east of Sault Ste. Marie, halfway to the larger city of Sudbury, is the village of Massey, home to about 1,000 people. A two-minute drive north of the village is Chutes Provincial Park, and nearby is a minuscule Jewish cemetery. With only eight graves, the Massey Hebrew Cemetery is one of the smallest of its kind in the world, and reading the epitaphs is a sobering experience. The oldest grave is more than 100 years old, and a number of them date back to around 1918, when the Spanish flu ravaged the world, killing tens of millions. Most of the dead in the Massey Hebrew Cemetery are children or infants likely killed by that pandemic. 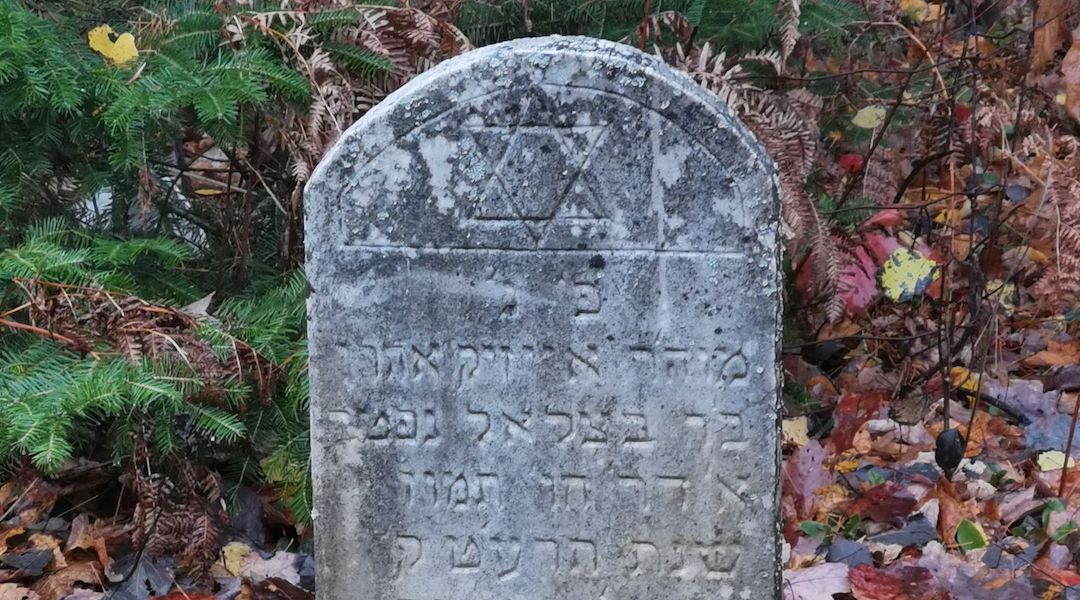 One of the few graves in the Massey Hebrew Cemetery. (Robert Walker)

Jewish life continues to exist in other northern Ontario towns, with active synagogues in Sudbury, North Bay and Thunder Bay. Perhaps a thousand Jews live in the vast region, representing a tiny speck among a population of nearly 900,000.

But the cemeteries and shuttered synagogues and storefronts are only half the story. The young Jews who grew up in these towns didn’t disappear, though they overwhelmingly moved to larger Jewish communities throughout Canada. When I shared photos of my journey on social media, I was inundated with friends telling me that they, their parents or their grandparents had been born in northern Ontario before moving to Toronto.

Ontario, and indeed Canada, is home to one of the only growing Jewish populations in the Diaspora, fueled both by immigration and a relatively high rate of Jewish engagement. Jewish schools continue to expand throughout the province, and suburbs such as Thornhill have expanded from modest Jewish outposts to areas with tens of thousands of Jewish residents.

And while northern Ontario never had a Jewish population of more than 2,500 at its peak, for many years it seemed stable and secure, often growing. But economic and demographic dynamics changed, and although the Jewish population there never recovered, the lesson for all Jewish communities is clear: While growth may not last forever, the Jewish future may be just a few hours down the road.