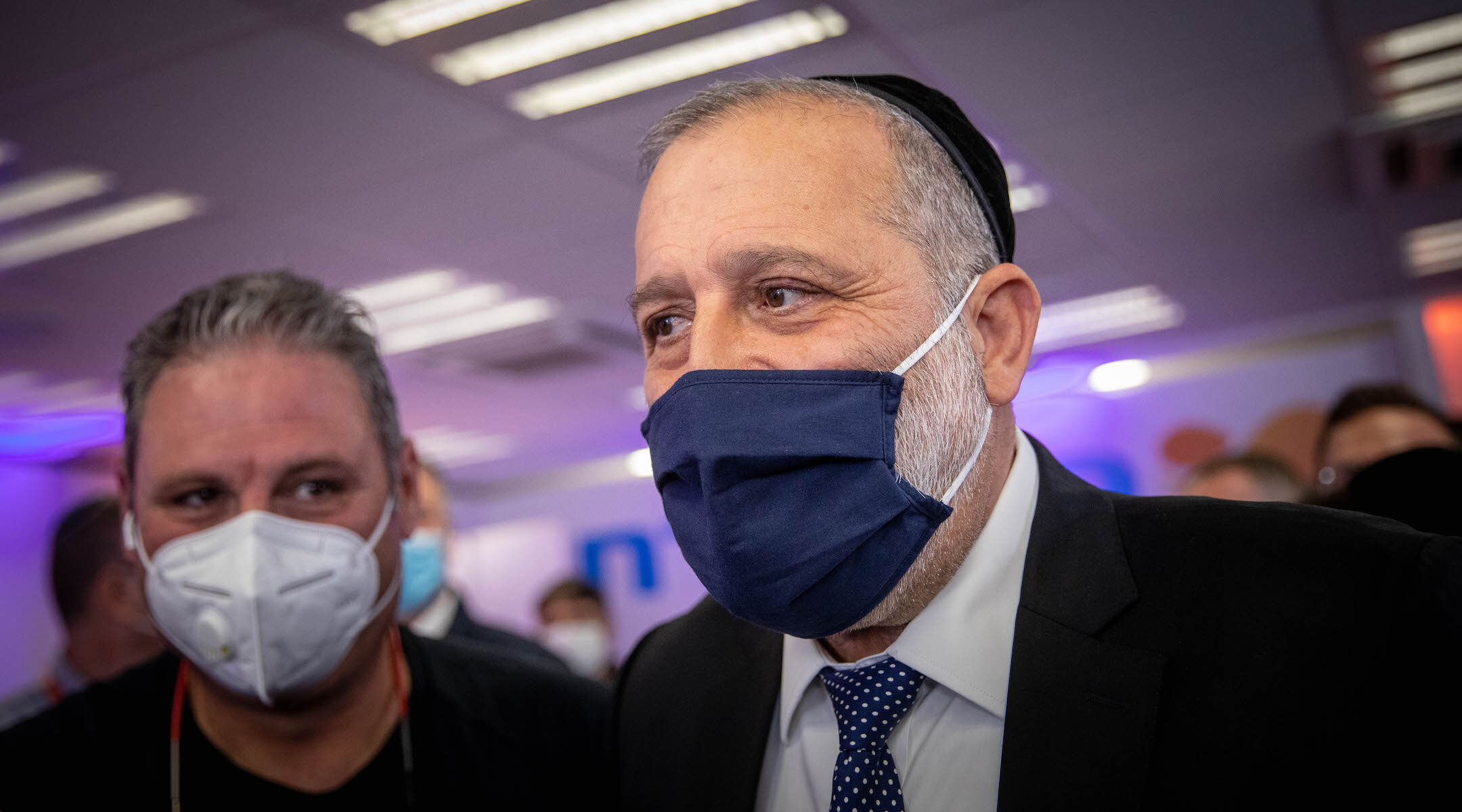 A chief haredi Orthodox ally of Benjamin Netanyahu called the decision “misguided [and] very troubling.” One of the prime minister’s top deputies went further, predicting that the ruling would “bring disaster upon us.” The country’s haredi, or ultra-Orthodox, chief rabbis also condemned it.

In fact, the ruling is pretty small in scope: It says that non-Jews who already live in Israel, then convert under non-Orthodox auspices, are eligible for Israeli citizenship.

In other words, the ruling applies only to a vanishingly small demographic: those who live in Israel, are not citizens, are not Jewish, then decide to become Jewish through Reform or Conservative conversion. Official figures are hard to come by, but that’s not many people at all.

So why is the ruling causing such consternation among haredi Israelis and their allies? Why do Orthodox leaders want to limit who the state recognizes as Jewish?

Here are answers to those questions and more about the latest religious conflict to roil Israel.

Why are Israeli politicians fighting over Jewish conversion?

For decades, Israel has sought to answer a difficult question: Who is a Jew? It’s a question that has divided Jewish communities for centuries, and for the Jewish state it has become critical for a few reasons.

Israel offers automatic citizenship to any Jew around the world, which of course requires the state to determine who is and isn’t a Jew. Israel has traditionally given citizenship to any applicant with one Jewish grandparent — the same definition Adolf Hitler used in the Holocaust.

That doesn’t address Jewish converts, who often have no Jewish ancestry but choose to become Jewish.

Israel’s government has generally defaulted to Orthodox Jewish requirements regarding religion because of a policy set by Israel’s first prime minister, David Ben-Gurion, who intended to preserve what he thought was a shrinking haredi minority after the Holocaust. In its earliest years, Israel granted citizenship to Orthodox converts only.

In recent decades, however, American Jewish leaders, who represent communities that are mostly not Orthodox, have obtained Israeli recognition for Conservative and Reform converts as well. Since the 1980s, thanks to earlier Supreme Court decisions, Israel has granted citizenship to most Conservative and Reform converts from outside the country, though they still have to jump over a series of bureaucratic hurdles to prove their Judaism. 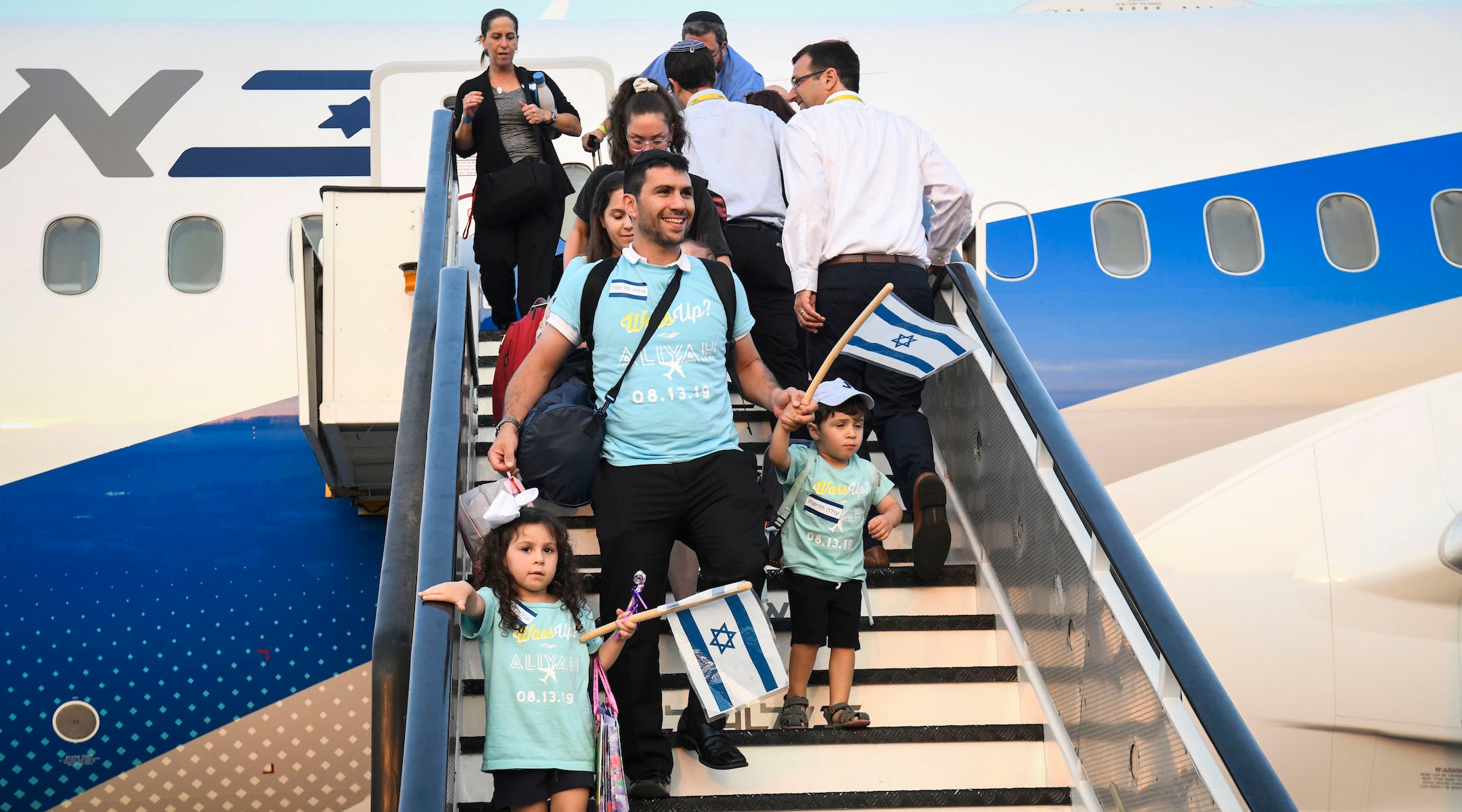 New immigrants from North America arrive in Israel on a flight arranged by the Nefesh B’Nefesh organization at Ben Gurion Airport, Aug. 14, 2019. (Flash90)

If Israel encourages Jewish immigration, why would any of its leaders want to stop any Jews from becoming citizens?

But while haredi Orthodox leaders may care about how many Jews are in Israel, they care more about what kind of Jews are in the country and who gets to control Jewish ritual. In other words, if masses of non-Orthodox Jews were to become Israeli citizens,, haredi Israelis would see it as a threat to their way of life, not a benefit to Israel as a whole.

So if a woman converted with a Reform rabbi, married in a Reform ceremony and had kids, for example, most haredi Israelis wouldn’t consider those kids Jewish. Were something like that to happen time and again, ultra-Orthodox Israelis worry that it would eventually become impossible to know who is and is not a Jew, according to Orthodox standards, in Israel.

Do haredi politicians also fight the influence of Reform and Conservative Judaism within Israel?

And a government-funded Orthodox body called the Chief Rabbinate administers marriage licenses, divorce, kosher certification and other aspects of religious life. In practice, that means that interfaith, non-Orthodox and same-sex marriages performed in Israel aren’t recognized by the government, and that independent kosher certifiers face opposition to their work.

Maintaining that system — Israel’s religious status quo — is the top priority of Israel’s haredi political parties and their voters. This is partly because the system benefits Orthodox Israelis directly, giving funding to their schools and affording primacy to their observances in the public square.

How have Reform Jews and their allies reacted to haredi attacks? And what might happen next?

Haredi denigration, of course, is tremendously insulting to non-Orthodox Jews and their rabbis, who feel that their form of Jewish belief and practice is no less legitimate than any other. Yair Lapid, who heads the centrist Yesh Atid party, called a recent haredi political ad comparing Reform Jews to dogs anti-Semitic and “disgusting.”

Successive polls have shown that most Israelis support a liberalization of Israeli religious law, including allowing civil marriage and running public transit on Shabbat. Haredim make up only a small part of Israel.

But because haredi parties have almost always been part of Israeli governing coalitions, they have succeeded in stymieing most attempts to reform the religious status quo, even though their voters are only a fraction of the electorate. In 2014 and 2015, for example, Israel’s governing coalition passed a raft of secularizing legislation. But the next coalition included haredi parties and they promptly reversed all of the previous government’s decisions on religion.

Haredi Israelis understand that they’re in the minority, and that a growing number of secular Jews have become fed up with the Orthodox monopoly on religious issues. Advocates for religious freedom know it, too.

That reality raises the stakes of every battle over religion and state — even court decisions like Monday’s that affect only a handful of religious converts already in the country.

Secular activists hope that such decisions will snowball into bigger victories against the haredi establishment. And haredi Israelis worry that if they give in on the small battles, they could lose the larger war.