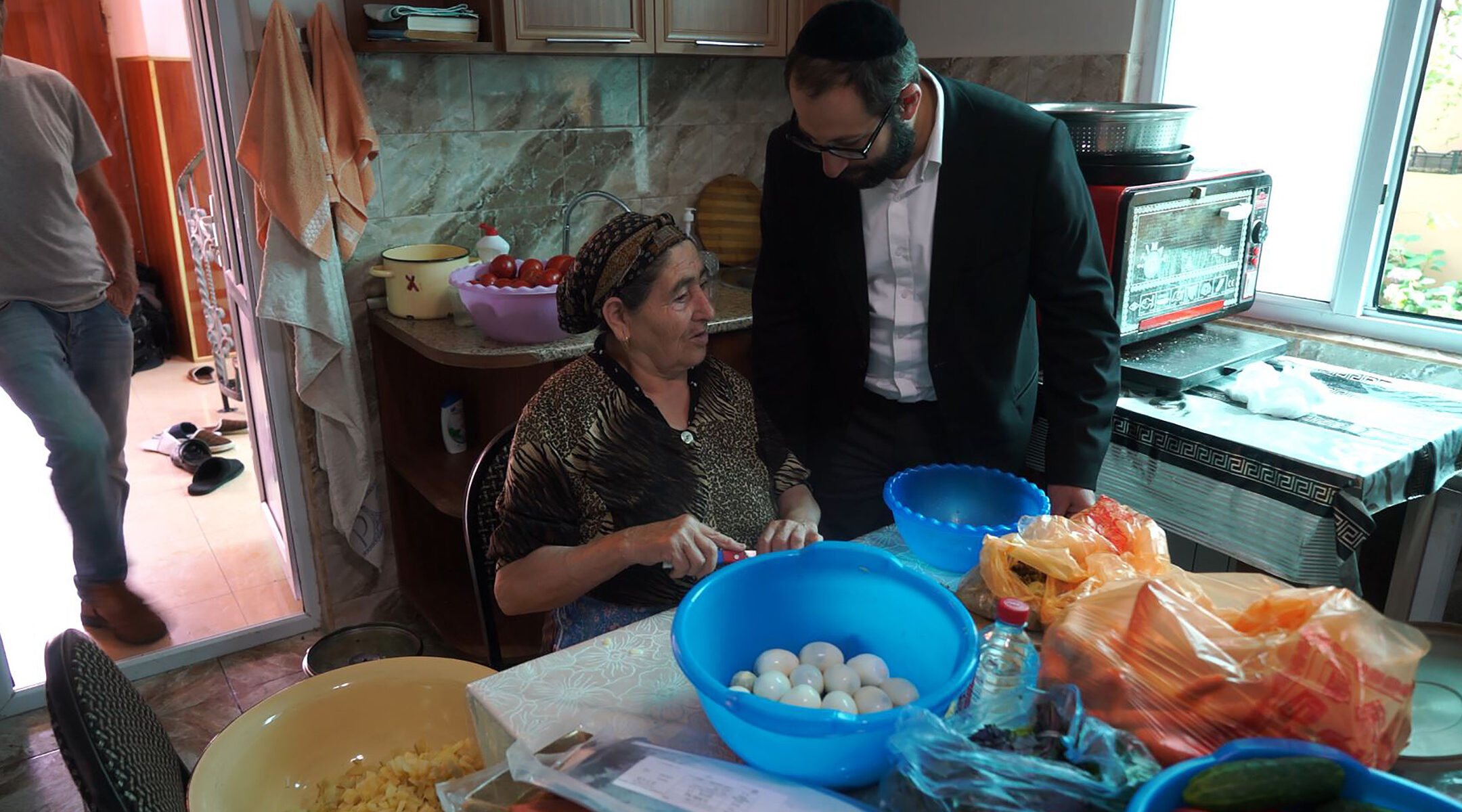 (JTA) — Ahead of his first Passover in Azerbaijan, Rabbi Shneor Segal stocked up on kosher food for the holiday, when Jews are prohibited from eating foods made from leavened grains.

Segal, an Israel-born emissary of the Chabad-Lubavitch movement who immigrated to Azerbaijan in 2010 to run the largest synagogue in the capital Baku, ensured that his congregation had all the kosher-certified basics, like sugar, pickles and cheese.

It was a beginner’s mistake.

As Segal soon discovered Mountain Jews, an ancient community that comprises the bulk of Azerbaijan’s Jewish population of about 8,000, abstain from those products as well on Passover.

The rich and unique traditions of the Mountain Jews are on particular display during Passover, a holiday that for historic reasons has become the most important one for Jews across the former Soviet Union.

“I remember one lady in particular who looked at me appalled after she saw I keep sugar on Passover,” Segal recalled. “I assured her it was up to the strictest standards of kashrut. She looked at me, asked ‘And you call yourself a rabbi?!’ and walked away. I cherish the memory of this woman, so secure in her knowledge of Judaism that some guy with a beard from Israel wasn’t going to confuse her.”

The Passover bans on pickles, sugar and cheese date back to when Mountain Jews had no access to rabbinical-supervised factories that made those products, according to Yaniv Naftalayev, the leader of the Caucasian Jewish community in Israel. The Caucasus range, straddling Russia, Georgia and Azerbaijan, gives Mountain Jews their name.

Now Naftalayev and an organization of Mountain Jews called STMEGI are busy cataloging and teaching those and other traditions through the Museum of the History and Culture of Mountain Jews, which opened last year in Krasnaiya Sloboda, Azerbaijan.

Passover is called “Nisonu” in Juhuri, the ancient and dying Farsi-based Jewish language of Mountain Jews, after the Jewish month of Nisan when Passover occurs. During Passover, Mountain Jews avoid cemeteries. Anniversaries of a loved one’s death that fall during Nisan are marked before or after the month of the holiday. 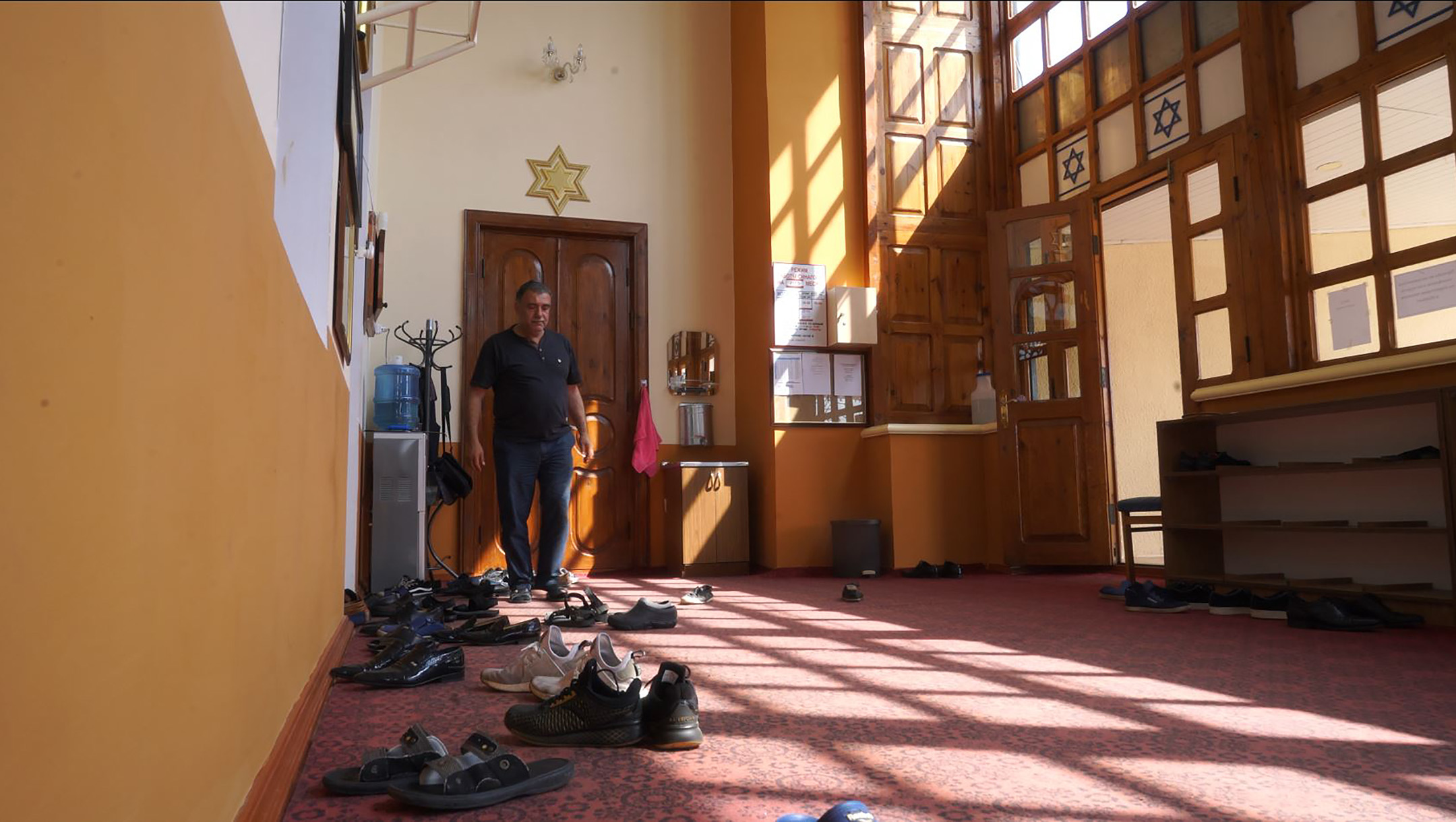 Mountain Jews’ Seders feature special dishes, too, including one called kisani burochoi that’s made from thorns. It’s based on a rabbinic legend that Egyptian children used to throw thorns into the tubs of clay that Hebrew slaves would pound with their bare feet.

Another Seder dish is the eshkena, a stew combining other traditional dishes from the ritual meal, including eggs, meat and celery. It is eaten with matzah.

Yet one traditional dish, zeroa, a lamb shank or chicken wing meant to represent a sacrifice in the ancient Temple, is absent from Mountain Jews’ Seders. It is made and consumed the following day by a family’s eldest born – a tribute to how the Israelites were spared the plague of the firstborn in Egypt, according to the Passover story.

Other unique Passover customs – there are many — include lighting fires on the first day of Nisan and celebrating the end of the weeklong holiday with an event called Govgil – “the back of the holiday” in Juhuri — when families hold picnics.

Why Mountain Jews developed such a rich tradition around Passover “simply has to do with how old the Mountain Jews community is,” said David Mordechayev, an executive of the Moscow-based STMEGI, who helped open the museum in Krasnaiya Sloboda.

The museum features a full catalog of the Passover customs of Mountain Jews compiled by Naftalayev in 2018. Recipes for eshkena and other traditional dishes are found in Yehudei Kavkaz, a Hebrew-language monthly that STMEGI launched on Passover that year.

Many of the customs survived because “in the times of the Soviet Union, religious persecution was less severe in Central Asia than in the European part,” Mordechayev said. Azerbaijani and Uzbek Jews lost many sons as soldiers in the Red Army during World War II, earning them further leniency.

Elsewhere in the former Soviet Union, Jews used Passover — a largely home-based holiday — as a relatively safe connection to their faith.

Matzah “provided an easy link to Judaism. It was just a piece of bread,” Mendy Axelrod, an Israeli Chabad rabbi based in Moldova, told the Jewish Telegraph Agency. “It didn’t involve the risk of going to synagogue or actually holding a religious ceremony.”

Celebrating was not without its risks, however.

“Because of communism, there is a huge attachment to matzah here,” Axelrod said. “It seems like everyone who was alive under communism has a story about getting matzah — standing in line at a secret bakery, getting a package from friends.”

Ira Zborovskaya, director of special projects at the American Jewish Joint Distribution Committee, recalls having Seder dinners with her family in Odessa, Ukraine, during communism.

“We just had the foods, matzah and no hametz on the table, but we didn’t even read the Haggadah or do any religious ceremony,” she said.

That experience was part of what made her reconnect to Judaism, which was not practiced or discussed much in her nuclear family, Zborovskaya added. 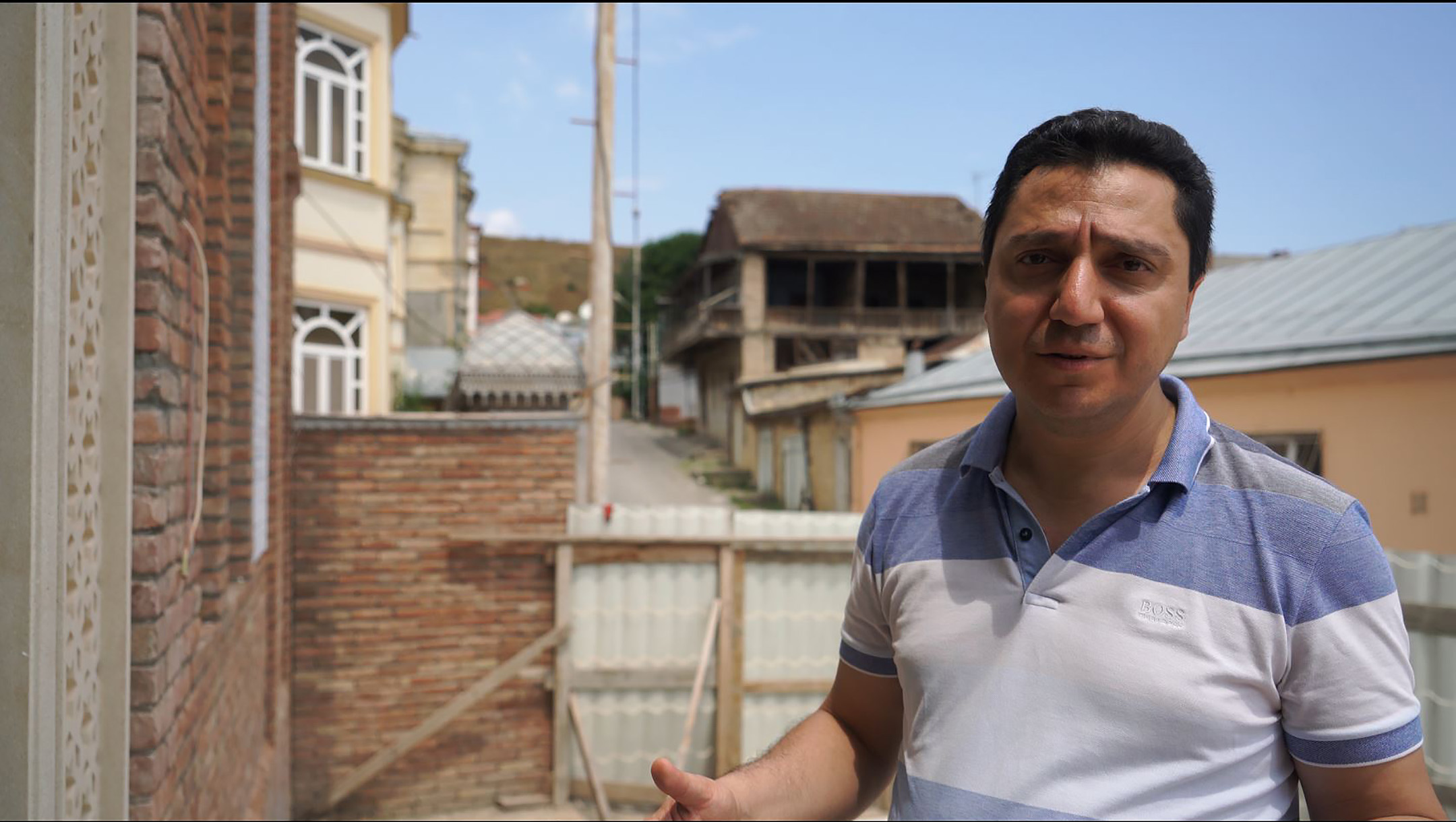 Above all, Mountain Jews managed to preserve their Passover traditions because they escaped the Holocaust, which elsewhere destroyed centuries-old Jewish communities and traditions. The Nazis failed to penetrate Central Asia.

“If you stick around for 1,000 years – and Mountain Jews have been around for at least that long – you’re going to develop some specific traditions,” said Mordechayev, a father of two whose paternal grandmother, Yafa, used to live in Krasnaiya Sloboda.

As a boy, Mordechayev would often spend the holiday at his late grandmother’s house, where “Passover cleaning began with washing the carpets.”

“Mountain Jews back then ate on the carpet, there was no dinner table,” he said. “So it wasn’t theoretical: There were definitely bread crumbs there.”

Now the Jewish community of Krasnaiya Sloboda is in decline, like other communities of Mountain Jews, and has just a few hundred residents. Their members have left for Israel, the United States, Russia and Europe. Unique traditions are fading as more and more of them marry Jews from different communities.

Some local Passover traditions, like the Govgil picnics, may not survive outside the region, Mordechayev said.

His own family in Moscow does not make a point of attending synagogue with many other Mountain Jews, he said.

“It doesn’t work like that. We just go to the nearest synagogue with Ashkenazim, Sephardim, same as most Jews in the world,” he said.

“We Mountain Jews have an especially long memory for what’s on the table come Seder night,” he said.