One year into gigging exclusively online, a Jewish musician says her new ‘hybrid’ lifestyle is here to stay 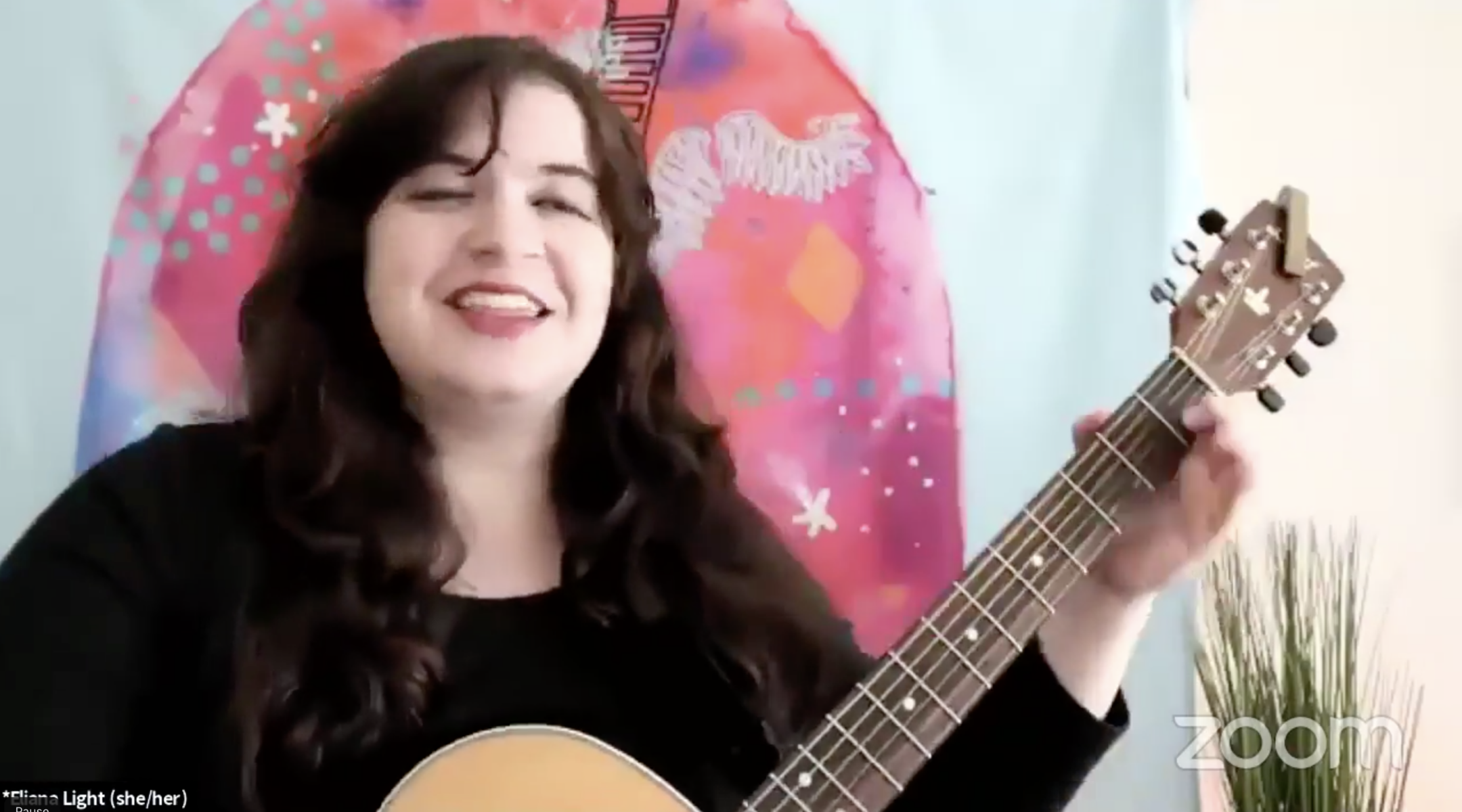 (JTA) — Last March, freelance Jewish educator and musician Eliana Light felt somewhat prepared for the sudden shutdown of events, services and concerts. While everyone else figured out how to pivot onto Zoom, she was ready to go — she’d run programs on the video service before.

That past experience set her up for early success: The day after the first cancelation of some of her gigs, Light tried hosting a morning prayer service online that drew over 1,000 views from people all over the world. Several insisted on donating to her.

Still, like so many others, Light initially thought things would get back to normal after a few weeks.

Instead, online programming has sustained her throughout the entire year, from the very first time she broadcast from in front of the trademark floor-to-ceiling bookshelves in the Durham, North Carolina, Moishe House where she had moved just months before the pandemic began.

In addition to special events and local “appearances,” Light hosts an online Jewish kids’ TV show on Wednesdays, and on Sunday mornings, she teams up with rabbis and Jewish educators from across the country to lead what they call the “Worldwide Synagogue Sing.” (Light has done some online events with Kveller, the parenting site that like the Jewish Telegraphic Agency is part of 70 Faces Media.)

On Thursdays, she runs a weekly evening prayer service with a friend in Seattle. That service, which Light said has been attended by a “core community,” has been a highlight at a time of rupture, she said.

“We’ve been able to collaborate and work with each other way more than we would have in a regular world, given that we live across the country from each other,” Light said. “Sometimes we do a service. And sometimes we do a singing circle. Sometimes we just check in with each other. And it’s been a really beautiful thing. I’ve found that the liturgy, especially of the evening service, has been very helpful during the pandemic, about consistency and comfort, and kind of holding on to the things that we know, at a time where there is so much that we don’t know.”

As someone who draws a lot of energy from in-person events, Light has surprised herself by how much she has enjoyed the online programs. She foresees a future that combines the two for herself — and for the audiences that she has learned to reach in new ways during this surprising pandemic year.

“I can imagine a world where, if I’m vaccinated, hopefully where I can travel to a community and we can do programs together but then broadcast to the folks who don’t want to be there, or can’t come,” she said. “Some sort of hybrid options are going to be there.”