He convened an early effort to shut down Jewish life. Now this Orthodox rabbi is back at synagogue and school. 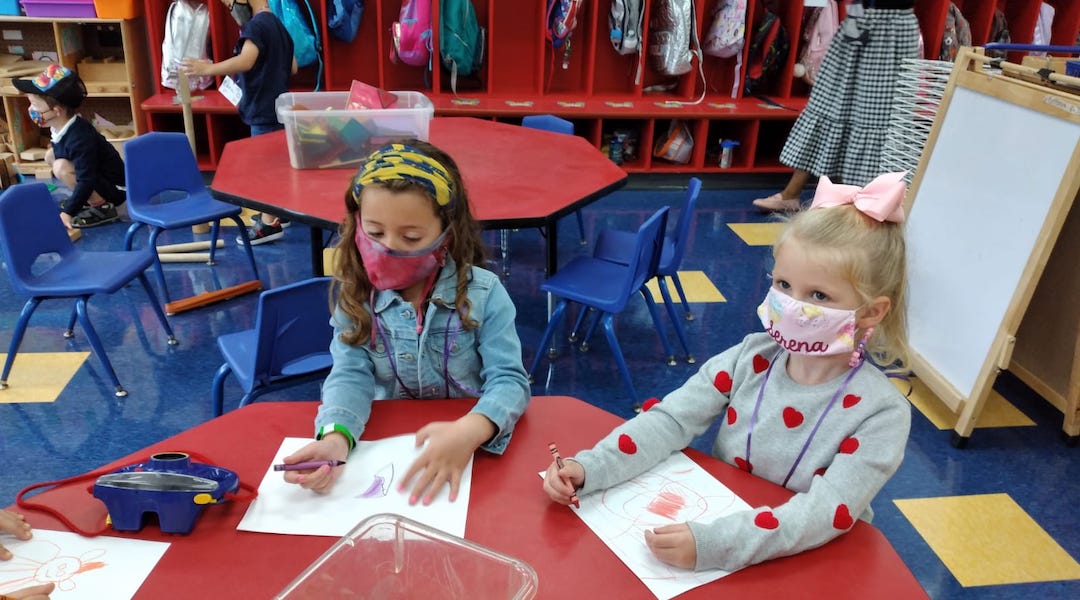 Kindergartners at the Moriah School in Englewood, New Jersey, one of seven Bergen County schools to urge families to abide by school guidelines outside of school in September 2020. (Courtesy of the Moriah School)
Advertisement

(JTA) — When Rabbi Kenny Schiowitz took over as president of the Rabbinical Council of Bergen County in December 2018, he didn’t expect the role to involve much beyond overseeing the kosher supervision of the local restaurants and the routine meetings the group held.

But on March 11, 2020 — when the county had only a handful of confirmed COVID-19 cases — Schiowitz called a meeting of the rabbinical council to discuss the coronavirus and the threat it might pose to the large Modern Orthodox community in Bergen County.

After hearing from local doctors, public health officials, and hospital officials, the group decided to shut down the community’s institutions and effectively abolish public Jewish gatherings.

The move, unprecedented at the time, was an unusual flexing of muscle for an organization that rarely issued public statements. The decision may have saved lives by preventing gatherings at a time when the virus was clearly circulating but authorities had not yet told people what to do to avoid it.

“Until we shut down, we were looking to guidance from the [national Centers for Disease Control], the [local] department of health,” Schiowitz said. “And then suddenly in one day we became the ones writing the rules.”

The group continued to issue its letters over the coming months with greater frequency in the first few weeks and months and with more time passing between letters later on. In June, the group allowed outdoor minyans to resume but offered strict guidelines on how to do so safely.

By the fall, tension was emerging in Orthodox Jewish communities about how to balance the ongoing safety risks associated with the pandemic against the need that many felt urgently to resume communal religious practices. In some places, that tension manifested in open resistance by some against pandemic restrictions.

In Bergen County, the council would mostly recede, issuing letters sparingly and generally encouraging community members to adhere to cautious behaviors rather than setting policies.

By then the local Orthodox day schools had reopened but were depending on the community’s compliance with safety measures to remain so. The local Orthodox schools, working in coordination with one another, took over the joint messaging and policy-setting role: families were discouraged from sharing Shabbat meals and traveling over vacations.

Schiowitz, a teacher himself, felt the passing of the baton to schools was right.

“There was definitely a very strong voice among the rabbis in the community that we want to support the schools,” Schiowitz said.

Schiowitz, too, returned to his teaching post at Ramaz High School in Manhattan in the fall and ended his term as RCBC president in December. In January, he and his wife, Shira, who teaches at SAR High School in the Bronx, received their first doses of the coronavirus vaccine.

Now fully vaccinated, Schiowitz said he feels much calmer as he teaches students in person.

He’s not always sure he got everything right when they first started making rules for the community last March. But if nothing else, he’s proud that the community was able to keep the schools open this year.

“Schools being open versus closed? That question may be more important than all the other questions,” Schiowitz said.