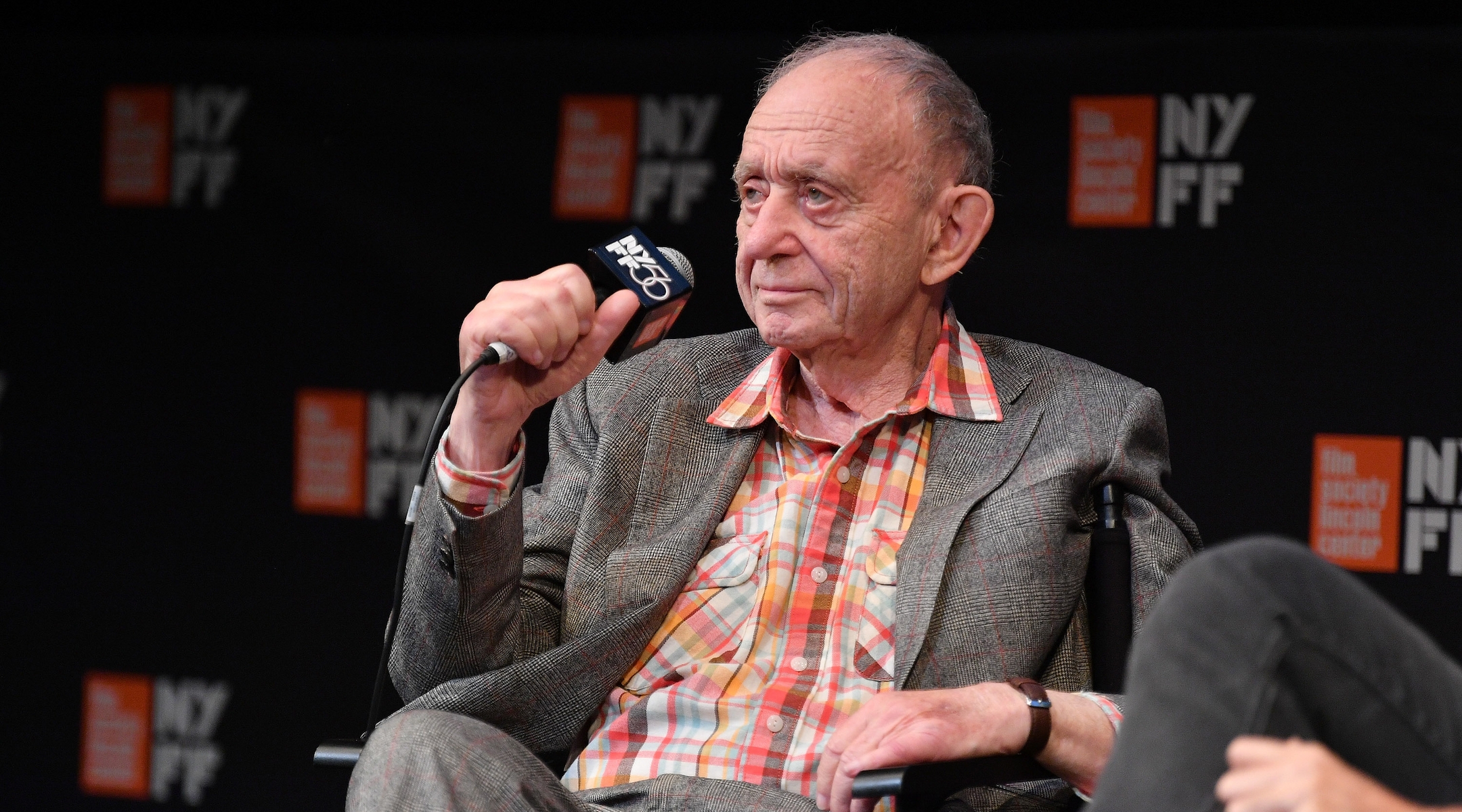 (JTA) — Frederick Wiseman got on the phone from his apartment in Paris. The 91-year-old filmmaker’s voice was hoarse, and he had to excuse himself a few times to speak to a doctor on the other line. Back in Boston, his wife, Zipporah, was dying.

A longtime public interest lawyer, an accomplished law professor at the University of Texas and the namesake of her husband’s production company, Zipporah Batshaw Wiseman was married to Fred for 65 years. They met as law students at Yale, before Fred Wiseman made his career shift into documentary filmmaking — a shift that would define the next half-century of his life and change the landscape of nonfiction storytelling.

But in this moment, Wiseman didn’t want to talk about Zipporah. He wanted a distraction. So we talked about his films and about Judaism.

In the film world, Wiseman has made his name with keenly observed ethnographies of various institutions of American life large and small, from the New York Public Library to a small boxing gym in Austin, Texas. The director’s 45th and latest feature, 2020’s “City Hall,” follows the efforts of Boston’s local government to keep their city running smoothly.

“City Hall” earned rave reviews, including being named the best film of 2020 by the influential French film magazine Cahiers du Cinema, for its matter-of-fact portrayal of local officials trying to do their jobs. The film’s star, Boston Mayor Marty Walsh, is now President Joe Biden’s secretary of labor.

“I thought it was a terrific choice,” Wiseman said of Walsh’s nomination. “The mayor was a very able man and he comes out of the labor movement … And it’s nice to have someone as secretary of labor who understands the issues.”

But when Wiseman was younger, institutions didn’t open their doors to him. They were shutting him out for being another Jewish kid.

In 1930, his father, a Boston judge born in Russia, had his appointment to municipal court rejected when his superiors discovered he was Jewish.

“My father was very wounded by that because he wanted to be a judge,” Wiseman said. “He had all the qualifications.”

Wiseman enrolled at Williams College in his home state of Massachusetts, only to find himself experiencing similar treatment to that of his father. He quickly learned that the school was known as a hotbed of anti-Semitism.

“All the social lives were organized around the fraternity system, and Jews weren’t accepted at fraternities unless they hid the fact that they were Jewish,” Wiseman said. “When it was discovered that I was Jewish, no fraternity was interested in me.”

Feeling like a “second-class citizen” at Williams, Wiseman sought his revenge through the school paper.

“I worked to undermine the fraternity system,” he recalled, penning editorials calling out the school’s Greek life for its “institutionalized anti-Semitism.”

Years later, at 35, Wiseman would begin his filmmaking career with an even more explosive move: “Titticut Follies,” a 1967 documentary about a Massachusetts state hospital for the criminally insane. The film proved so controversial it was legally barred from public showings for more than two decades.

Today, Wiseman is one of the better-known Williams College alumni. But the sting of his early treatment at the hands of its fraternities still lingers.

“I’ve often been solicited to give money, and I wouldn’t give them a dime,” he said. “It’s been 74 years since I was a freshman at Williams, and as I listen to myself talk about it, the anger is still there.” 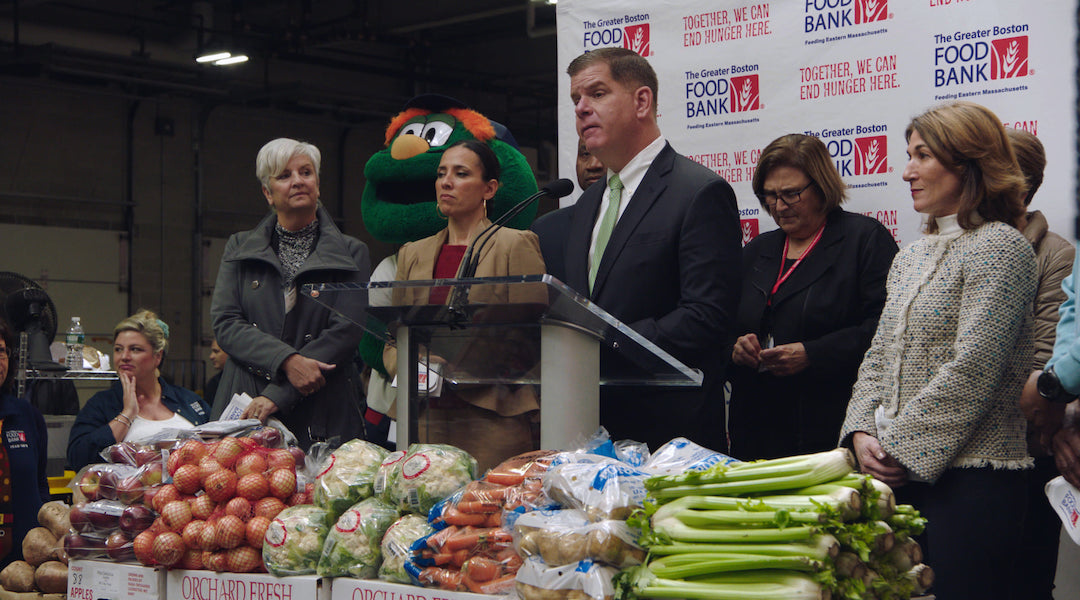 Wiseman shoots his films with a small, stripped-down crew, and they share a patient, tranquil sensibility: leisurely paced, often clocking in at three hours or longer, they can take several minutes of screen time to show a committee meeting or a group of working professionals completing a simple task.

As it turns out, this kind of movie experience is ideal pandemic viewing. Editing rhythms that may have seemed glacially slow in a theater are now comforting reminders of what normal human interaction used to look like.

A bonus: Since most of Wiseman’s films (including recent efforts “At Berkeley,” about the University of California, Berkeley; “Monrovia, Indiana,” about a small town in the Midwest; and “Ex Libris: The New York Public Library,” about the city’s library system) explore entire communities of people and the behind-the-scenes workers who keep everything running smoothly, the movies also function as guidelines to how to maintain a properly functioning society in chaotic times.

Wiseman describes himself as “culturally Jewish,” and hasn’t often discussed his heritage. But two entries in his massive filmography deal directly with Jewish issues.

The first, 1978’s “Sinai Field Mission,” found the filmmaker following U.S. military personnel and civilian contractors in the Sinai Peninsula as they navigated relationships between the Israeli and Egyptian militaries in the namesake 1976 operation following the Yom Kippur War. Wiseman fondly recalled driving around the desert during breaks in filming.

But there was never any serious military threat while Wiseman was there.

His second Jewish-themed work, 2002’s “The Last Letter,” is also his most unusual film. Instead of a “fly on the wall” documentary, the film is an adaptation of a stage monologue that Wiseman based on a chapter of the 1959 novel “Life and Fate,” by the Ukrainian Jewish author Vasily Grossman, concerning a Jewish doctor in a Nazi-era Ukrainian ghetto awaiting transport to the concentration camps.

Wiseman’s original stage show, which premiered in Paris at the Comédie-Française in 2000, starred the French actress Catherine Samie as the narrator voicing a letter she is writing to her son. The film, which reunited Wiseman with Samie, is shot entirely on a stage. “The Last Letter” is one of several excursions into the theater that Wiseman has taken over the years, but the only one he’s adapted for the screen.

Wiseman said he has long been interested in literature about the Holocaust, dating back to his military service in Columbus, Georgia, in 1956-57, when he discovered the local library had a large selection of books and memoirs on the genocide.

“I thought the text was extraordinary,” he said of his decision to break with his usual filmmaking format for “The Last Letter.” But moving away from documentaries also meant Wiseman quickly “got bored” with the process of “shooting the same thing six to 10 times.”

That doesn’t happen in a documentary. Everything you shoot is a surprise,” he said.

Wiseman is in the early stages of planning what he calls “another monologue movie,” similar to “The Last Letter,” although he won’t share any more details about it apart from the fact that he hopes to shoot it in France later this year. He recently received the COVID-19 vaccine, but is waiting for the threat of the virus to lift before he begins his next film project.

One project he will probably not be embarking on anytime soon is another  documentary.

Besides which, making a movie about the pandemic itself doesn’t interest him as much.

“I always use a lot of close-ups,” he said. “I would miss the tight shots of people’s faces.”

The day after we spoke, Zipporah died. The obituary provided by her family is, like Wiseman’s films themselves, a modestly worded celebration of the little details that make up passion and love.

“We remember long conversations, sitting side by side and sharing a roast chicken, a bowl of oatmeal with lots of cinnamon, a mound of clementines, or a cup of tea or coffee,” it reads. “She was drawn to the color red, beautiful textiles, pottery and hand carved alebrijes. We recall the peace on her face as she floated in a lake, the joy as she sailed on the ocean, the elation as she skied. We feel that fierce pride and love she held for her three grandchildren. We hear her resounding laugh and her clear voice as she calls us ‘my dears’ and sends us off with ‘buckets of love.’”