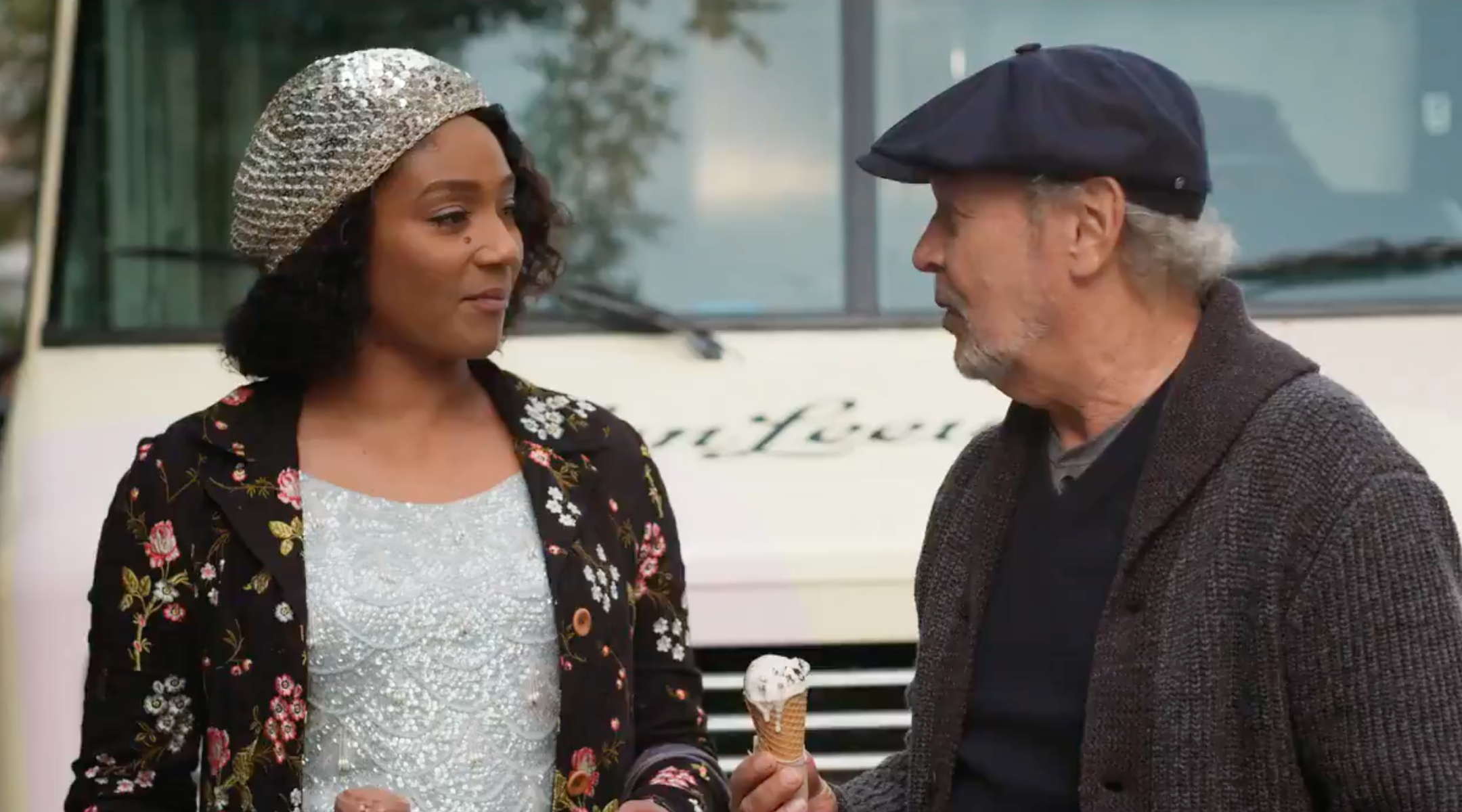 Now the two Jewish celebrities are taking their friendship to the big screen in a buddy comedy called “Here Today.” The first trailer for the movie, out May 7, was released Thursday, and it includes a shot of Crystal and Haddish taking part in a massive hora, the traditional celebratory Jewish dance.

The trailer offers a snapshot of a heartfelt plot: Haddish’s character reluctantly goes to lunch with Crystal’s character, a past-his-prime version of himself, after her husband purchases the date for $22 in a charity auction. There, she has an allergic reaction to her food, requiring a trip to the emergency room that bonds the pair tightly. Over time, Haddish’s character learns that Crystal’s character is losing his memory because of dementia, and he invites her to help him complete his life’s work before it’s too late.

The on-screen relationship follows a longstanding offscreen one for the duo, in which their shared Jewish identity is a bonding force. Crystal, who attended Hebrew school as a child in Long Beach, New York, has spoken frequently about his deep love for Jewish music. Haddish worked as a bat mitzvah performer but did not learn about her own Jewish heritage until she was 27, when she met her father, an Eritrean Jew. She studied Hebrew in advance of her bat mitzvah, celebrated in December 2019, and explored her Jewish identity in a comedy special, “Black Mitzvah,” released the same day.