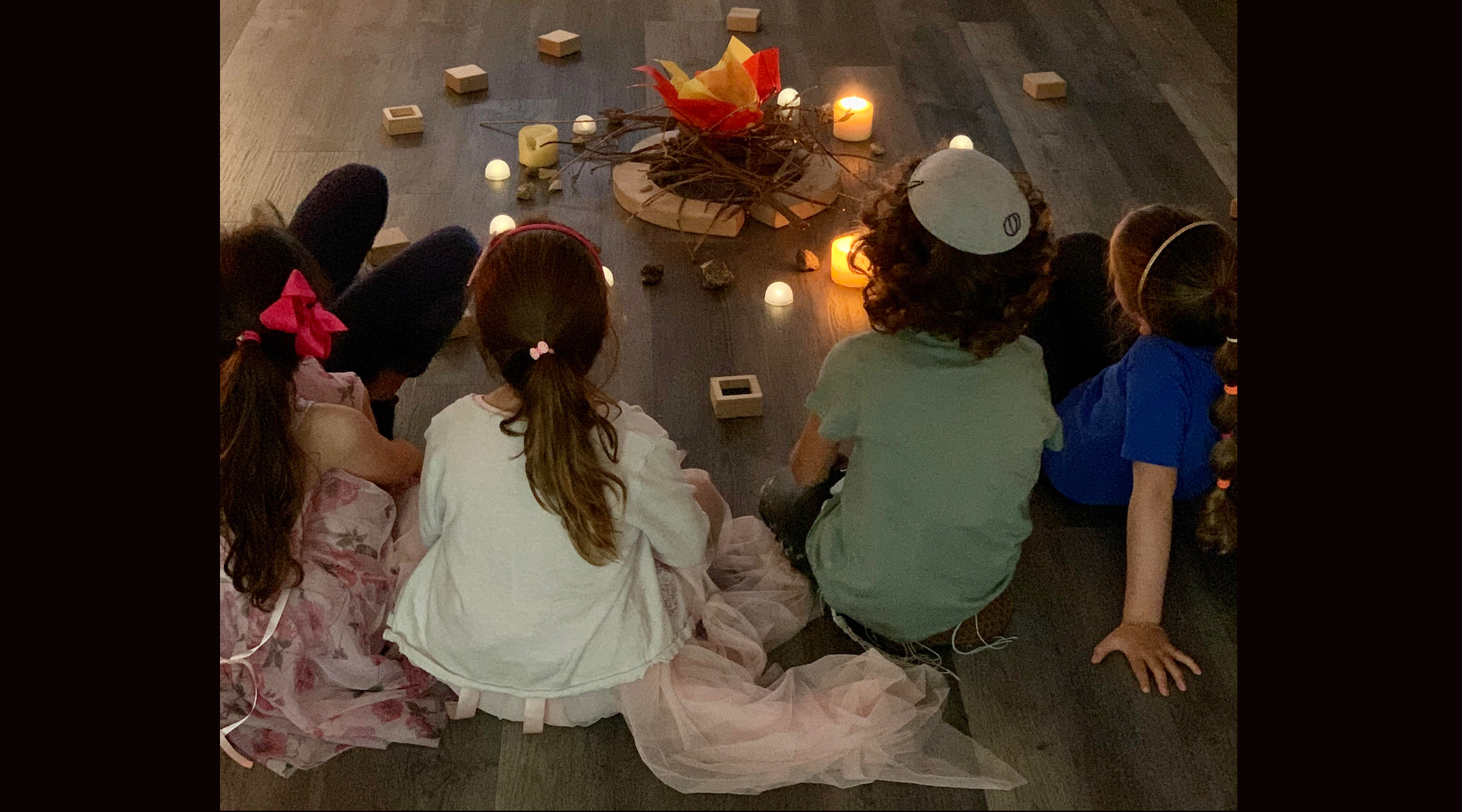 (JTA) — After months of distanced learning, Sharon Levin was excited for her school to celebrate Lag b’Omer together on Friday with a day of outdoor activities.

The spring holiday, which is popular among students at Jack M. Barrack Hebrew Academy near Philadelphia, was to include a picnic, a bonfire and a mini-color war, or tournament where students in blue and students in white faced off against each other in a variety of games. Levin, the head of school, had enjoyed having all her kids back on the school’s campus for Israeli Independence Day a couple weeks ago, and was looking forward to another holiday.

Then, Thursday night, she heard the horrific news: At least 45 people had died in a stampede at a massive Lag B’Omer celebration in the northern Israeli village of Meron. Like Jewish day school leaders across the country, Levin was faced with a vexing dilemma. Was it possible to address the tragedy while still having a celebration, especially in a difficult year like this one?

“In our Jewish community, we can barely ever come up for breath,” Levin said Friday.

“Here we are right now going through school in the midst of a pandemic,” she added. “What do you do as the head of school with a joyous Lag b’Omer celebration? How do you acknowledge and commemorate what just happened in Israel?”

Across the country, Jewish day school heads answered that question in largely the same way. Five administrators who spoke with the Jewish Telegraphic Agency Friday all said they let the festivities go on, but all made sure to include an acknowledgement of the tragedy. A few of them said that, unfortunately, they had experience mixing joy and sadness, particularly when it comes to discussing Israel.

“Tragedy and happiness can live side by side, although that’s a difficult balance,” said Tamar Cytryn, director of Jewish studies and campus life at Chicago Jewish Day School. “But we’re kind of used to it, Jewish people.”

Like Levin, Cytryn felt that students would gain more from celebrating than from transforming a happy day into an entirely somber one.

“It’s challenging — you have to think about creating an environment where students connect and understand that something big and something tragic happened,” she said. “But also ask yourself if canceling connects them more or serves a stronger purpose.”

In the end, her school did not cancel. Her students, like many others, recited Psalms on behalf of the victims, a traditional Jewish response to tragedy. Cytryn’s school also had Israeli emissaries talk at a schoolwide assembly about how they were feeling.

At Barrack in Philadelphia, students wrote get-well-soon cards for the more than 100 people wounded in the stampede, and gave charity. At a few schools, they chanted a traditional prayer for healing or said the Mourner’s Kaddish prayer.

Then the students took part in the rest of the day’s programming: arts and crafts, color wars, (supervised) bonfires, song and dance.

“We helped students work through their emotions of why bad things happen to good people and used these tragedies as a moment to reflect and teach,” said Vanessa Donaher, head of school at Scheck Hillel Community School in North Miami Beach, Florida. “From a religious perspective it’s difficult for students and adults alike to understand why these things happen in the world.”

In Israel, on Sunday (which is a weekday), schools across the country are going to begin their day by discussing the tragedy, according to a directive sent on Friday by the Education Ministry.

At Jewish schools in the U.S., the response varied by grade. Administrators of elementary schools said that their teachers did not discuss the tragedy unless a student asked about it.

In middle and high schools, where students are expected to be aware of the news, schools alternated between discussing the facts of the tragedy and talking about how to help victims and process grief.

“The seventh and eighth grade, especially, came in having seen it,” said Jody Passanisi, director of the middle school at Gideon Hausner Jewish Day School in Palo Alto, California. “Many of them had questions and were wondering what happened, in terms of the tragic part but also, how did people get there? What was the tradition?”

High school students had the harrowing experience of wondering whether older friends of theirs spending a gap year in Israel were at the stampede. Donaher said that about half of her graduating seniors spend a year in Israel, and that she first checked whether any of them were at Meron before she then asked whether any alumni of other schools had been there.

All of Donaher’s students were safe, but that wasn’t the case for everyone. One of the victims was Donny Morris, a 19-year-old from New Jersey studying in an Israeli yeshiva this year. Rabbi Bini Krauss, principal of Salanter Akiba Riverdale Academy in New York City, said that his son, who is also studying at an Israeli yeshiva this year, knew Morris through friends.

“It’s very painful to know you have kids who spent their year in Israel who aren’t coming back,” he said. “He’s devastated.”