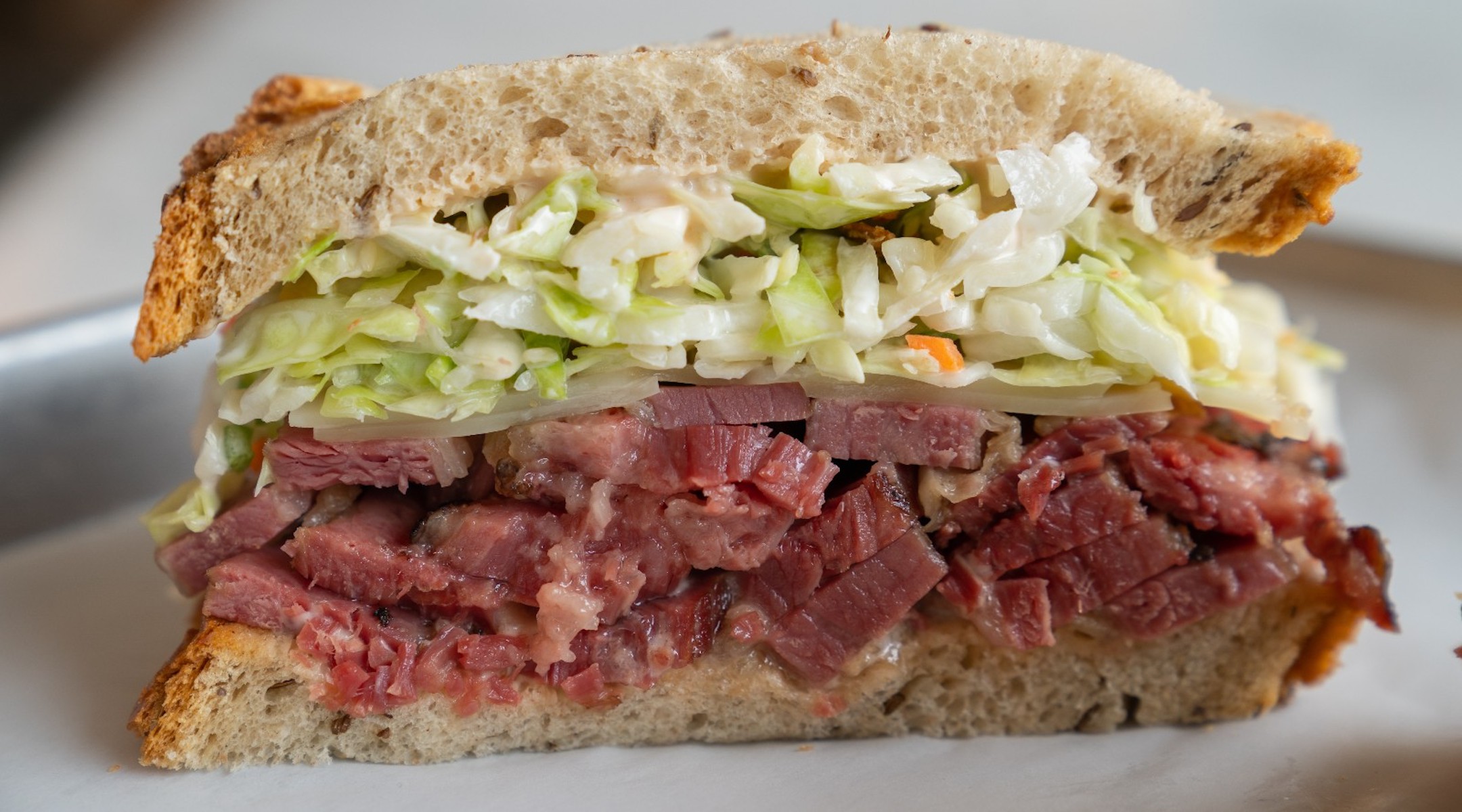 Not long ago, there were ominous reports about the fate of Jewish delis. Lovers of pastrami and chopped liver wrung their hands.

While it’s undeniable that there are far fewer Jewish delis today than there were a generation ago — David Sax, author of “Save the Deli,” calls them “a dying breed” — a revival is underway, in many cases led by women.

That wasn’t always the case in a male-dominated industry. But in the past five years, several delis owned and run by women have joined the Jewish food landscape, putting their own stamp on the Jewish deli. We’ve rounded up the best of them. 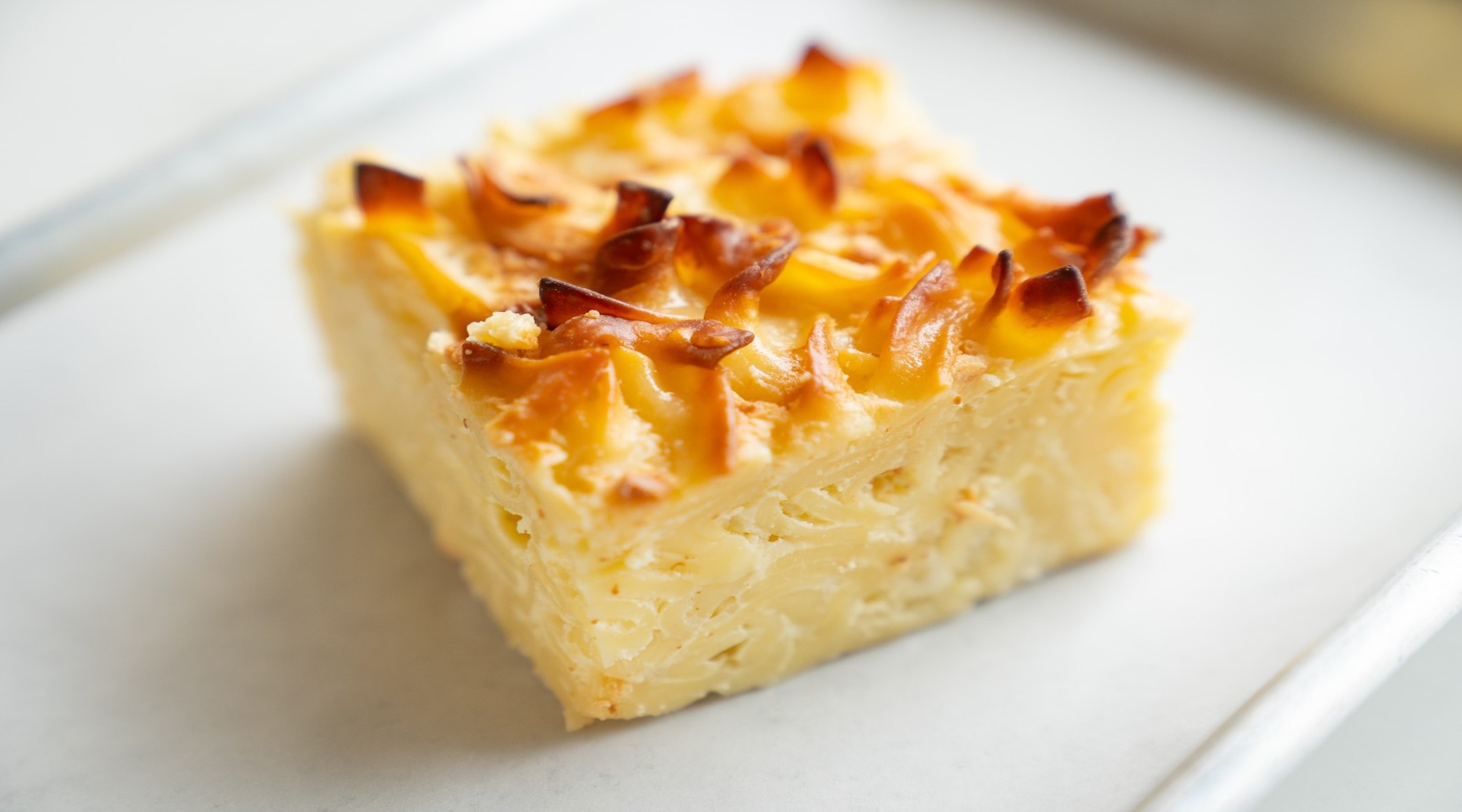 Those who love deli and have been to Los Angeles know Langer’s Deli. In 2018, Trisha Langer, granddaughter of Langer’s founders, opened Daughter’s Deli in West Hollywood. The menu is classic deli fare — hot pastrami, potato latkes, lox with a schmear — but with a modern aesthetic. The blintzes and knishes are delicately sized, and while matzah ball soup is on the menu, chopped liver and mushroom barley soup are not.

In homage to her roots, Langer named sandwiches for family members, like The Papa sandwich, stuffed with hot pastrami and swiss cheese, for her grandfather, Langer’s founder. Her baby is the dessert business: chocolate chip cookies, New York-style cheesecake and her own version of black and white cookies, made without lemon zest. 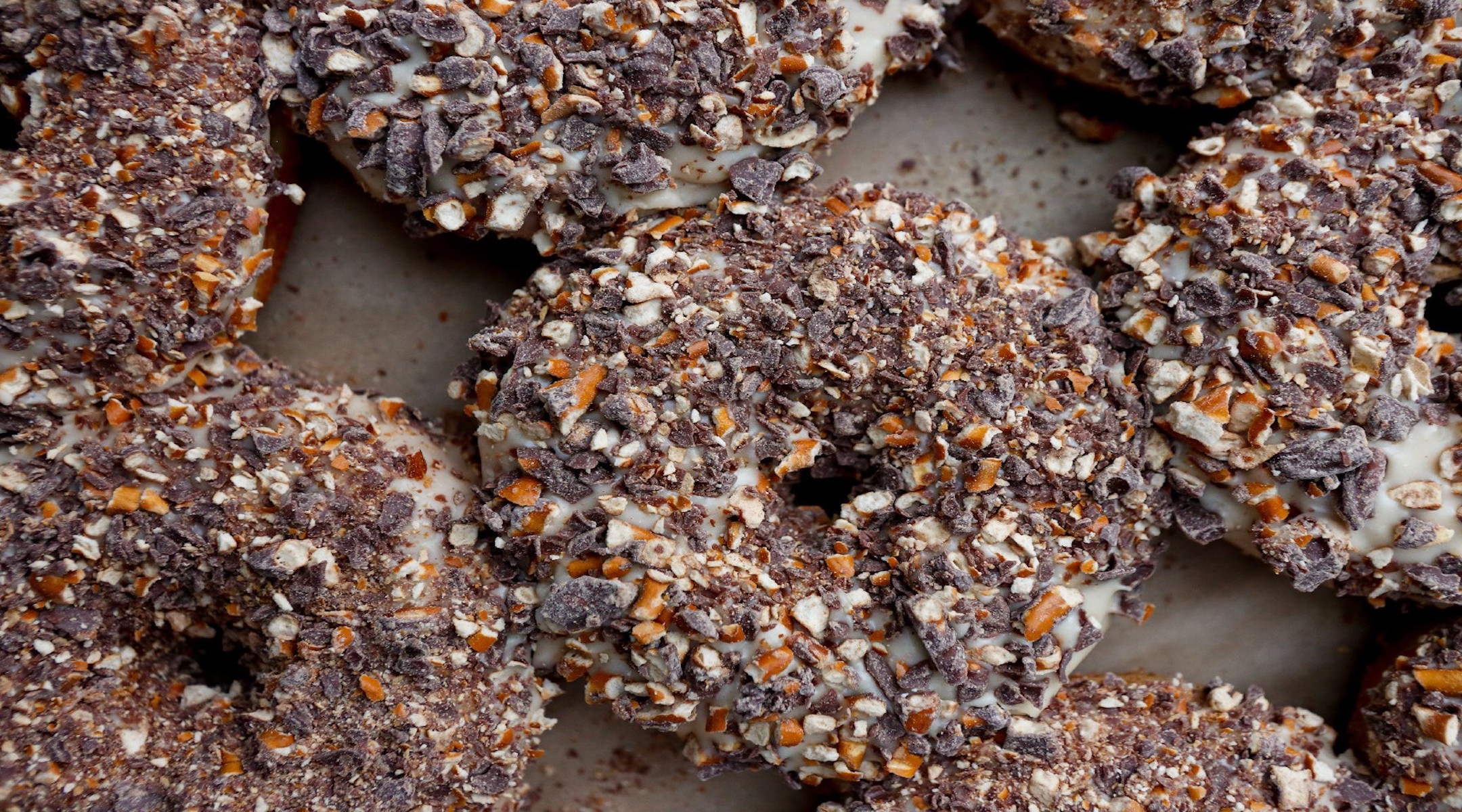 Daniela Moreira is the chef at Call Your Mother, a “Jew-ish” deli in Washington, D.C., founded in 2019, which she runs with her partner, Andrew Dana. Their menu is influenced by nostalgia, as well as the flavors Moreira and Dana love. As a nod to her South American background, for instance, Moreira put a Latin Pastrami sandwich on the menu: pastrami, spicy herb mayo, veggie slaw and jalapenos on rye. For dessert, babka and black and white cookies stuffed with dulce de leche sit alongside peanut butter-pretzel doughnuts.

Moreira is involved in more than just the food. She and her partner offer their staff English lessons, gym memberships and classes with trainers who teach them how to care for their bodies.

When you’re next in New York, take the subway to Williamsburg, Brooklyn, and stop in at newly opened Edith’s. Owner Elyssa Heller gathers elements of world Jewish cuisine and applies them in fresh and unexpected ways. Her most popular item is a bagel filled with bacon, egg and cheese — with a latke for extra crunch. Her bagels, by the way, are twisted, a reference to the original twisted Polish bread from Krakow, the bagel’s ancestor.

The cooks at Edith’s use a “no waste” concept. Instead of making matzah balls with matzah meal, for instance, they make dumplings with day-old bread mixed and schmaltz.

“We take historical elements and incorporate them into our food,” Heller says.

They use every part of the fish, too, which they smoke in-house. Expect to find their softly scrambled eggs topped with salmon skin “gribenes.” 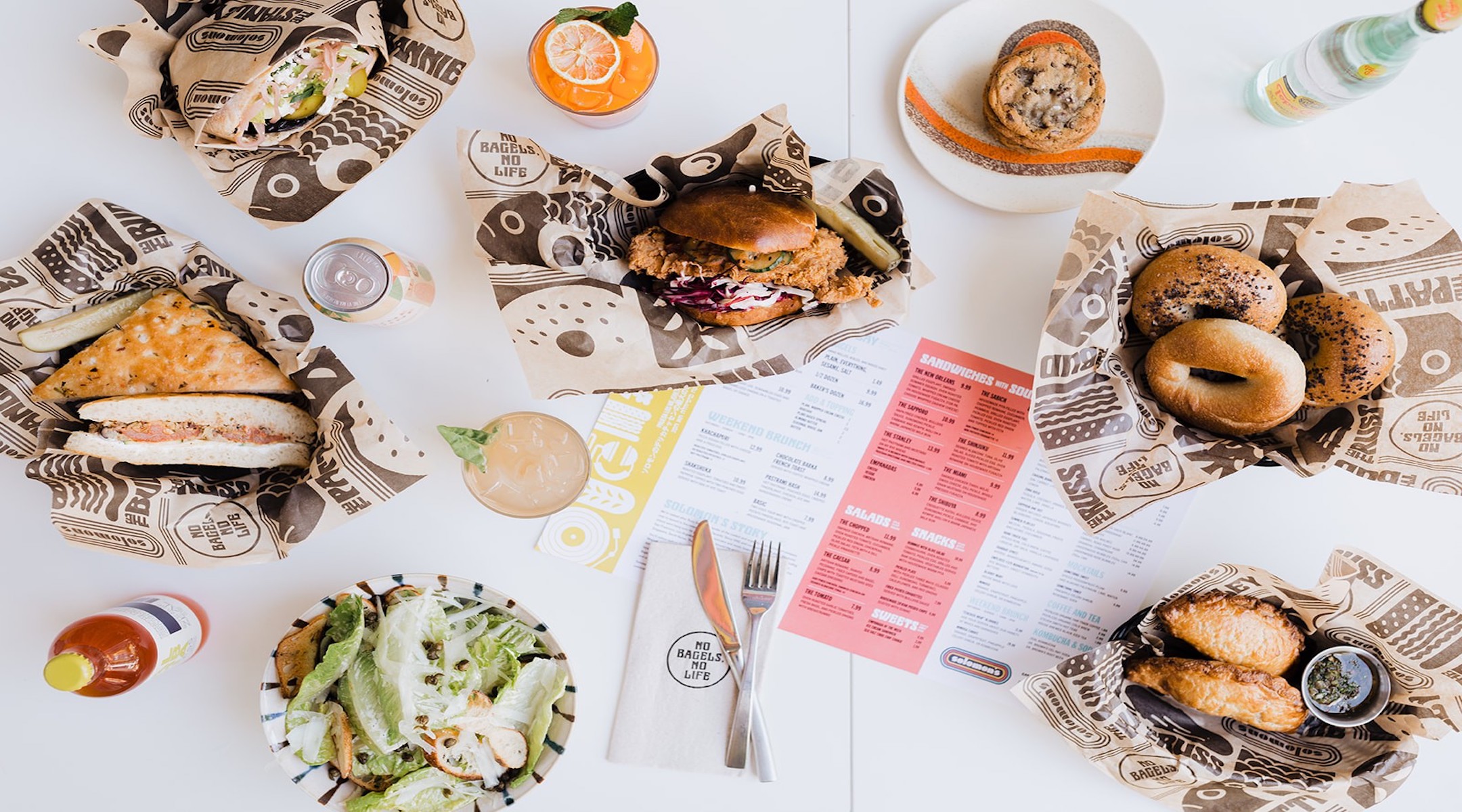 Sacramento, Calif., has a vibrant food scene, but it was missing a Jewish deli. Jami Goldstene and Andrea Lepore remedied that situation when they opened Solomon’s in July 2019, named for Russ Solomon, founder of Tower Records and local Jewish boy who loved deli. While inspired by New York Jewish delis, this establishment also features street food that you can find in the countries where Tower Records has stores.

The cocktails here are designed with the same approach; a bloody Mary flavored with turmeric and finished with dill pickles sits alongside etrog liquor and Japanese whisky. It’s a place, the founders say, “where everyone could find something.” 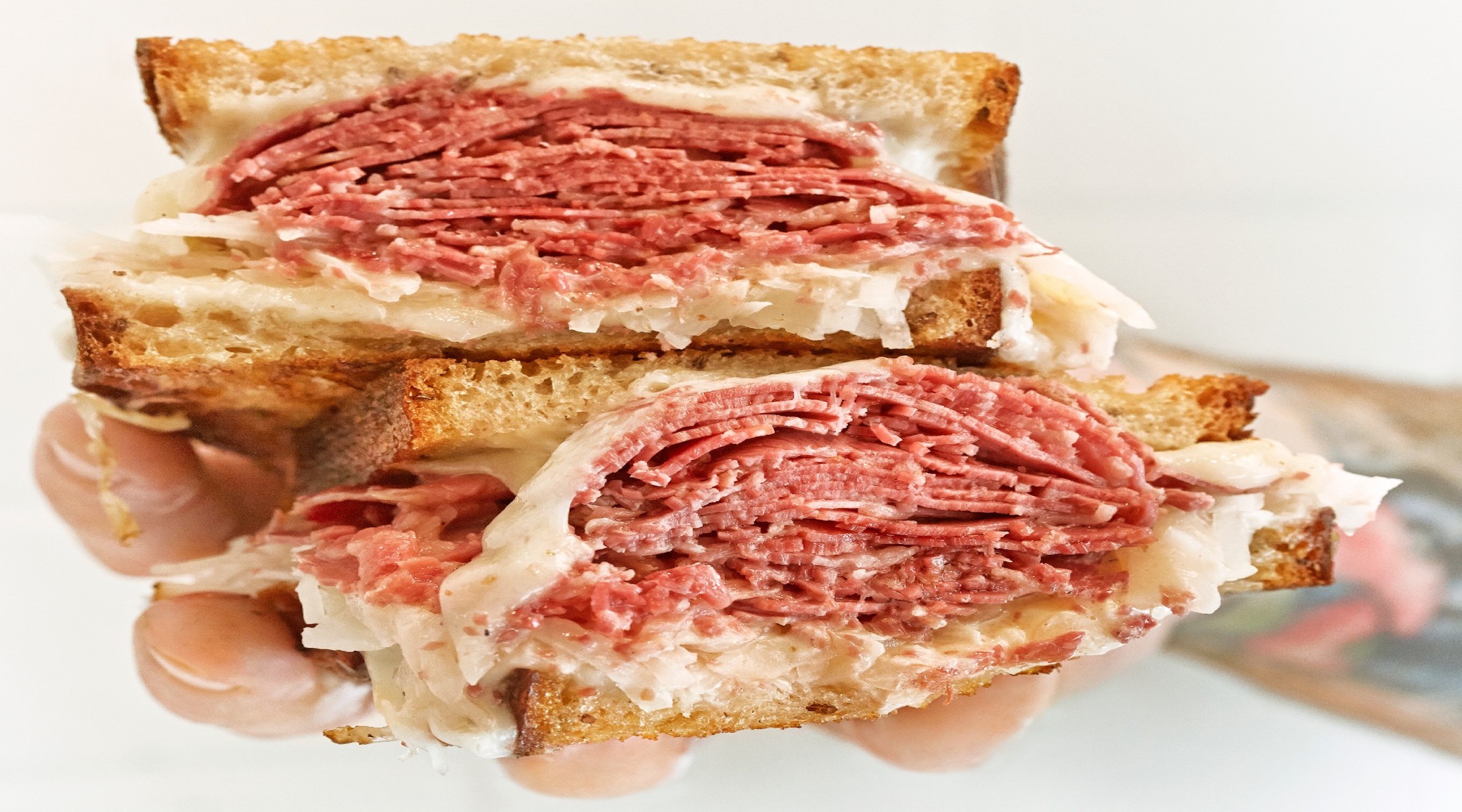 When Rachel Miller Munzer and her partners opened their Boston Jewish deli in 2016, they named it Mamaleh’s, a Yiddish word of endearment. Munzer’s husband, Alon, was moved by David Sax’s book “Save The Deli,” about the decline of the Jewish deli. The husband-wife team felt “an obligation to save a dying art.”

Their food, Munzer says, is “from the heart, made with thought, of the highest quality.” You can get a pastrami-chopped liver sandwich  or a rich bowl of chicken soup filled with chunks of chicken, carrots, celery and one or two large matzah balls. And if you are dreaming of a hot tongue sandwich, look no further. Their restaurant even has a gift shop where you can pick up lactaid pills.

“It’s the Jewish disease,” Munzer said. “We need it available!” 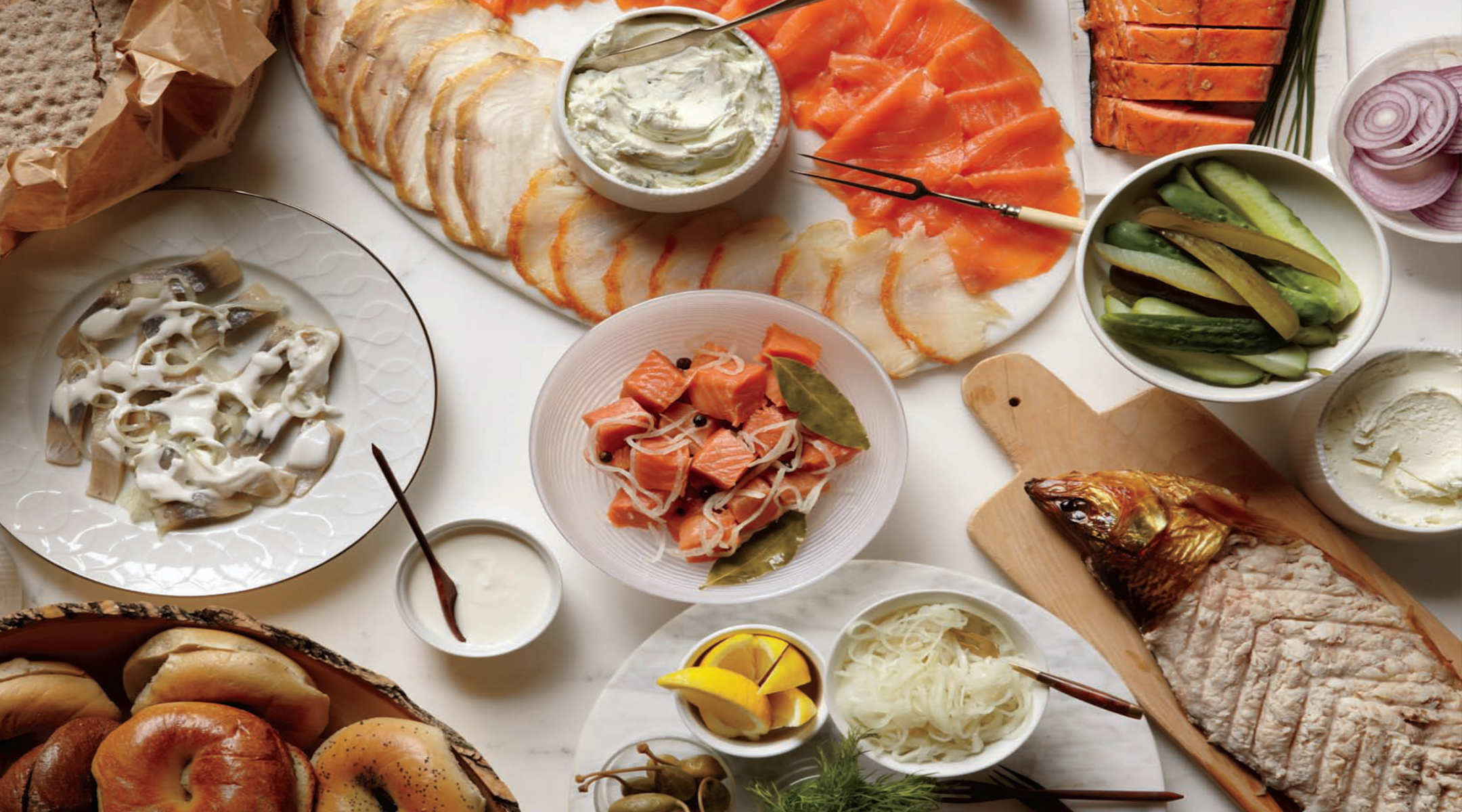 These Jewish delis are all relatively new and one could say they stand on the shoulders of another Jewish eatery — an appetizing shop, not a deli — based in New York. Russ & Daughters was the first American business to have “& Daughters” in its name. In fact, says Niki Russ Federman, a fourth-generation owner, when Joel Russ named his business in 1935, “people assumed the owners were a Mr. Russ and a Mr. Daughters.”

Women have been working and running the business from its earliest days.

“Today, almost all of our managers are women,” Federman said. “And at times we have more women working behind the counter than men.”

How does Federman see the future of Jewish food?

She exhorts new businesses to “respect tradition and find their own voice to put their own spin on what they are doing.”