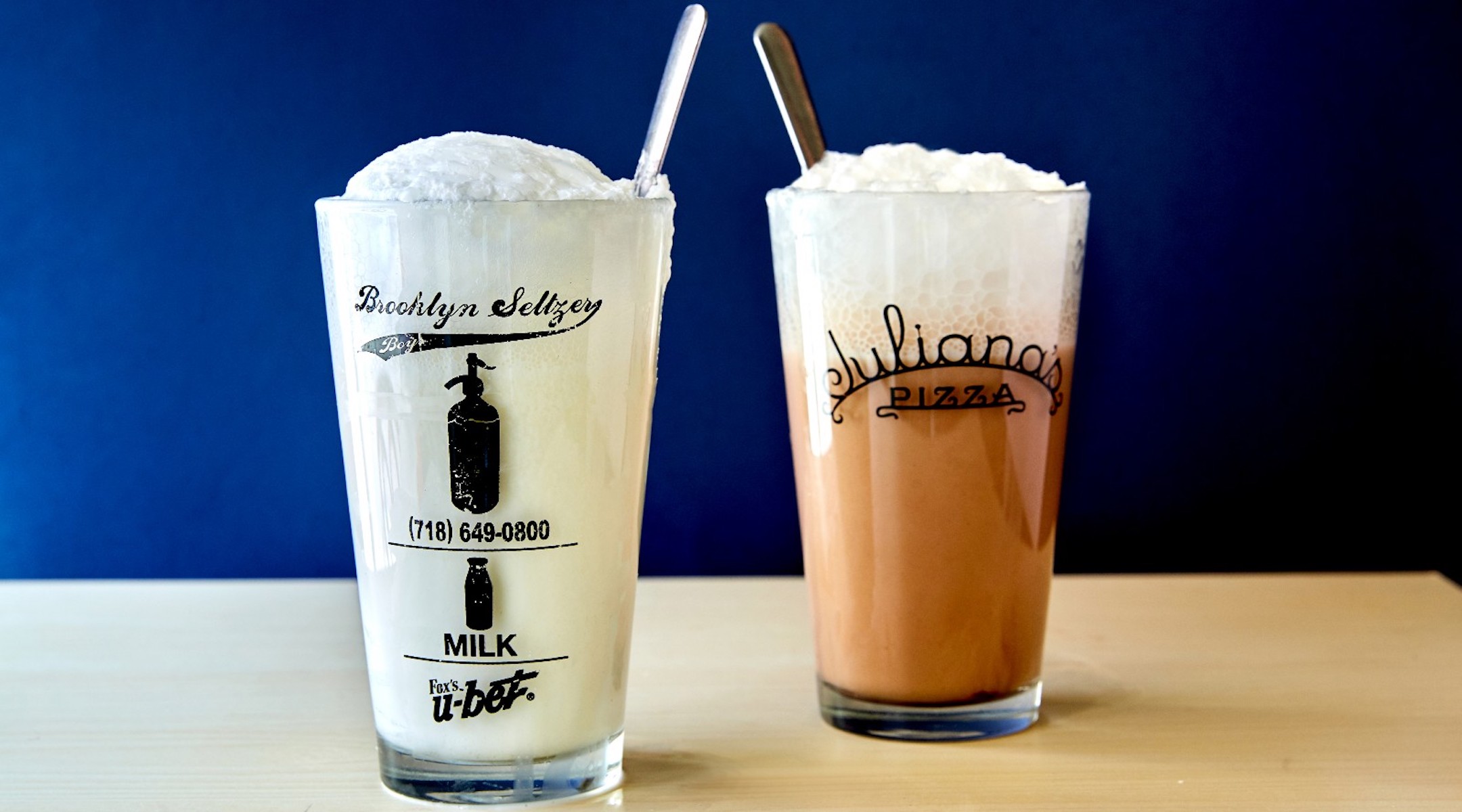 Many feel a nostalgic connection to the egg cream, a fancy-named but pedestrian drink.(Biz Jones)
Advertisement

An egg cream was my father’s kitchen claim to fame. He assembled them with great flourish — Fox’s U-Bet chocolate syrup, cold milk from a glass bottle, and a long, hard shpritz of seltzer followed by a vigorous stir. Even today, when I drink or think of it, it takes me back to my family’s Brooklyn roots and him.

To my surprise, I have discovered that I am not alone in my nostalgic connection to this fancy-named but pedestrian drink. According to Pete Freeman, co-owner, co-founder and chief soda jerk at Brooklyn Farmacy and Soda Fountain, nostalgia is at least half of the egg cream’s appeal. There was a time when every New York diner and ice cream parlor offered them. As Elliot Willensky wrote in his book “When Brooklyn Was The World: 1920-1957,” “a candy store minus an egg cream, in Brooklyn at least, was as difficult to conceive of as the Earth without gravity.”

In 2021, there aren’t many candy stores or pharmacies with marble counters where you can still order an egg cream. But those eateries that offer the beverage  do so with pride and purpose.

When Matthew Grogan partnered with Patsy and Carol Grimaldi to open Juliana’s Pizza, rated best pizzeria in New York in 2017 by Zagat’s, they crafted a menu that would bring back foods from the Grimaldis’ youth: pizza made with fresh mozzarella in a coal-fired oven; seltzer from glass bottles and egg creams made with U-Bet chocolate syrup. Pre-pandemic, they sold about 40 egg creams a week to customers of all ages, many of them curious tourists. 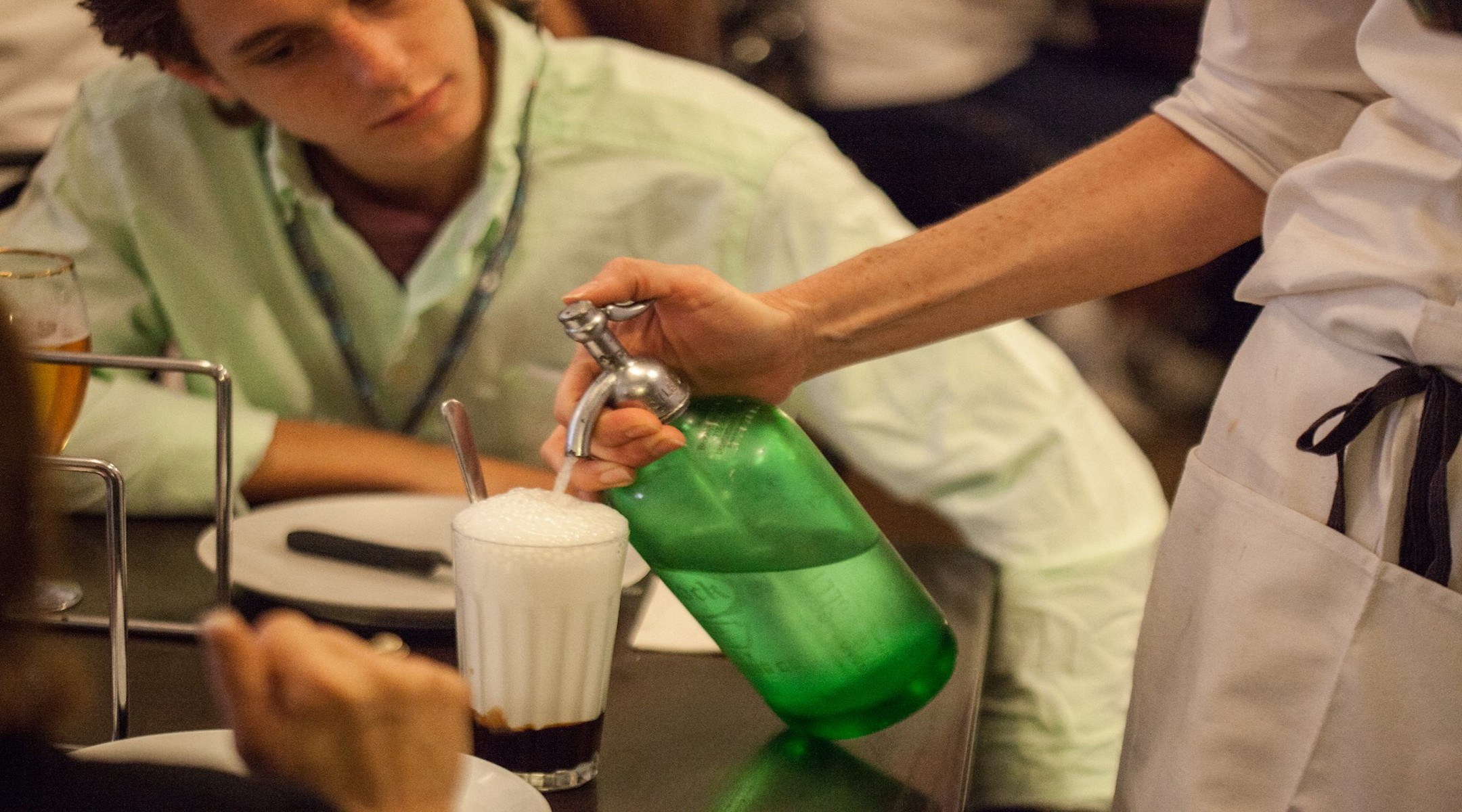 Aside from nostalgia, though, what is the egg cream’s appeal?

When you break it down, it’s just carbonated chocolate milk with foam on top. If you’re thirsty, Freeman said, it satisfies you on a physical level. But on a cultural level, “it is tied to being Jewish.”

The egg cream was born in the poor and crowded Jewish communities of the Lower East Side and Brooklyn. According to Barry Joseph, author of “Seltzertopia,” in the 1920s and 1930s Louis Auster — the Jewish immigrant credited with creating the egg cream — would report selling 3,000 egg creams a day. On hot days the number would soar with the temperature — up to 12,000!

Plus, two of the egg cream’s three ingredients have strong Jewish connections.

Jews dominated the seltzer trade in New York City, and Jews loved to drink it. According to Sara Gardner in her article “Why Jews Love Seltzer,” seltzer is a pareve beverage “beloved by Jews, observant and assimilated alike.” It was “a welcome digestive aid to the heavy Eastern European fare” people ate in delis.

Fox’s U-Bet chocolate syrup was produced by a Jewish man, Herman Fox, in his Brooklyn tenement home at the beginning of the 20th century. Fox was a gambler who lost his money in a Texas oil well investment, but turned things around when he struck gold with his syrup. While his money stayed in Texas, the Texan term “you bet it’s good” became part of his syrup’s name. 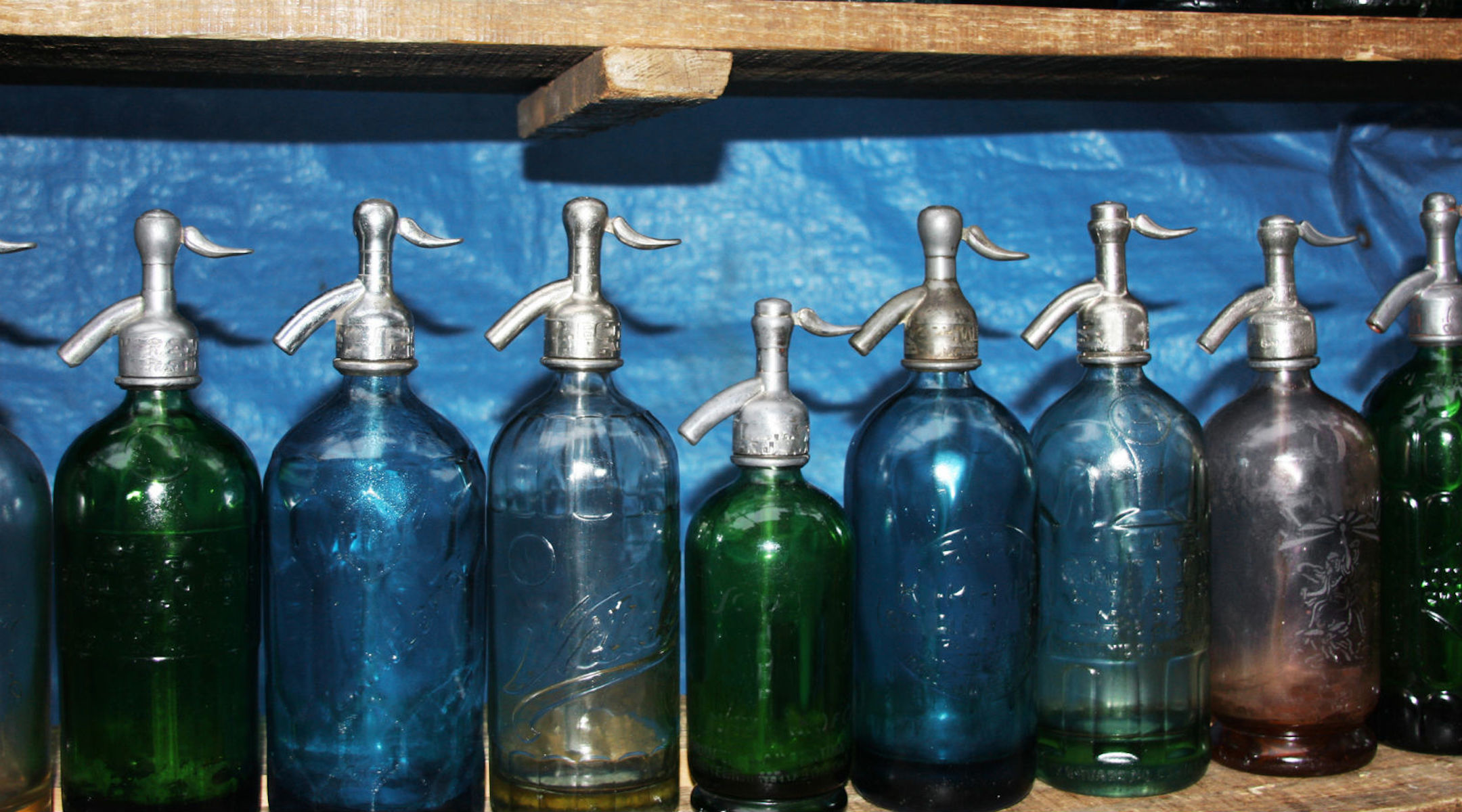 In the 2018 documentary “Egg Cream,” food historian Andrew Coe describes egg creams as a cheap copy of the soda fountain drinks from the fancier neighborhoods of New York. Coe said the drink “gave people a sense that they were having a fancy, uptown kind of drink for a very downtown kind of price.” Even the name sounds rich, he says. But it’s also misleading; the standard egg cream has no egg and no cream.

Some say the name is a bastardization of the Yiddish word “echt,” which means genuine or real. Grogan, of Juliana’s Pizza, heard that when Auster was making the drinks he would “call to his staff and ask them to bring up more of the [grade] ‘A’ cream which, given New York accents, morphed over time to ‘egg cream.’”

Freeman of Brooklyn’s Farmacy believes the original egg cream really was made with egg. In the ’20s, he says, refrigeration was bad. Soda jerks would whip egg whites and dollop them on top of the chocolate soda. In so doing, they could turn a 2-cent chocolate soda into a 5-cent egg cream. Only later, he believes, was egg replaced by milk when good refrigeration became more widespread.

Just as there is no consensus on the origins of the name, there are myriad ways to make the drink. Freeman first mixes milk and seltzer for a white, foamy head; the purity of the foam is important to him. Then he adds the chocolate syrup. Grogan, however, makes his egg cream with — cream! He mixes the cream with Fox’s U-Bet syrup and then adds Brooklyn Seltzer Boys seltzer for a thick, rich head.

For Freeman, the egg cream is not just a drink — it’s a mission. When he and his sister opened Brooklyn Farmacy, the egg cream was disappearing from menus and people weren’t giving it the attention he felt it deserved.

“Your legacy can only survive if one generation passes it down to the next,” Freeman says. “You can bemoan that or do something about it. Parents and kids now come to our shop. Our egg creams are codified in those kids’ memories. They will grow up and share it with their children. And the egg cream will live on.”