Jewish girl praying for missing parent moves Surfside mayor: ‘I am going to find her’ 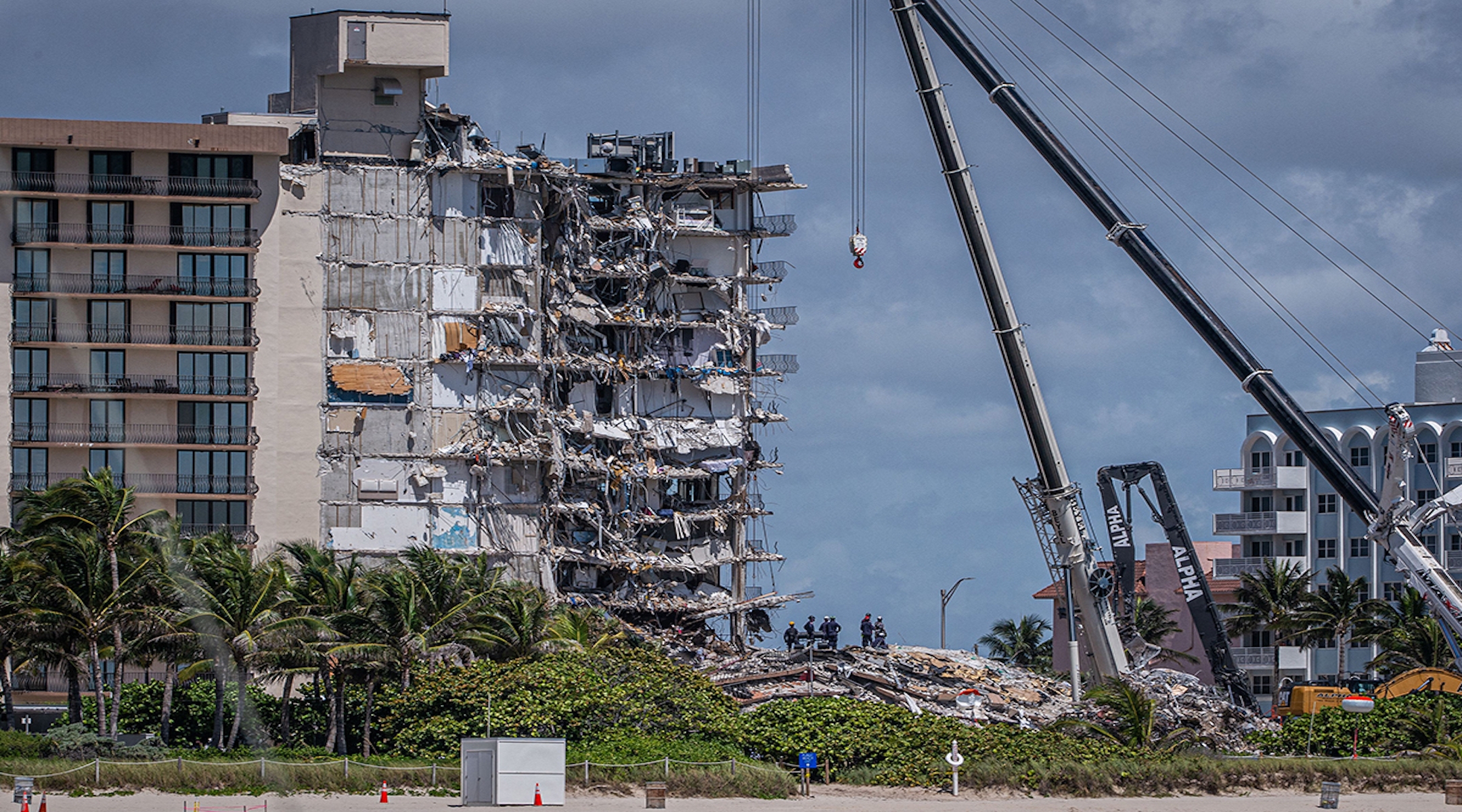 Since the Champlain Towers South condominium collapsed early last Thursday morning, the search has been on to recover those missing from the rubble. With 18 confirmed dead, and some 145 people still unaccounted for, the situation has been incredibly hard for those who lived there, their loved ones and the general Surfside community.

Of the many people hoping and mourning are members of the growing Jewish community in North Beach, which totals some 5,000 Jews as of 2014. (Four small cities make up this area on the north end of Miami Beach: Surfside, Bal Harbour, Bay Harbor Islands and Indian Creek.) Surfside’s mayor, Charles Burkett, encountered one community member, a young Jewish girl, while making his rounds one night as the search and rescue mission continued.

During a news conference Monday, Burkett described to reporters his interaction with the girl as she sat alone.

“I had toured the site as I normally do, as I do about three times a day — in the morning, in the afternoon and in the evening — and I came across a little girl. She was about 11 or 12 years old,” he said.

Burkett said he had seen the girl before, and knew her because he had already spoken with her accounted-for parent, who lived in an apartment a few blocks away. The other lived at Champlain Towers and was in the building at the time of the collapse.

“When I came across her, she was sitting in a chair by herself with nobody around her, looking at her phone. I looked down and I asked her, ‘So, what are you doing? Are you OK?’ She was reading a Jewish prayer to herself, sitting at the site by where one of her parents presumably is. And that really brought it home to me.

“She wasn’t crying, she was just lost. She didn’t know what to do, what to say, who to talk to,” the mayor added, looking visibly moved.

This young girl is among many Jewish and non-Jewish loved ones waiting for any word — good or bad — on the status of those missing. The victims counted so far include an older couple, Antonio and Gladys Lozano, 83 and 79; and Stacie Fang, a 54-year-old mom whose 15-year-old son, Jonah Handler, was rescued.

Jacob Solomon, the president of the Greater Miami Jewish Federation, said the “question is already surfacing about how to plan for the burials of those who are not yet known to be dead.”

There are no tragedies that go without affecting the victims and their families. Our hearts go out to that young girl, who whether or not she knows it has the wholehearted backing of her Surfside community and the Jewish community behind her.

Burkett told reporters that he looked for the girl this morning at the family reunification center, when he and other officials went to meet with relatives of those who are still missing. He didn’t see her.

“But I am going to find her,” he said, “and I am going to tell her that we’re all here for her and we are going to do the best we can to bring out that parent.”

Our thoughts and prayers are with the victims of this tragedy, as well as their families.