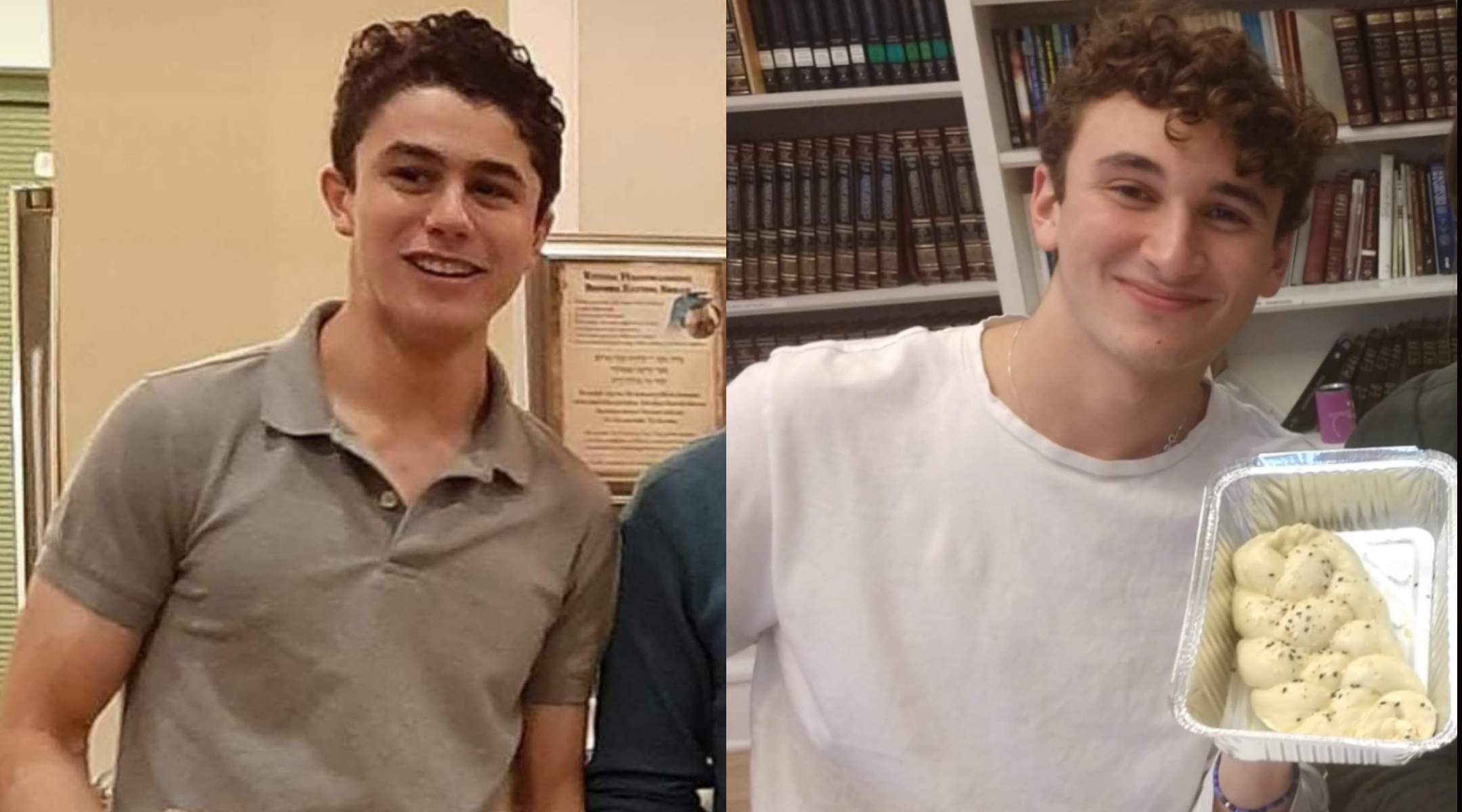 (JTA) — Rabbi Anna Levin Rosen has counseled Jewish students at the University of Chicago through crises before. But she says the last two weeks have been “devastating.”

First, Ilan Naibryf, 21, disappeared in last month’s Surfside, Florida, building collapse. He had been visiting with his girlfriend, Deborah Berezdivin, whose family owned two units in the building; neither of them has been found yet.

Then, last week, Max Lewis, 20, was struck by a stray bullet while riding the train back from his internship at a finance firm. Paralyzed from the neck down, he died on Sunday after he asked to be taken off life support.

Levin Rosen, who is the rabbi of the university’s Hillel, visited Lewis’ hospital the morning he died, standing in a circle with 15 of his family members and friends and leading them in reciting the Shema and singing Psalm 121, which is about trusting in God during hard times.

“The fabric of our community has been irreparably torn through these tragedies,” she said. “There’s a combination of unimaginable devastation for all who knew them, especially those who were friends with both, and the desire to be present for each other and support each other knowing that that’s the best thing we can do to give honor to what matters most to them.”

Both Lewis and Naibryf were prominent members of the University of Chicago’s small Jewish community, which numbers around 800 among an undergraduate student body of about 6,700. Naibryf, a rising senior, was president of the Chabad Student Board and an outspoken advocate for Israel. Lewis, a rising junior, was the president of the campus chapter of AEPi, the Jewish fraternity.

Baila Brackman, who runs the university’s Chabad center with her husband, Rabbi Yossi Brackman, said both students were inquisitive, caring and energetic.

“They were precious young men whom we cared about deeply and loved deeply,” she said. “Both of them always had a huge smile. Their smiles just brightened up the room. They were very happy, kind, caring and giving. Not once did I hear them say a bad word about someone.”

Brackman said that Naibryf became active in Chabad as a freshman and that she and her husband came to view him as a family member, “almost a sibling” to their kids. When the pandemic hit, she said, he came up with ideas for Zoom programs to keep students engaged.

“He was unapologetic about Israel and how much he loved Israel, and he wanted to make sure that students had the history of Israel,” Baila Brackman said. “He worked very hard to make sure there was a lot of Jewish pride on campus. He would just come into the Chabad house, just smile and say, ‘What can I do and how can I help?'”

A similar spirit animated Lewis, said his best friend and roommate, Zach Cogan. Cogan said Lewis, an avid runner and car enthusiast, was the kind of person you could talk to about anything, “the most kind person.” Cogan recalled that during the pandemic, Lewis stayed on campus to make sure he was there for other AEPi brothers.

“For Max, there was nothing bad you could possibly say about him,” said Cogan. “He was the best of us. He was so caring and selfless, and he never asked anybody for anything.”

The past few days have been “extremely difficult and taxing,” Cogan said. “I’ve gone to text him several times and realize he’s not here, and it’s crushing.”

A fundraiser in Lewis’ memory, set up by Cogan and another friend, has raised $67,287 as of Tuesday evening, more than triple its $20,000 goal. Cogan is also helping students go to Lewis’ funeral in Denver, and says as many as 70 or 80 might go.

“With the loss of Ilan in Miami and Max with this horrific senseless shooting, it is super unfortunate for the Jewish community of UChicago to have lost two incredible people,” Cogan said. “There are people who, in your first encounter with them, you kind of know — ‘Wow, that’s a great person.’ And Ilan and Max both had that effect.”

Now, Levin Rosen and the Brackmans are figuring out how to comfort their students over the summer and once school restarts in the fall. They held a joint Shabbat dinner for students and Lewis’ relatives on Friday. They’re helping students access professional counseling and are reaching out to Lewis’ and Naibryf’s friends to check in. The Brackmans hope to memorialize both students, perhaps dedicating a portion of the Chabad building in their memory.

But they’re also struggling with what Brackman, who has worked on campus for 20 years, called “one of our most difficult weeks.”

“Why????????” the Brackmans posted Sunday, shortly after Lewis’ death, on a joint Facebook account. “There’s no answer. Our hearts just break, again.”