The Jewish trans Mexican TikTok star you need to know 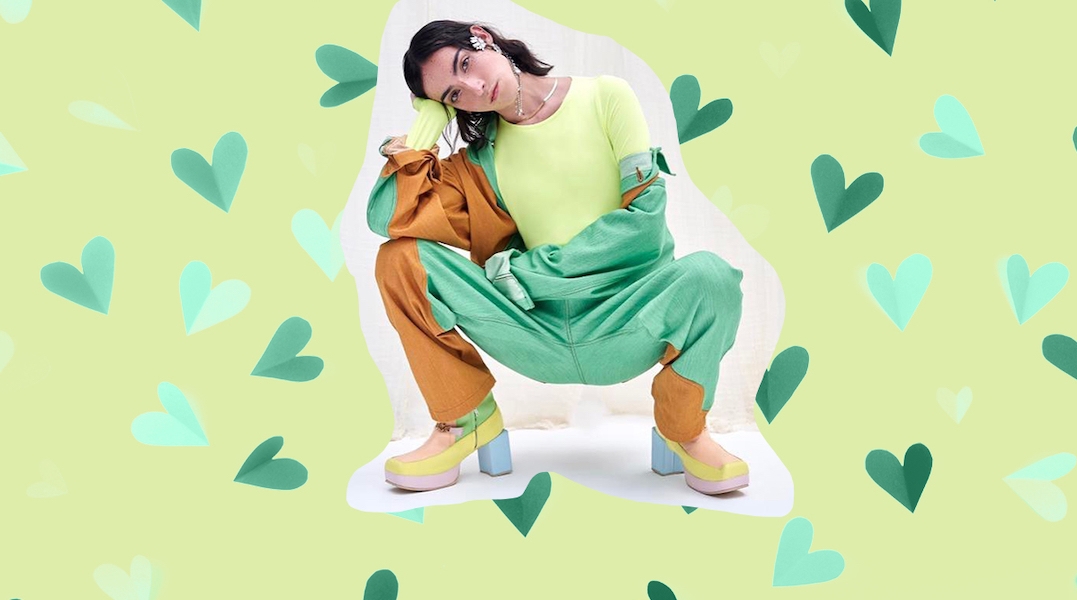 I spend way too much time scrolling through the endless loop of viral challenges and 60-second dance videos on TikTok (don’t ask me why). It was during one of those daily scrolls that I came across Hadassah Tirosh’s page. I’d be lying if I said her Jewish-sounding name wasn’t the first thing that caught my attention — the second being her distinctive and unique laugh.

As I scrolled, I realized that Hadassah was not only Jewish, but also a Mexican-Israeli trans content creator. As a Mexican Jew myself, I was hooked and followed her immediately. In much of her early content — starting in December 2019 and posted under her previous name, David, who she remembers fondly and has taken the time to thank for helping her become the person she is today — Hadassah was seen  wearing colorful kippahs and a Star of David necklace. She was generally proud and open about her Jewishness.

Since then, much has changed. Hadassah’s charismatic and unapologetic personality have helped grow her platform, amassing an impressive 2.2 million followers on TikTok and 144,000 followers on Instagram. She’s been featured in Elle Mexico as one of its Pride 2021 cover stars. She has modeled for the Mexican fashion label Ocelote (a big deal considering that in 2020 she posted a “Vogue Challenge” video on TikTok claiming she wasn’t a model but would still give the challenge a shot). And recently she was nominated for an MTV MIAW award — literally the “millennial awards,” given to the best of the internet by MTV Latin America.

Hada, which is what she goes by (it means “fairy” in Spanish, which would explain why her social media profiles are covered in fairy emoji), is an 18-year-old, gender nonconforming, pansexual content creator who uses she/her pronouns. Growing up, she always knew she was “different” than her classmates: She liked boys and girls, which she confessed to her mom at around 10 years old. In a live video on Mansión Lit’s Instagram, Hada explains that she had already talked to her rabbi before coming out to her mom, and he had explained that no matter what she felt or who she loved, she was valid and worthy of God’s love. She shared his words with her audience: “Whoever your God is, they love you as you are.”

Hada goes on to explain that she believes it’s important not to seek external validation, but validation from oneself, since it’s the only opinion that really matters at the end of the day. As most marginalized folks who speak out about their identities will explain, Hada has dealt with her fair share of bullying and comments from haters, but she typically lets them pass without much attention.

“I try to remember that these comments are more a reflection of what these people have in their hearts than they are of what or who I am,” she said on Instagram.

Her content is pretty much an even mix of viral TikTok challenges, Q&A sessions — which she’ll usually start with a cheerful “Shalom!” — and goofy videos featuring her friends. Two things usually stand out. One is her unique, contagious laugh, which is impossible to ignore and always manages to put a smile on my face. The other is her absolute zero-tolerance policy for haters and negativity — she never shies away from calling out the mean-spirited comments in her videos or photos in a sassy, funny way, always making it very clear that such sentiments are not welcome on her platforms.

Hada says she uses the she/her pronouns because that’s what feels right at the moment, but adds they could change in the future. Labels aren’t needed, as far as Hada is concerned, since both sexuality and gender are spectrums and preferences can change as we do. But she recognizes that some people feel the need to label themselves and it’s important to respect that belief.

“I’m just Hada. Remember you’re not a product that needs a label,” she tells her Instagram followers. “I’m just me and you’re just you, so just let things flow.”

For some people, seeing an openly Jewish member of the LGBTQ+ community peacefully exist is nothing out of the ordinary — except it’s not the norm everywhere. As someone who faced some nasty, negative comments about my own Jewishness in the very conservative, very Catholic country of Mexico, and who has had serious doubts about her sexuality, seeing Hada live her life so freely and succeed without these things being a major issue is an indication that things are changing — slowly, but surely — for the better in our country.

While my own personal journey with my Jewishness and sexuality were a bit rough, I am now proud of who I am, and I remain hopeful that things will get better and be a bit easier for those who come after Hada and me.