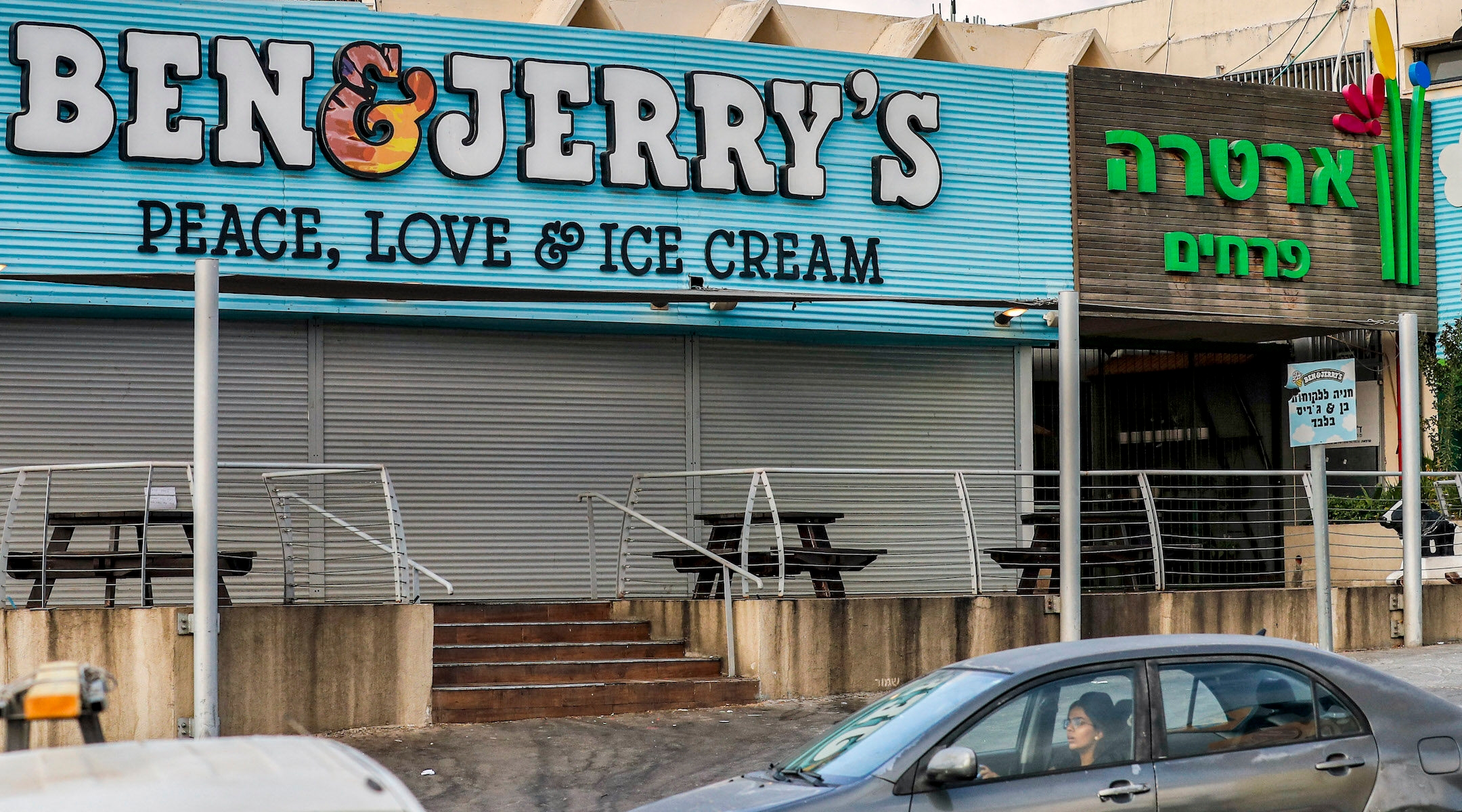 (JTA) — It has been a question insiders have posed all week: Could Ben & Jerry’s decision to stop selling its ice cream in the West Bank trigger many or all of the laws that U.S. states have passed in recent years to hurt the Israel boycott movement?

Well, five states are already looking into it.

Officials in Florida, Texas, New York, New Jersey and Illinois are reviewing whether the move will require divestment from Ben & Jerry’s parent company Unilever under their various state laws.

There are 34 states in total that require their governments to stop doing business with companies that boycott Israel — and 21 of those explicitly include West Bank settlement boycotts in their definitions.

Of those states, 12 are required to remove companies that engage in boycotts from state employee retirement investment funds — an action that experts say is far more damaging than simply ending contracts with a company for its goods and services.

Here’s a look at the five states that have launched actions so far:

Gov. Ron DeSantis, a Republican, on Thursday wrote to the State Board of Administration, which manages the state’s retirement and other funds, asking that it place Ben & Jerry’s and Unilever on the “Continued Examination Companies that Boycott Israel List.”

“Continued Examination,” under Florida law, means that at least one piece of evidence has come to light that a company is taking an action that would according to Florida law cut it off from state business. Should it determine that the company is indeed in conflict with Florida requirements, it would go on the Scrutinize Company List, which would mandate that Florida divest its funds from the company.

Florida law explicitly extends to companies that boycott, divest or sanction West Bank settlements, and it extends its purview to the state retirement funds.

Glenn Hegar, the state comptroller, told CNBC that he has launched an inquiry to determine if Unilever meets the standard to be delisted from companies with which the state does business.

“I’ve directed my staff to determine whether any specific action has been taken by Ben & Jerry’s or Unilever would trigger a listing under Chapter 808 of the Texas Government Code,” he said.

“This letter serves as notice that the Fund intends to include Unilever on our list of companies participating in BDS activity if these reports are correct,” the letter says.

New York has yet to pass any BDS-related laws, although some are under consideration. However, in 2016, Gov. Andrew Cuomo issued an executive order still in effect that bans doing state business with companies observing BDS, and extended it to investment funds. The executive order does not explicitly address whether settlement boycotts are included.

Illinois law requires that state employee retirement funds divest from companies that promote BDS, including those who restrict their actions to Israel’s settlements.

Daniel Goldwin, the executive director of public affairs at Chicago’s Jewish United Fund/Jewish Federation of Metropolitan Chicago, told the Jewish Telegraphic Agency that the process of review by the independent Illinois Investment Policy Board was underway. The board wrote to Unilever, giving them 90 days to “explain why their reported actions are not a violation of Illinois law.”

“At the next quarterly meeting, the board will review the company’s response and/or invite them to testify and answer questions. Then, if it’s determined that state pension divestment is warranted, the actual divestment will occur in a ‘timely way that does not lead to a material loss of value,'” Goldwin said.

Jewish Insider on Friday quoted an official in the State Treasurer’s office as saying that “the Division of Investment is aware of the situation and is working to determine whether any actions must be taken to ensure continued compliance with the State’s anti-BDS law.”

Gov. Phil Murphy, a Democrat, was “disappointed” in the decision, a spokeswoman said.

“The governor believes we must continue working toward the shared goal of peace and mutual respect,” the spokeswoman told USA Today.