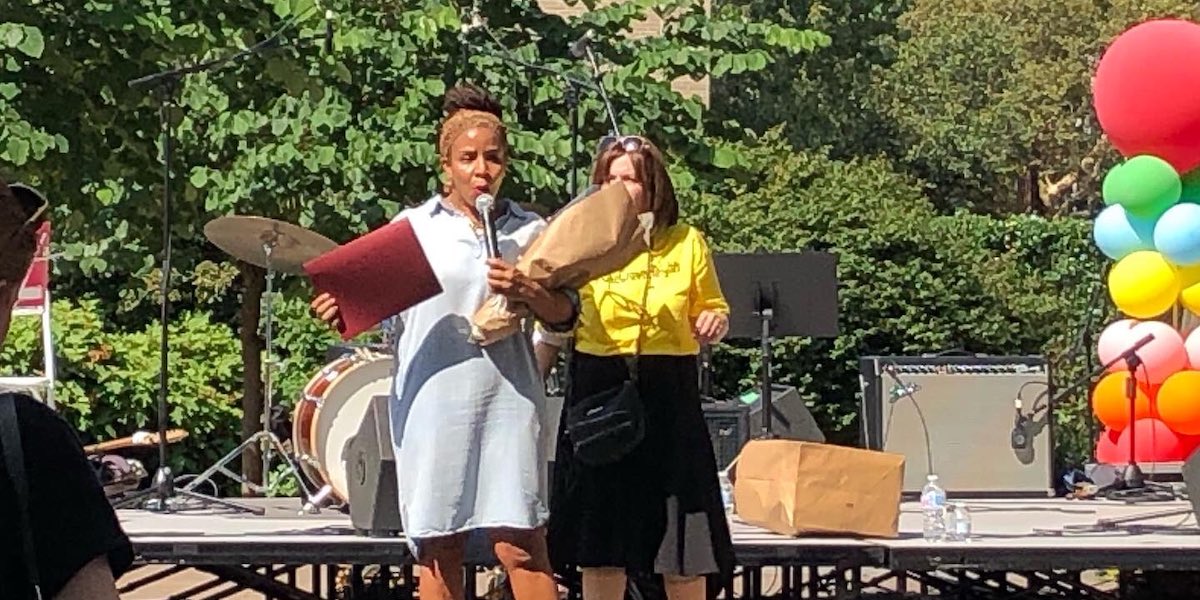 Black and Jewish leaders take part in the One Crown Heights Festival, Sunday, Aug. 16, 2021, marking the 30th anniversary of the riots that roiled the Brooklyn neighborhood. (One Crown Heights)
Advertisement

Good morning, New York. This week’s update comes to you from the Berkshires, where Jews from New York and Boston put aside their bitter rivalry to enjoy the fine arts, picnics and walks in the woods.

Dozens of progressive Jewish leaders have signed a letter condemning AIPAC for social media ads targeting Rep. Alexandria Ocasio-Cortez (D-Bronx/Queens) and other members of “the Squad.”

Jewish aid organizations are trying to address humanitarian crises in Haiti and Afghanistan.

The 1975 kidnapping of Samuel Bronfman II, the son of the late Jewish philanthropist Edgar Bronfman, is back in the news.

How local synagogues are adapting High Holiday services to the COVID-19 surge:

Lincoln Square Synagogue, the Modern Orthodox congregation on the Upper West Side, has updated its COVID guidelines, and they are strict.

Lab/Shul, the “God-optional experimental Jewish community,” plans to meet in person at the Manhattan Center with some changes to its initial protocol.

American Jewish Committee has launched “Disrupt Antisemitism,” an incubator for young American Jews focused solely on developing bold ideas to combat antisemitism. Inspired by the incubators of Silicon Valley, AJC is calling on young Jews from around the country to submit ideas to take on antisemitism locally, nationally, or virtually. Winning proposals will receive up to $10,000 in seed funding from AJC, along with access to AJC expertise and mentorship from leaders in the fields of advocacy, finance, and tech as they bring their ideas into reality.

The Helen Diller Foundation’s 2021 Diller Teen Tikkun Olam Awards Virtual Celebration will celebrate 15 teens from across the nation for their leadership in a project that’s aimed at making the world a better place. The awardees receive $36,000 each to further their initiative or education. Today, 11:00 a.m.

Georgetown University’s Jonathan Ray explores the expulsion of Jews from Spain in 1492 and its significance in Jewish history. Register for this Jewish Theological Seminary event here. 2:00 pm.

Photo, top:  Black and Jewish leaders take part in the One Crown Heights Festival, Sunday, Aug. 16, 2021, marking the 30th anniversary of the riots that roiled the Brooklyn neighborhood. (One Crown Heights)