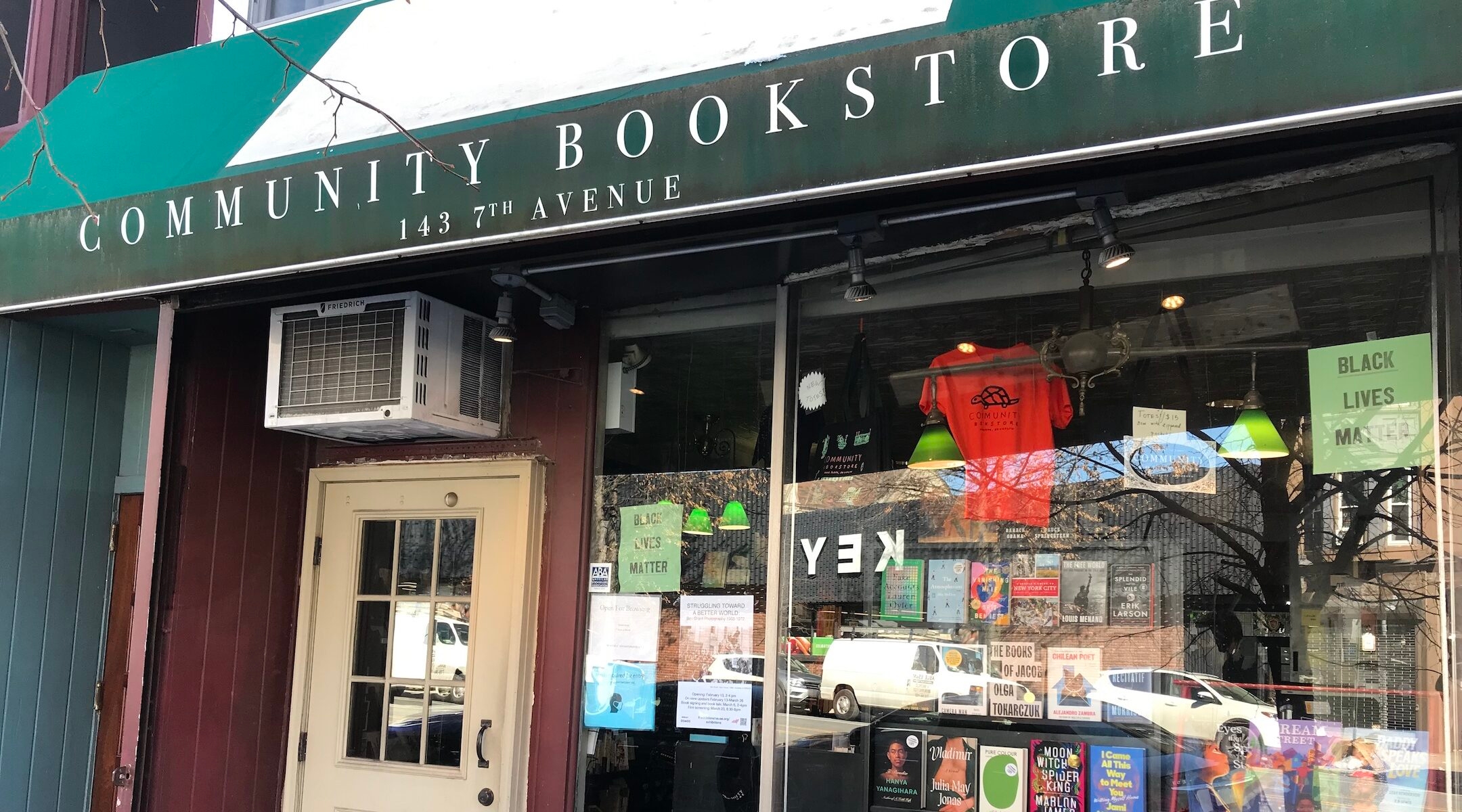 The display window at Community Bookstore in Park Slope, the independent shop run for the past 12 years by Ezra Goldstein, who is retiring. (Julia Gergely)
Advertisement

Good morning, New York. On this date in 1963, The New Yorker published the first part of “Eichmann in Jerusalem,” philosopher Hannah Arendt’s controversial book-length essay on the trial of the “terrifyingly normal” mastermind of the Holocaust.

Shelf life: Ezra Goldstein was 60 when he decided to take over the struggling Community Bookstore in Park Slope (photo, above). Twelve years later, after transforming Brooklyn’s oldest independent bookstore into a neighborhood hub for literary culture, he’s retiring this week. Julia Gergely reports.

Safe space: Roslyn Engelmayer — “Bubby Roz” — is an adopted grandmother to the “misfit” Jews of the Lower East Side. Writing in Alma, Je’Jae Cleopatra Daniels pays tribute to a woman who opens her doors to kids who don’t fit the class, race and gender expectations of the Orthodox world.

At his side: Mayor Eric Adams appointed Joel Eisdorfer, a Hasidic Jew from Borough Park, as a senior advisor on Jewish affairs and small business recovery efforts, the Jerusalem Post reported. Eisdorfer is thought to be the first Hasidic Jew appointed to the position.

Remembering: Rebbetzin Chave Hecht, the founder of Camp Emunah Bnos Yaakov Yehudah — an overnight camp for observant Jewish girls — and a host of other educational initiatives originating in the Chabad-Lubavitch community, died Feb. 8 at the age of 95. Born in the Brownsville section of Brooklyn and educated at public schools, she, along with her husband, the late Rabbi J.J. Hecht, also directed a Jewish summer day camp on Coney Island for public school children, pioneering Chabad’s outreach to non-observant Jewish families.

Julie Platt, a leading Los Angeles philanthropist, one-time banker and mother of Broadway star Ben Platt, was named as the second woman to chair the Jewish Federations of North America, which is headquartered in New York. Chair of a foundation named for her and her husband, Hollywood producer Marc Platt, she has been involved in an array of Jewish educational initiatives.

The Hadar Institute named Deborah Sacks Mintz as director of tefillah and music and the newest member of Hadar’s faculty. She takes on the role after serving as an artist, consultant and teacher for Hadar’s Rising Song Institute.

The Leo Baeck Institute presents “Jerusalem, New York and London: A Discussion of Three German-Jewish Diasporas” with Lori Gemeiner Bihler and Thomas Sparr. They will talk about three neighborhoods (Rehavia in Jerusalem, Washington Heights in New York and Hampstead/Swiss Cottage in London) and the havens they provided for Jews from Nazi Germany. Register here. 11:00 a.m.