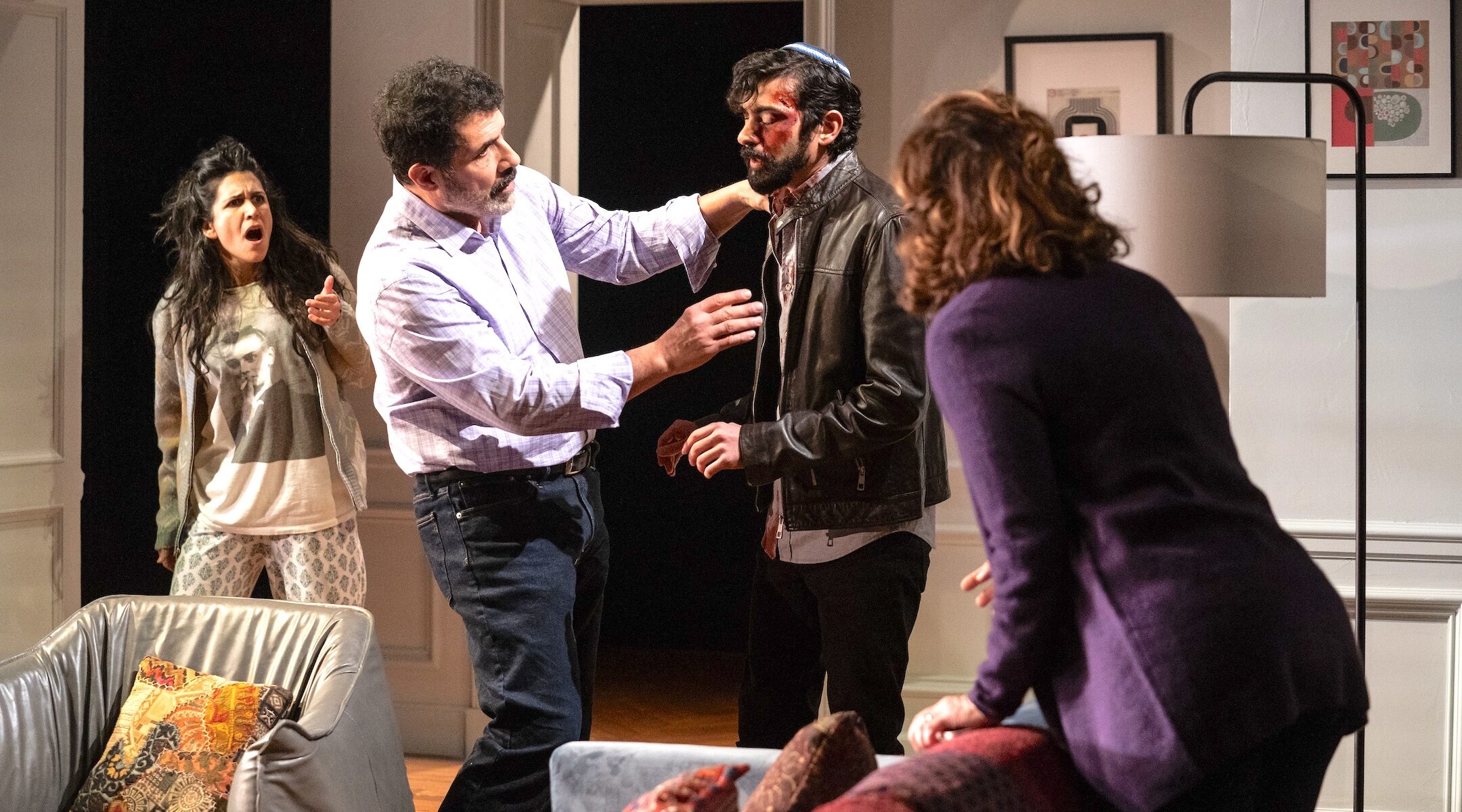 "Prayer for the French Republic," a new play by Joshua Harmon, explores the fears of five generations of French Jews living in the shadow of antisemitism. (© Matthew Murphy 2021)
Advertisement

Good morning, New York! Starting later today you’ll see some changes at the New York Jewish Week as we better integrate with the Jewish Telegraphic Agency: a new logo, a new site design, and a fresh new look for this morning newsletter. What won’t change is our daily mix of great features, breaking stories and suggestions for enjoying the best of Jewish New York.

Stage fright: A new off-Broadway play, “Prayer for the French Republic,” asks whether the Jews of France should stay or go in the face of rising antisemitism. The New York Jewish Week talks to the director, David Cromer, about how his own Jewish identity shaped the show. (Cast photo above © Matthew Murphy 2021)

More hate: Someone scrawled a swastika on the scaffolding outside an NYU building near Waverly and Broadway. An NYU spokesman said, “The University condemns this act of revolting vandalism, and wants the Jewish members of the community to know that it will continue to reject and oppose anti-Semitism.”

On second thought: The New York-based Jewish Federations of North America added gun violence and LGBTQ rights to their annual priorities list, following a Jewish Telegraphic Agency story noting that both items had been removed.

Found dead: Bernie Madoff’s sister and brother-in-law died in an apparent murder-suicide at their home in Boynton Beach, Florida, Thursday. A motive was not made public.

Jeffrey R. Cohen was one of the four people held hostage at a Texas synagogue on Jan. 15. In a JTA exclusive, he explains the lesson he learned while facing a gunman steeped in antisemitic fantasies.

Some 5.8 million genealogical records from JewishGen — an affiliate of New York’s Museum of Jewish Heritage — are now available through MyHeritage, the genealogy giant based in Israel, thanks to a just-announced licensing agreement.

Workers Circle presents a conversation with Ari Berman, senior reporter at Mother Jones and author of “Give Us the Ballot: The Modern Struggle for Voting Rights in America.” The event is free but registration is required. Sign up here. 7:00 p.m.

An item in yesterday’s newsletter incorrectly identified the American basketball player seeking citizenship in Israel. He is Jared Armstrong.