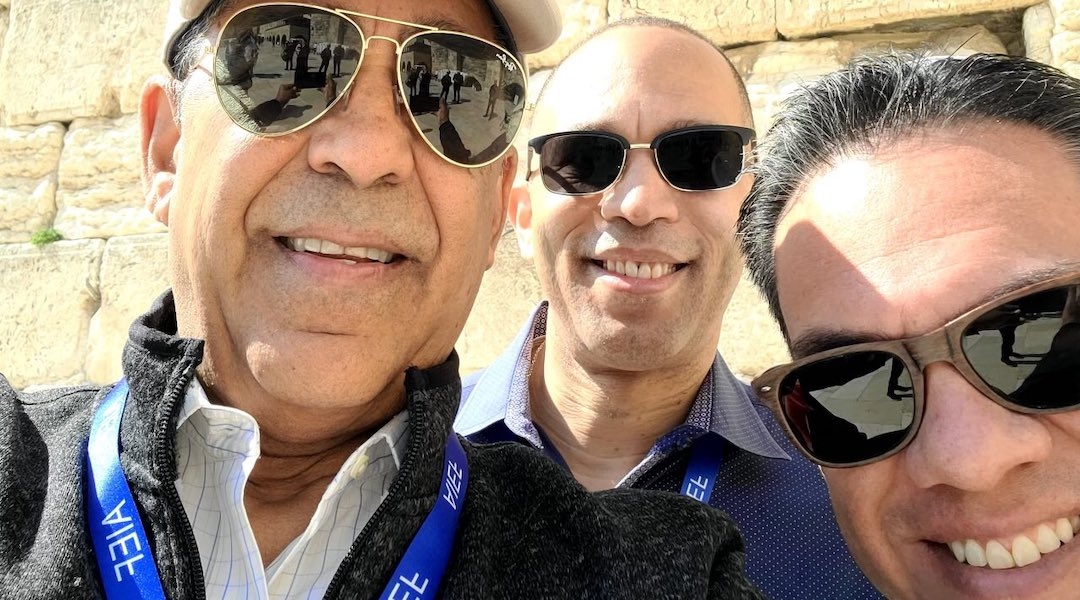 Good morning, New York. Join our friends at The Nosher today at noon ET for a conversation with Barry Levenson, curator of the National Mustard Museum in Middleton, Wisconsin. He’ll talk about this most Jewish of condiments with Shannon Sarna, editor of The Nosher. Sign up here.

Days of rage: In a new podcast, “Love Thy Neighbor,” journalist and New Yorker Collier Meyerson draws on her own Jewish and Black roots to explore the Crown Heights riots of 1991. In an interview with The Jewish Week, she discusses “a flashpoint that shaped a dark new era of politics, policing, antisemitism and anti-Black racism in New York City.”

They’ll pass: A rabbi in Midwood, Brooklyn said he has signed more than 5,000 letters for city workers and nonprofit staffers seeking exemptions from city vaccine mandates.

ICYMI: As Russia amasses troops on its border with Ukraine, our colleagues at JTA gauged the fears and hopes within the country’s Jewish community.

Jared Armstrong is the Black Jew from Philadelphia who was turned down by Israel when he tried to become a citizen. The Jewish Week’s Andrew Silow-Carroll writes about the mix of theology and politics that continues to drive a wedge between liberal Diaspora Jews and an Israeli religious establishment dominated by the haredi Orthodox.

The Jewish Theological Seminary presents the first session in a six-part literary and historical introduction to the Passover Haggadah. Dr. Robert Harris, professor of Bible and Ancient Semitic Languages at JTS, will examine the biblical and ancient rabbinic texts as well as medieval versions of the Haggadah. $180 for the six sessions. 7:00 p.m.

JCC Manhattan hosts a Zoom Q+A with filmmaker Julia Newman, whose film, “Albert Einstein: Still A Revolutionary,” makes the case that the physicist’s example of social and political activism is as important today as are his groundbreaking theories. For more info and to register, click here. 7:00 p.m.