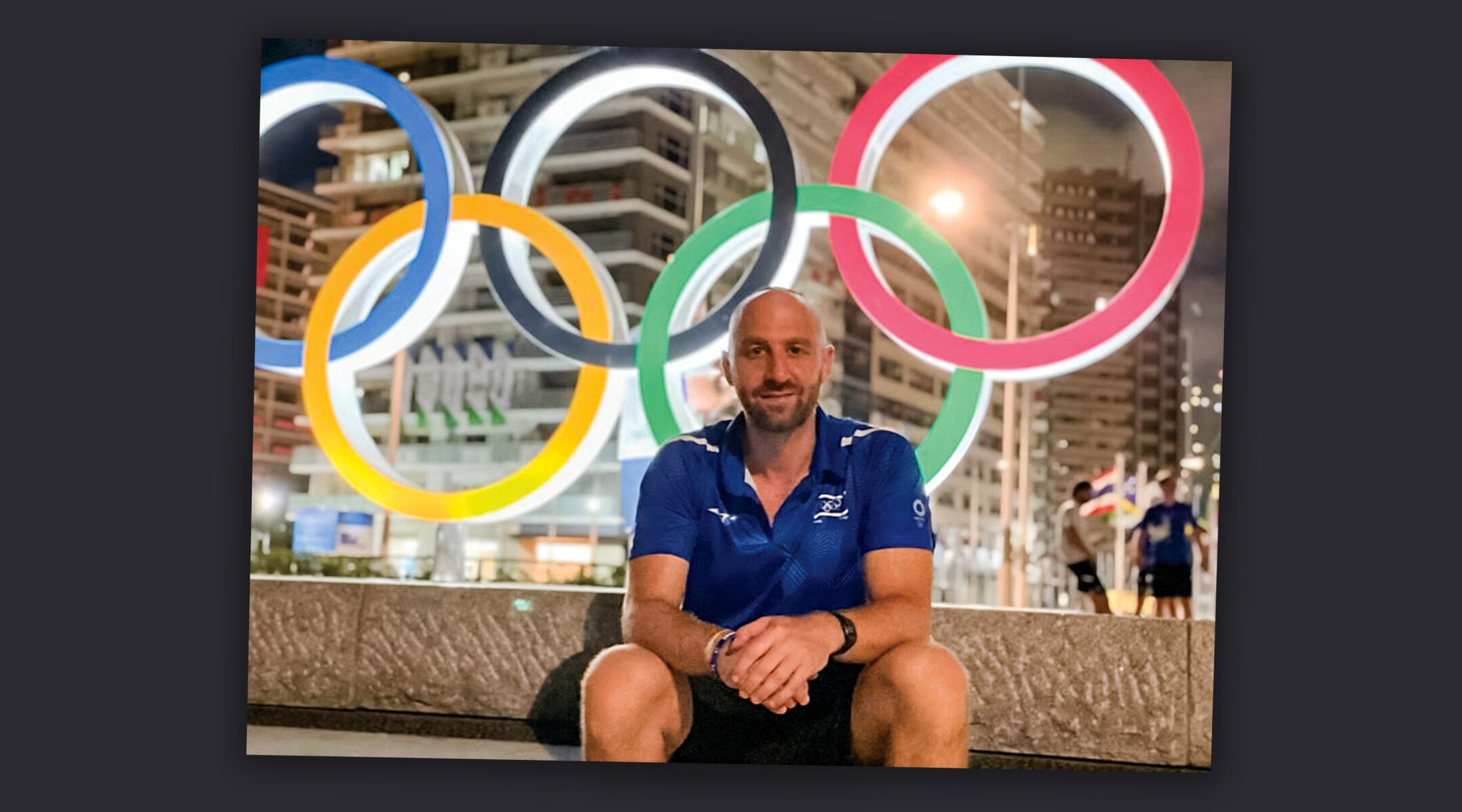 (Baltimore Jewish Times via JTA) — Reflecting on the Israeli baseball team’s performance at the recently concluded Tokyo Olympics, the squad’s sports physical therapist said it was “painfully close” to competing for a medal.

“Being that close showed a lot of people,” said Yoni Rosenblatt, a fourth-generation Baltimorean who lives in suburban Pikesville, Maryland. “We heard it from Mexico, who we knocked out of the tournament, which is a perennial international baseball powerhouse. And we heard it from the Dominican [Republic] team that we lost to in the bottom of the ninth inning, how amazed they were that Israel was competing at such a high level.”

Israel’s Olympic run came to a heartbreaking end in Tokyo with a ninth-inning loss to the Dominican Republic, which followed earlier defeats to the United States and South Korea (twice). Its only victory in five games came against Mexico.

Had a few things gone differently, the team could have won a bronze medal — at a minimum — Rosenblatt speculated. He noted that Israel’s No. 1 starter was injured 10 pitches into the tournament and was sidelined the rest of the way.

Rosenblatt specializes in treating elite-level athletes. He has worked with members of the Baltimore Ravens, the Baltimore Orioles, the Green Bay Packers, the New York Knicks, the Cleveland Indians, the Tennessee Titans and many other pro sports teams.

He found his way to treating Team Israel through a mutual friend of Adam Gladstone, its former director of baseball operations, who was assembling players for the World Baseball Classic in 2016.

Rosenblatt traveled with the team that year to New York to qualify for the WBC. The following year he was at the World Baseball Classic in South Korea and Tokyo.

“The Seoul, Korea, experience was unbelievable, just because we were really able to get a piece of Korean culture while we were there,” Rosenblatt said.

Rosenblatt was gladdened as well by what he viewed as a sympathetic perception of Israel in South Korea.

“They have a soft spot in their heart for Israel because the nations have followed a somewhat similar trajectory … as hubs of technology,” he said. “Also, how to live with an uncertain, let’s call it ‘neighboring countries,’ that both South Korea and Israel have to deal with on a daily basis.”

As for Tokyo, Rosenblatt said he saw it as electric, energetic, organized and inspiring.

“Seeing their open-air markets, which is a throwback to early Japanese culture and history, and then walking three blocks and being on the Rodeo Drive of Tokyo, where all the highest-end markets and retail stores are at your disposal, was an awesome dichotomy to see,” he said.

In 2019, Rosenblatt traveled with the team in 2019 to Bulgaria for the Olympic qualification game, where Israel prevailed, and accompanied it to the Tokyo games this summer.

The types of injuries for baseball players can be distinct from those other sports, Rosenblatt said. Issues with elbows, shoulders and hips  occur often with baseball players.

“The tasks that we have to get them back to are very unique,” Rosenblatt said. “Understanding the physics and biomechanics of a joint, as is necessary to throw a baseball, is very unique and different than even throwing a football.”

Rosenblatt understands and appreciates how rare it is to work with Olympic-level athletes representing the Jewish state.

“I was tremendously proud to represent a state that I was raised to love in the State of Israel,” Rosenblatt said. “I was excited at the level of athlete that I would have the privilege of working with.”

A version of this story originally appeared in the Baltimore Jewish Times. Reprinted with permission.