An Israeli cabinet member was criticized for traveling abroad during a COVID surge. Then she introduced her new baby. 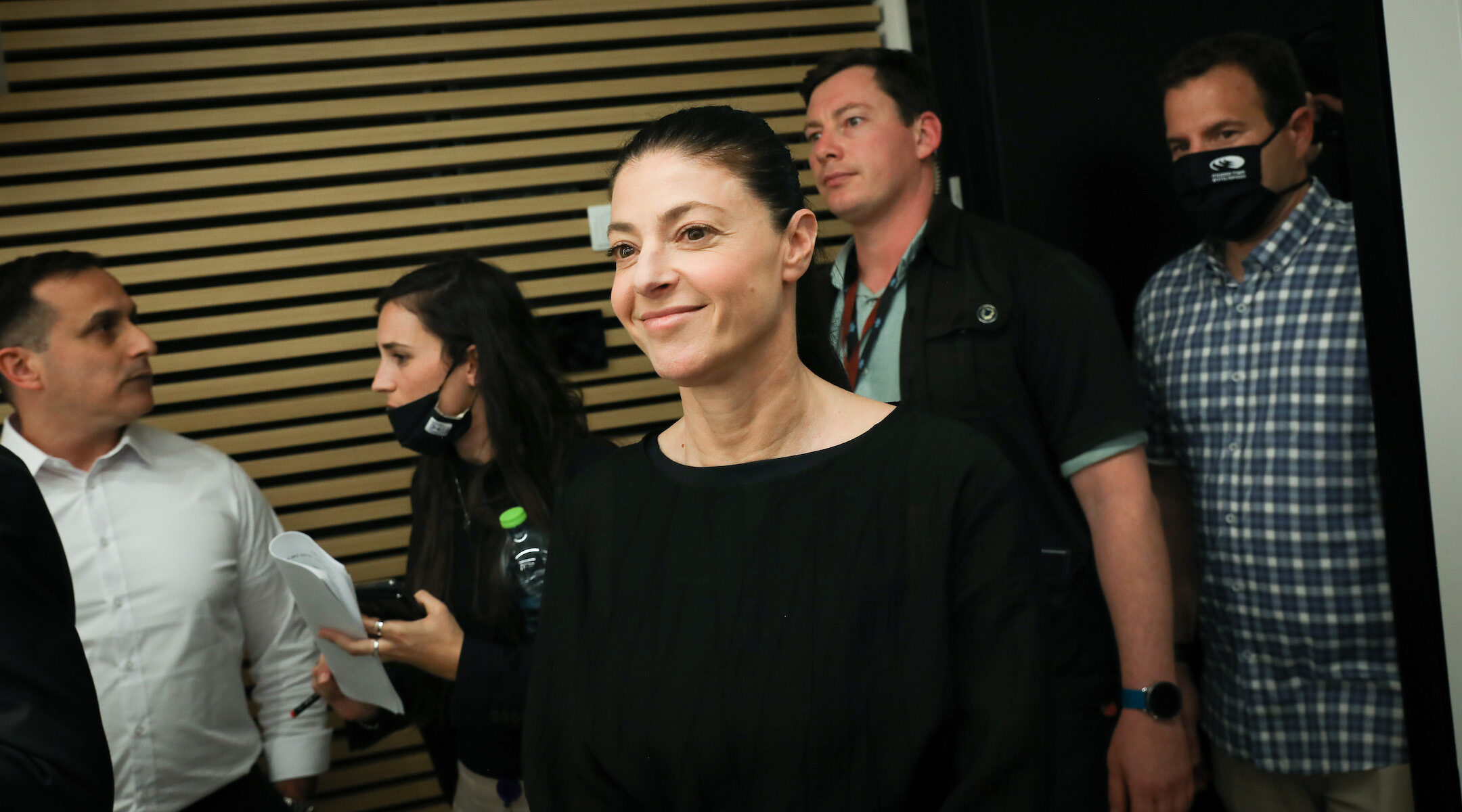 (JTA) — It sounded like a story heard time and again: A government official criticizes her rivals for breaking COVID restrictions — and then is caught breaking them herself.

That is what seemed to happen Friday night, when an Israeli reporter tweeted that Israel’s Transportation Minister Merav Michaeli had traveled to the United States, contrary to government recommendations.

Journalists and politicians called out Michaeli’s apparent hypocrisy as Israel grapples with a spike in COVID cases. The speaker of Israel’s parliament, a political ally of hers, pointed out that he chose to vacation with his extended family at a village within Israel. Galit Distel Atbaryan, a freshman lawmaker from the opposition Likud party, tweeted that last year Michaeli had criticized then-Prime Minister Benjamin Netanyahu for traveling to Washington, D.C., during the pandemic to sign a diplomatic treaty.

Michaeli, 54, is the leader of the Labor Party.

“Now Michaeli is relaxing in the U.S. while COVID is still COVID,” Distel Atbaryan tweeted, according to the Israeli newspaper Maariv. “Except there’s one difference: She won’t come back with a peace treaty.”

But on Saturday night, Michaeli revealed that she did come back with something — or rather someone — from her trip: a newborn baby.

She and her partner, the Israeli comedian Lior Schleien, had traveled to the United States because they were having a child through surrogacy. The announcement came with an extra level of surprise, because Michaeli is an outspoken feminist who has disputed the idea that women have an obligation to raise children.

Michaeli posted the news on Facebook, along with a photo of her and Schleien grinning and holding their son, Ori. She explained her decision in the post.

“When Lior first told me ‘Let’s have a baby,’ I was sure it was a punchline,” she wrote. “After all, he’s a comedian and we’re talking about me. And it’s well-known that I had no intention of having children.”

But she wrote that out of her love for Schleien, she agreed that they should become parents, writing that, “As time passed, I saw how much he wanted this, and I looked at him, and loved him. And I’ve chosen to live with him and take this journey with him.”

After Michaeli posted the news, the condemnations became congratulations in a country where having children is (almost) universally celebrated and highly incentivized by the government. Israel has relatively high fertility rates and provides monthly childcare stipends, in addition to subsidizing fertility treatments.

Avraham, the journalist who had reported on her trip, tweeted that Michaeli’s staff had not told him the reason for it, and wished her “a huge mazel tov.”

Distel Atbaryan deleted her earlier tweet, replacing it with her best wishes.

“I wrote a tweet that jabbed at Merav Michaeli for her trip to the U.S.,” she wrote. “It turns out that she flew there not for a vacation, but actually for the birth of her first son through surrogacy. I immediately deleted my tweet and I’ll take this opportunity to wish her all the best in that journey, and mazel tov.”

In her post, Michaeli said that becoming a parent has not changed her views on motherhood, which she wrote “turns into a burden on women,” and said that having a child should not be seen as obligatory. But she wrote that she’s happy to be a parent.

Schleien’s post was shorter. Above the same photo, he wrote, “Meet: Ori.”