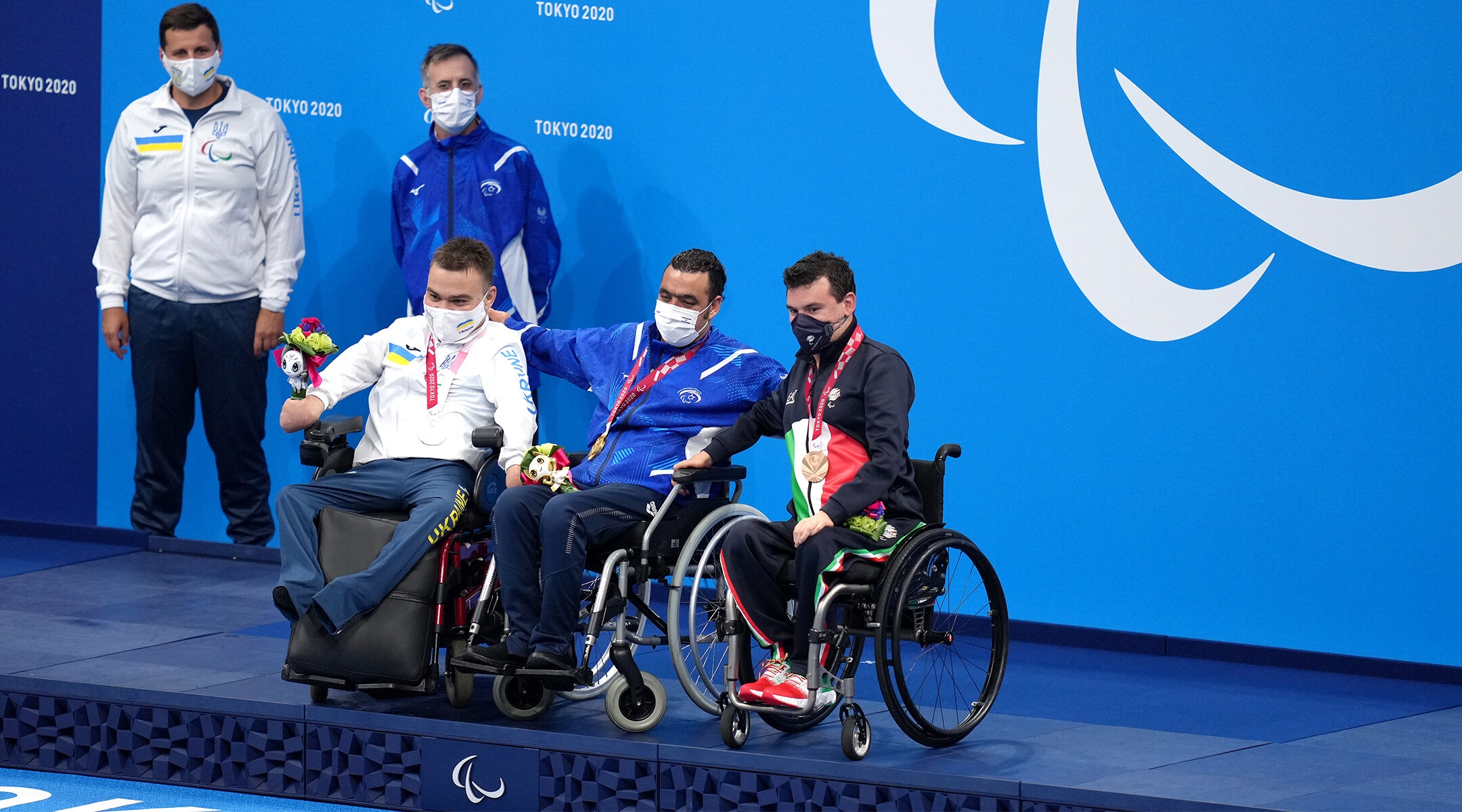 Israel's Iyad Shalabi, center, with the gold medal after the Men's 100m Backstroke - S1 Final at the Tokyo Aquatics Centre on day one of the Tokyo 2020 Paralympic Games in Japan. (John Walton/PA Images via Getty Images)
Advertisement

(JTA) — On the first day of the Paralympic Games in Tokyo, swimmer Iyad Shalabi made history: He became the first Israeli-Arab athlete to win a medal in the Olympics or Paralympics.

Shalabi, 34, won gold Tuesday in the 100-meter backstroke in the S1 division in a time of 2 minutes, 28 seconds. Paralympic sports have a wide range of classifications; S1 denotes severe activity limitations.

“My heart was pounding,” Shalabi’s father, Yusuf Shelby, told the Israeli media. “When he overtook his competitor, I cried. He was constantly training. Six years every day he trains. It’s like a dream.”

Shalabi was born deaf to a Muslim family in Shfar’am, in northern Israel. At age 12 he was paralyzed in an accident falling from a rooftop and lost the full use of his limbs.

He competed in the Beijing and London Paralympics but failed to medal. A 2017 short documentary “Swimming Against the Current,” directed by Assel Abu Hjoul, documented Shalabi’s path to the World Championships in Scotland. The documentary premiered at the 2017 Jerusalem Film Festival.

“Iyad is an inspiring man whose life is full of victories, and today he delivered another brilliant victory,” Israeli Culture and Sports Minister Hili Tropper wrote. “Iyad was not frightened by the high expectations and filled us all with great pride.”