A teacher’s Nazi salute roiled an NYC school in 2018. Did it also inspire Netflix’s ‘The Chair’? 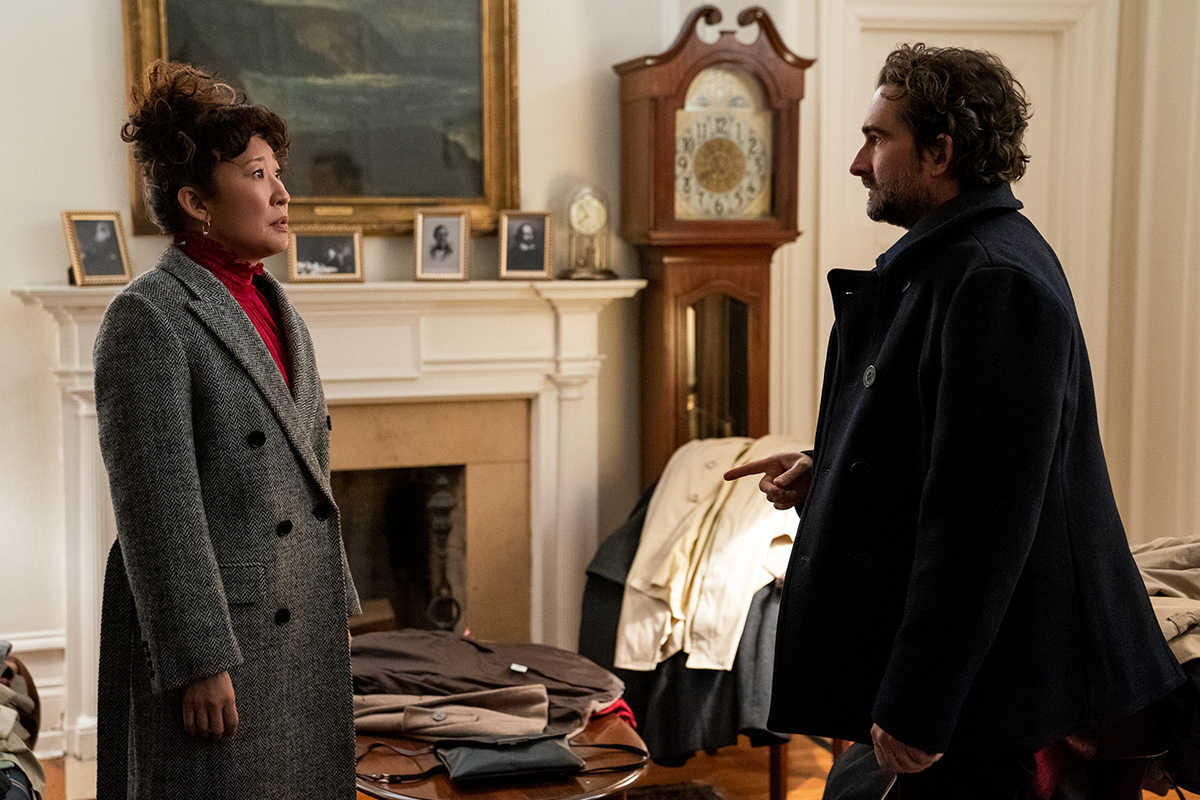 This article originally appeared on Alma. Light spoilers ahead for “The Chair.”

“The Chair,” Netflix’s new six-part dramedy set in the English department of a fictional Ivy League school, is about a lot of things: existing as a woman of color in academia, workplace sexual tension, parenthood, grief, Sandra Oh’s incredible double-breasted jackets.

It’s also about a casual Nazi salute — if there is such a thing — which occurs during the first episode and reverberates throughout the rest of the series.

That moment, replayed and refracted, becomes a way for the show’s writers to explore cancel culture on college campuses. It’s a narrative device, but it’s also very similar to a real event that occurred a few years ago at a prestigious New York City private school — the very one that Jewish co-creator Amanda Peet attended.

In February 2018, Ben Frisch was teaching precalculus at the high school where he’d taught for three decades, Friends Seminary in Manhattan. In demonstrating an obtuse angle, he found himself inadvertently in the posture of a “Heil Hitler” salute. Horrified, Frisch, grasping for a way out, called it out: “Heil Hitler!” he said. The joke fell flat.

Then, Frisch tried to explain: Until recently, making fun of Nazis was common, a Mel Brooks-inspired form of humor. Now, of course, any reference to Nazism was taboo. The class moved on, resuming discussion of math. As in “The Chair,” that seemed to be that. At first. But soon after, Friends’ principal, Bo Lauder, fired Frisch.

This incident and its aftermath were complicated by Frisch’s own Jewish heritage: Though, like Friends Seminary, Frisch is Quaker, his father was Jewish, and two of his great-grandmothers died at Auschwitz. Much of the student body rushed to his defense. They taped petitions to the principal’s door, staged sit-ins, wore “Bring Back Ben” pins and protested. Per the New York Times: “In a commencement address, the senior Benjamin Levine offered a thinly veiled critique of the administration: ‘It’s so much easier and simpler to decide someone is racist or ignorant or naïve — or anti-Semitic — than to engage in the messy work of trying to communicate and understand when conflicts arise.’” One protest sign read: “Firing a Trade Unionist Jewish Son of a Holocaust Survivor For Having a Mel Brooks Sense of Humor is Antisemitic.”

Anyone who’s seen “The Chair” will note where these stories align. Like Bill Dobson (Jay Duplass), the charmingly disheveled and wildly popular professor who makes this gaffe in the show, Frisch was well-liked, as shown by the ensuing wave of support. (Dobson, who is also a successful novelist, has an almost cultish student following.) Where the stories diverge is in the student reaction to the incident: In “The Chair,” after the salute is surreptitiously recorded on several students’ phones during the lecture (of course), the clip goes viral, devoid of all context, and starts a campus-wide protest for “No Nazis at Pembroke.” One Jewish student, a Professor Dobson devotee, even lists off statistics about the recent rise in antisemitic incidents in an attempt to help him understand why reactions are so strong.

As mentioned, co-creator Amanda Peet attended Friends Seminary (though well before the 2018 incident with Frisch). Peet’s Jewish identity is important to her: Born to a Jewish mother and a Quaker father, she’s married to Jewish writer and former “Game of Thrones” showrunner David Benioff. In 2015, she wrote a children’s book about being Jewish during Christmas time.

Though Peet has yet to mention Frisch in interviews around “The Chair,” this story, of another Jewish Quaker at her alma mater, may have inspired her.

In the Times piece about Frisch, Jonathan Mahler wrote: “That no one has accused Frisch of being an anti-Semite was beside the point: His invocation of the Nazi salute in a classroom full of high school students, regardless of his intentions, was enough to end his career.” Without spoiling too much, this very same question — of intent versus action — plays a key part in the fate of the fictional Bill Dobson.

But back to real life: In the end, after a union-supported hearing, Ben Frisch got his job back; he is once again teaching at Friends Seminary. It’s unknown if he’s watched “The Chair.”