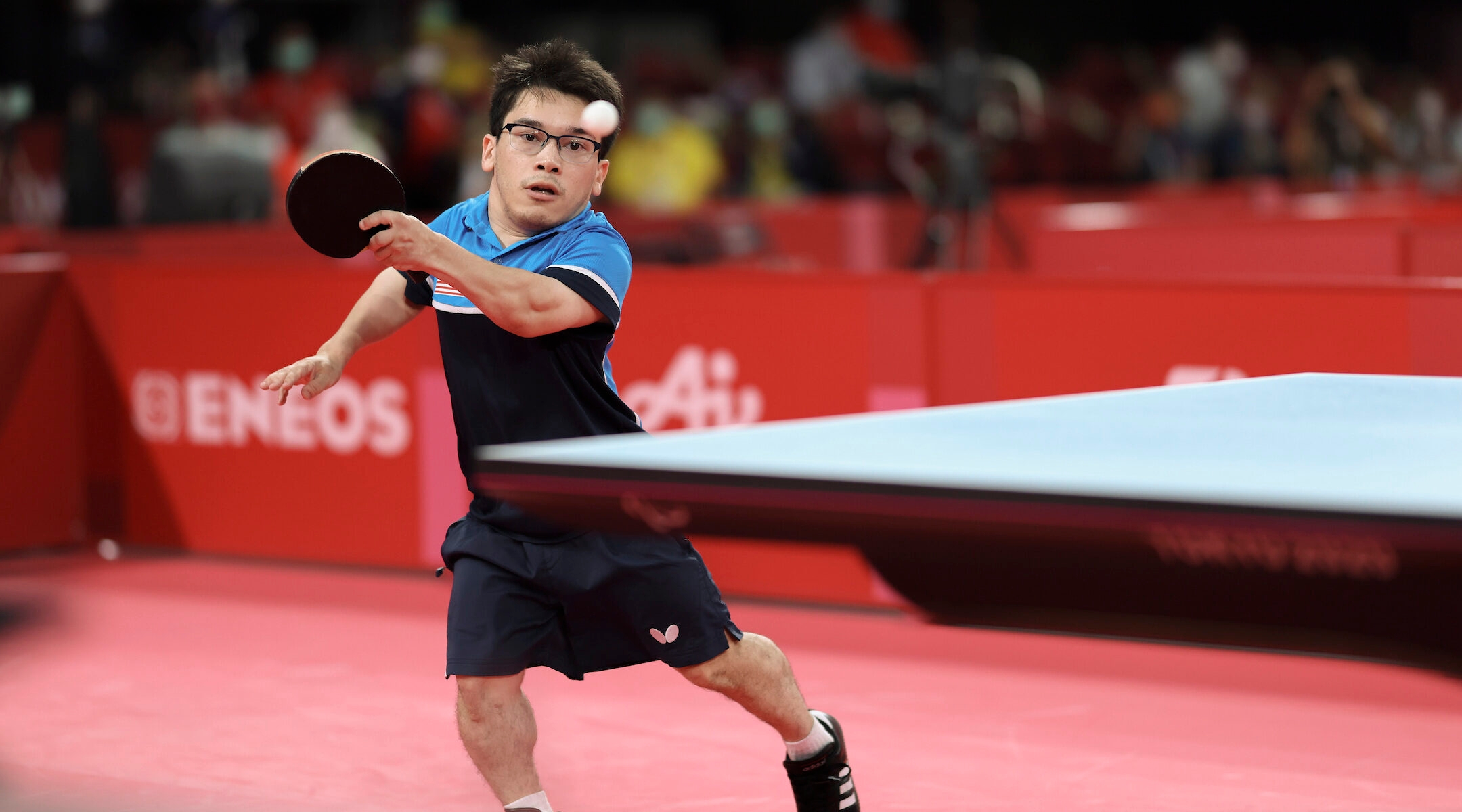 (JTA) — Jewish American Ian Seidenfeld upset the world No. 1 to win gold in table tennis at the Tokyo Paralympics on Saturday.

The 20-year-old has now followed the footsteps of his father Mitchell, a four-time Paralympic table tennis medalist who won gold in Barcelona in 1992. The elder Seidenfeld now coaches the Team USA Paralympics table tennis squad — in addition to coaching his son and a fellow Jewish member of the team, Tahl Leibovitz.

The younger Seidenfeld defeated the defending gold medal champion Peter Rosenmeier of Denmark, 3-0, to win. He had previously lost to Rosenmeier in preliminary round play.

Both Seidenfelds have Pseudoachondroplasia dwarfism, an inherited bone growth disorder, and compete in Class 6, “for players who can stand but have severe impairments in their arms and legs.”

“I couldn’t have dreamt for anything better,” he added.

Ian started playing table tennis at age 6 and qualified for the Paralympics in 2019. Last year’s COVID-19 postponement allowed him to have more time training with his dad at home in Lakeville, Minnesota. And while COVID-19 restrictions have banned family members from joining the Paralympians in Tokyo, since Mitchell is the team’s coach, he was able to be there for his son’s gold medal moment.

“When he started to play table tennis, I knew that he would want to be good,” Mitchell said after the match. “And he’s had to deal with a lot of pressure because he had to become a gold medalist. And it’s very difficult. So now he is a gold medalist. He has no more pressure. It was a little too much pressure for a boy to have, thinking that the only way to be successful is to be the best, but maybe it’s what drove him to become the best.”