Scattered by Hurricane Ida, the Jews of New Orleans prepare for High Holidays 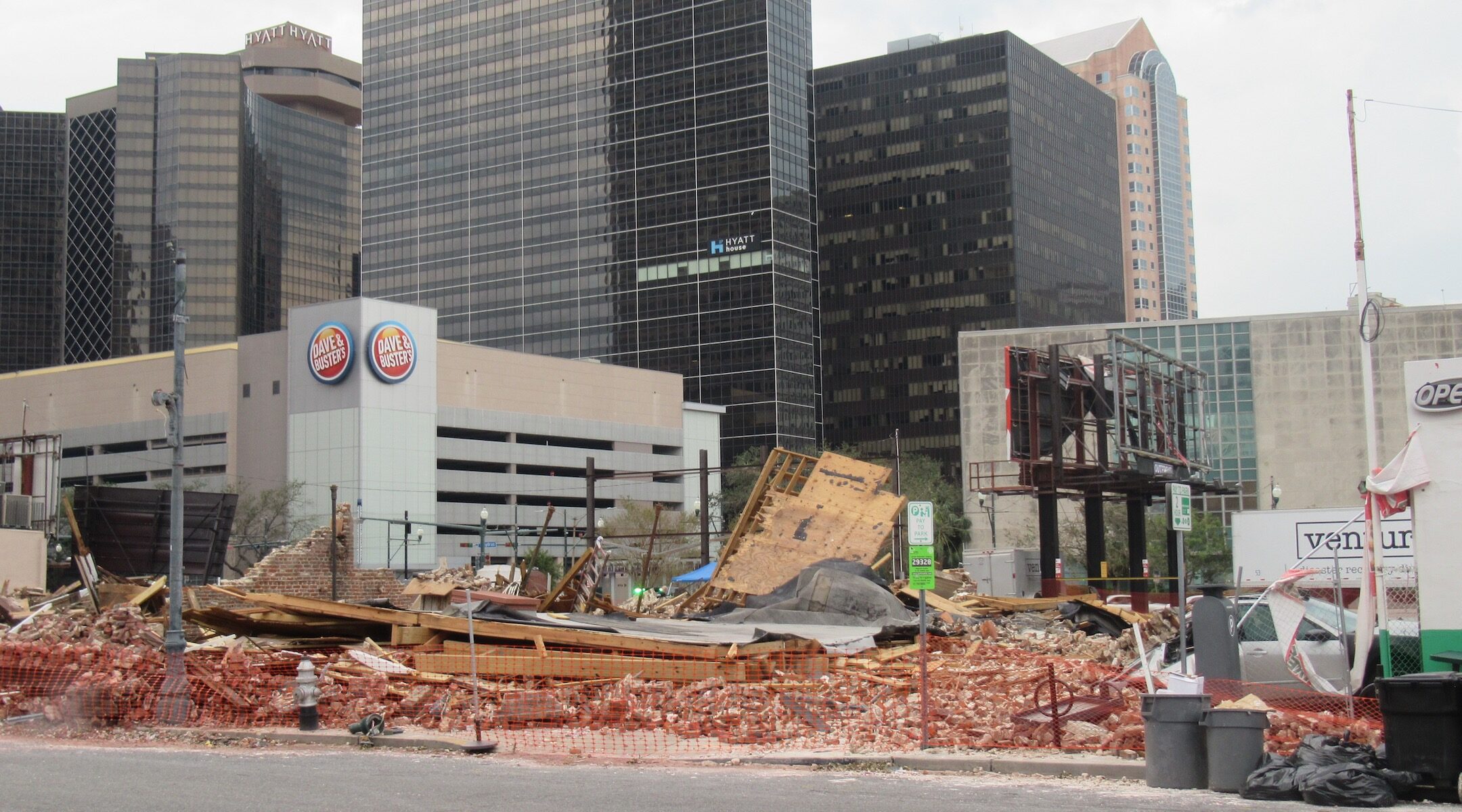 (JTA) — Once the hospice care workers evacuated and electricity went out in New Orleans, Alan Smason and his sister had to figure out what to do about their mother.

At 89 and suffering from dementia and a heart condition, she can hardly tolerate the heat of a Louisiana summer without air conditioning. An auxiliary oxygen supply is helping keep her alive.

That meant her native city was unsafe after Hurricane Ida made landfall Sunday, temporarily reversing the flow of the Mississippi River and toppling electric transmission towers.

Smason, who works as the editor of the Crescent City Jewish News, said they decided to buy her a plane ticket to Cleveland, where she has family that can care for her. This was a hard decision to make because they didn’t have a flight-approved oxygen tank carrier for her. She would have to board without the oxygen.

“I don’t know if I am ever going to see my mother again,” Smason said on Tuesday, the day before the scheduled flight. “I trust in God. But I don’t know if she will make it.”

The flight was canceled. His mother remains in New Orleans for now, staying with a family member who has a generator powering an air-conditioning unit. Her grandson from Dallas is on the way to pick her up and drive her out of town.

The family’s story is just one of many as New Orleans’ Jewish community, along with the rest of the city and region, contends with the effects of this week’s storm. Though the winds were stronger than Katrina’s in 2005 and the city does not know when it will get its power back, a strengthened levee system prevented devastating flooding, meaning that recovery will likely take weeks, not months or years.

But those weeks include the Jewish High Holidays, so the region’s Jewish communities are likely to be scattered at a time when Jews typically come together. The widespread evacuations add to an already difficult set of circumstances created by the pandemic with congregations across the country weighing public health directives against the desire to gather in some capacity.

“The Jews of New Orleans are dispersed right now,” said Rabbi Katie Bauman, senior rabbi of the city’s Touro Synagogue, said from her family’s temporary home in Memphis. “Many are in other cities having evacuated either before Hurricane Ida arrived or in its aftermath. Some have remained to care for elderly relatives or to take care of their property or for other reasons. The community is a diaspora right now.”

Like many congregations in the path of the storm, Bauman and her staff are deciding how to mark Rosh Hashanah, which starts Monday evening. Right now, they are leaning against a return to Touro. It would be too hot to bring however many of the 610 member families indoors without air conditioning, and they can’t count on having the power to stream services for those far away.

The clergy will probably gather somewhere else and live broadcast their Rosh Hashanah service, according to Bauman. “This year, with Covid, that was often the mode of prayer, and so we have exercised that muscle a lot,” she said.

The congregation is also wise from its experience during the Katrina disaster.

“New Orleans understands how to handle disruption,” Bauman said. “Most of the congregation lived through Katrina. People understand how this works.”

The community’s preparedness and protection offered by the city’s revamped levee system made for a rather calm post-hurricane virtual debriefing held by the Jewish Federation of Greater New Orleans on Tuesday evening.

“This is a very, very different situation than what we faced 16 years ago in Katrina,” Arnie Fielkow, the federation’s CEO and president, said to the roughly 80 people gathered on Zoom. “We have learned a lot of lessons even though the AT&T system has been difficult the last couple of days, it’s nowhere near some of the problems we had after Katrina. We are able to stream and listen to some news accounts. It’s important to emphasize.”

After an introduction from Fielkow, a representative from the Israeli consulate in Houston spoke, offering solidarity and support, and a member of the Jewish Federations of North America’s Emergency Committee announced an initial funding round of $50,000 for emergency aid.

“We realize the importance of taking care of each and everyone in our community, and I’m really pleased that we were able to turn this around so quickly,” said Wendy Abrams of JFNA.

Nearly 20 synagogues, schools, and other institutions representing Jewish communities across southern Louisiana gave stock of their situation. Representatives described the scattering of people induced by the storm and expressed a desire to support the most vulnerable in the community and to extend help to other communities.

Jewish federations and synagogues in Texas, Georgia, Tennessee and Alabama had relayed offers to provide housing and food. Most clergy in New Orleans were still deciding how to best serve their congregations for the High Holiday services, but it was clear that the Jews affected by the storm were also welcome to join other Jewish communities in the region for prayers.

The houses of prayers themselves appear to have all emerged largely unscathed by the gusts of wind kicked up by Ida, aside from some fallen fences, broken windows, and missing shingles.

At Touro, the sanctuary is especially old and majestic, having been built in 1909. The building has seen many storms and was flooded a bit in Katrina. Bauman went into the Ida storm worried that the roof would not survive.

“We are preparing for a much needed capital campaign. We need a new roof,” she said. “We were so relieved that it stayed where it is.”

There was one building with importance for local Jewish history that didn’t survive the hurricane: the former home and tailor shop of the Karnofsky family in New Orleans. It was an important site for jazz legend Louis Armstrong, who found friendship there and early support for his musical development.

Bauman is encouraging people to carry on the New Orleans Jewish tradition of supporting those outside their community.

“There are real dire needs throughout the state of Louisiana,” she said. “The Jewish community overall is in a strong position but there are people who are running out of food and are without power.”