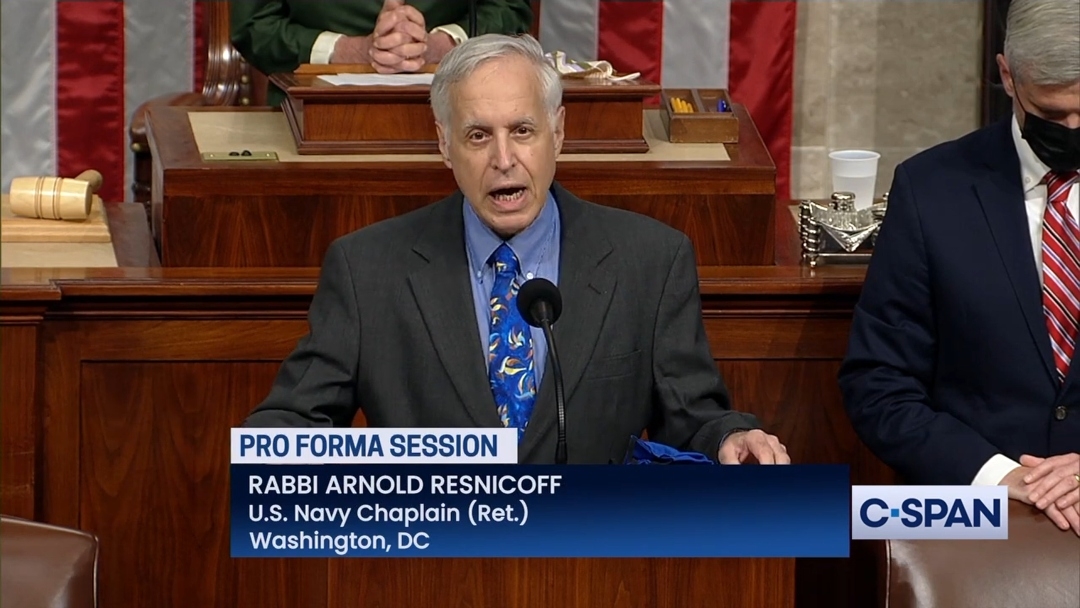 WASHINGTON (JTA) — The coincidence of the 9/11 terrorist attacks with the imminent High Holidays has long haunted the Jewish-American imagination.

On Friday, on the eve of the 20th anniversary of the attacks, the U.S. House of Representatives acknowledged the coincidence with an opening prayer by a rabbi.

Speaker Nancy Pelosi, D-Calif., introduced Rabbi Arnold Resnicoff, a retired U.S. Navy chaplain who has become known for his work to sanctify moments of American trauma, to deliver the prayer. Resnicoff likened the trauma of the memory of 9/11 to the introspection that comes with the Jewish High Holidays.

Al-Qaida terrorists who hijacked four planes killed nearly 3,000 people in attacks on the Twin Towers in New York City and on the Pentagon. Passengers and crew thwarted a planned attack by overcoming the terrorists and crashing the plane in Pennsylvania. The plane was believed to be headed for the U.S. Capitol.

This year, the 9/11 anniversary falls during the Days of Awe, the period between Rosh Hashanah and Yom Kippur. In 2001, Rosh Hashanah began on the evening of Sept. 17, six days after the attacks. Then-President George W. Bush noted the coincidence in his holiday message.

Resnicoff, a Vietnam War veteran, was instrumental in the establishment of the memorial for that war and has delivered invocations in Congress marking other traumatic events.