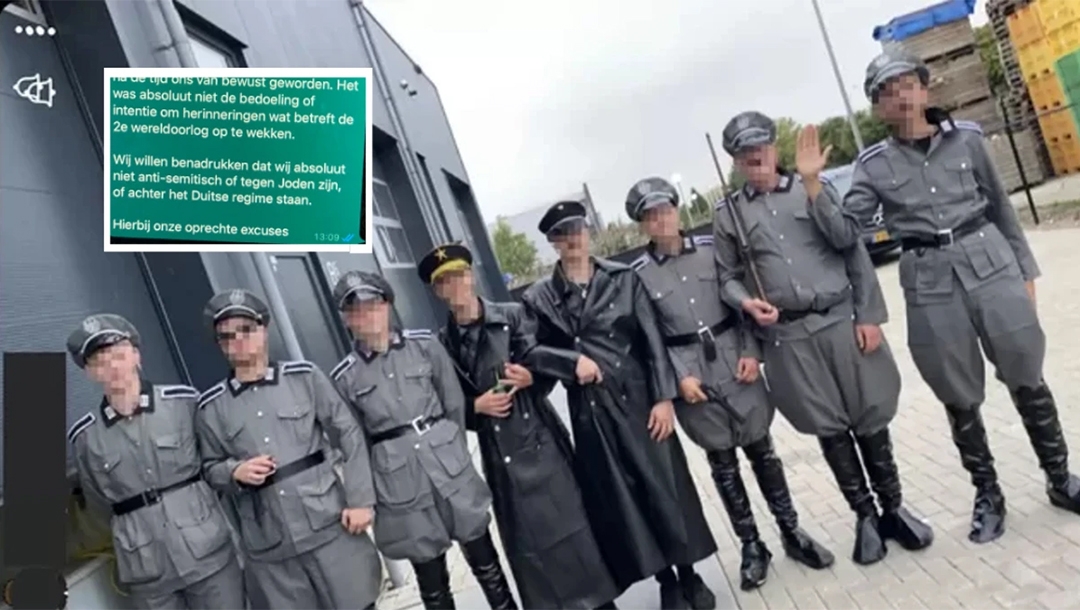 (JTA) — Several men dressed like Nazis were seen pretending to arrest a man wearing a yellow star as part of a rally against COVID-19 measures in the Netherlands.

Saturday’s incident in Urk, near Amsterdam, was the latest among the hundreds of rallies worldwide in which protesters have drawn what they regard as parallels between the persecution of Jews by Nazis to rules meant to curb the spread of the virus.

But the protest in Urk was unusual because of its theatrics and the fact that it happened where the Nazis actually rounded up Jews at gunpoint.

The 10 men involved in the incident apologized for their actions in writing in a statement obtained by the “Hart van Nederland” television program.

“We wish to express out sincere apologies,” the statement read, adding that the protest “crossed a line that it should have not crossed.” The protesters said they did not mean to offend Jews.

The young men played out a scene in which SS officers at gunpoint led a man wearing a striped uniform and a yellow star like the one that Nazis made Jews wear during the Holocaust, the NOS broadcaster reported.

The Urk municipality, which is considered one of the most pro-Israeli communities in the Netherlands, condemned the display in a statement.

“This behavior is not only objectionable, but also extremely inappropriate and offensive for many groups in the population,” the statement read.

Urk has flown the Israeli flag on various occasions, including in May to show its solidarity with Israel during its exchange of fire with Hamas.