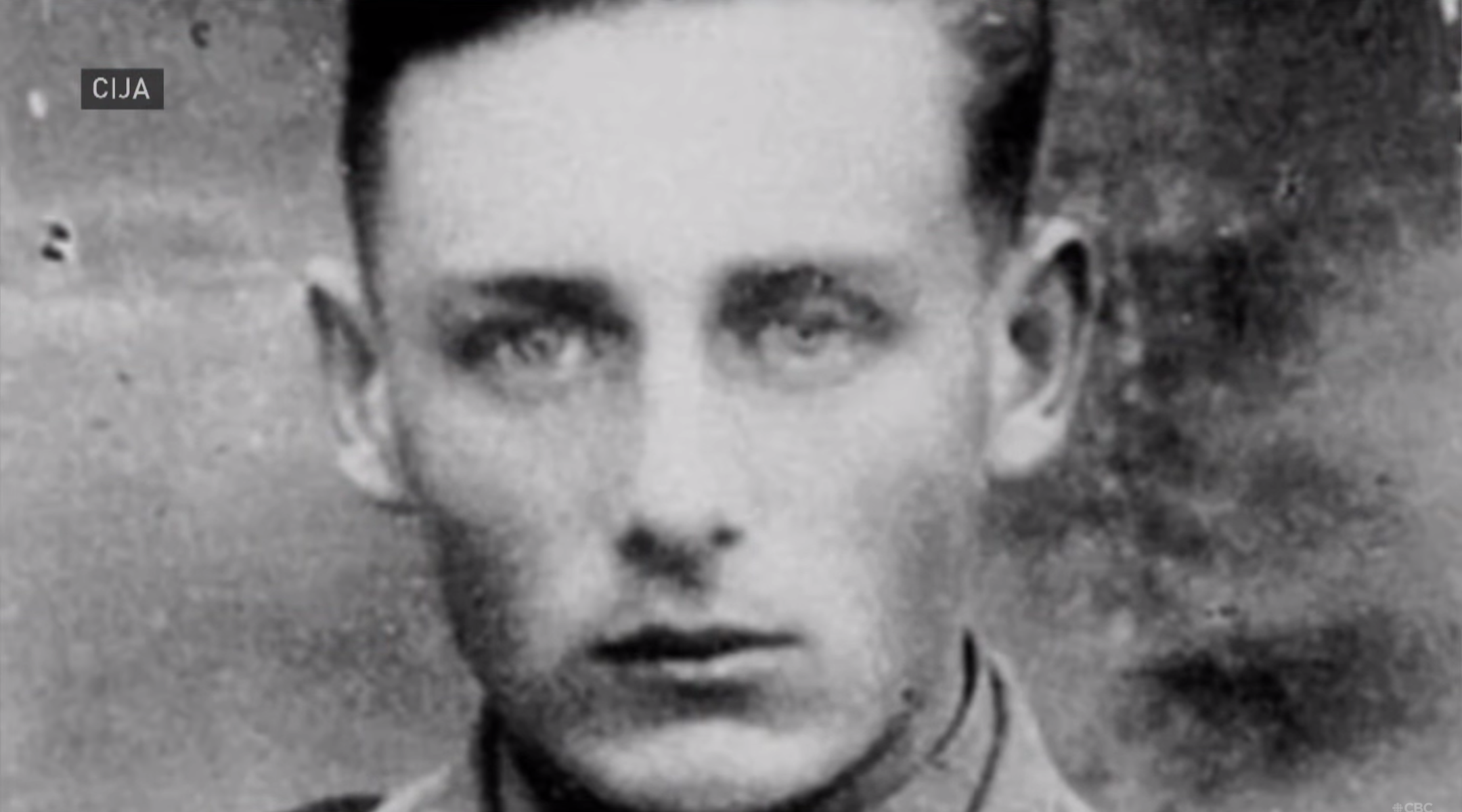 A photo of Helmut Oberlander when he was a translator for a Nazi death squad. (Screenshot)
Advertisement

(JTA) — A translator for a Nazi death squad died at home in Ontario at the age of 97, ending a decades-long effort to deport him from Canada for his role in the murders of tens of thousands of Jews.

Helmut Oberlander, who was born in Ukraine in 1924, had long said that he was forced on pain of death at age 17 to become an interpreter for Einsatzkommando 10a, a Nazi unit. The death squad killed nearly 100,000 people, most of them Jews, according to the CBC. Oberlander had not been accused of directly taking part in killing anyone.

In 1954, he emigrated to Canada and hid his activities during the war, eventually raising a family. His Nazi past appears to have been discovered as early as the 1960s. In the mid-1990s, the government began the process of revoking his citizenship, which succeeded after repeated appeals. He was in the midst of deportation hearings when he died on Wednesday.

B’nai Brith Canada, a Jewish organization, had fought for years for Oberlander’s deportation.

“The peaceful demise of Helmut Oberlander on Canadian soil is a stain on our national conscience,” Michael Mostyn, B’nai Brith Canada’s CEO, said in a statement. “The fact is that this country slammed its doors on Jewish refugees fleeing the Nazis, then allowed some of their tormentors into Canada and failed to deport them.”